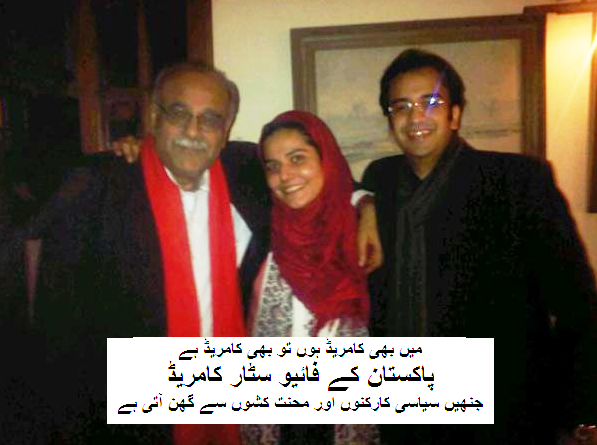 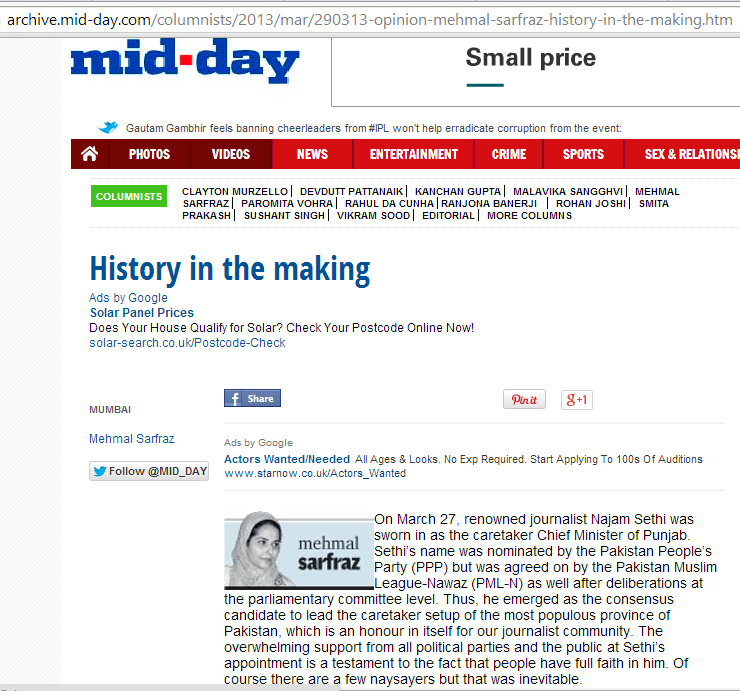 On March 27, renowned journalist Najam Sethi was sworn in as the caretaker Chief Minister of Punjab. Sethi’s name was nominated by the Pakistan People’s Party (PPP) but was agreed on by the Pakistan Muslim League-Nawaz (PML-N) as well after deliberations at the parliamentary committee level. Thus, he emerged as the consensus candidate to lead the caretaker setup of the most populous province of Pakistan, which is an honour in itself for our journalist community.

[LUBP’s Comment: Accepting a position of political power by a journalist is a direct clash of interest: Senior journalist Mazhar Abbas’s column on Najam Sethi https://lubpak.com/archives/255587

The overwhelming support from all political parties and the public at Sethi’s appointment is a testament to the fact that people have full faith in him.

Of course there are a few naysayers but that was inevitable.

When Sethi was taking oath as the caretaker CM Punjab, it was an emotional moment for many of us, especially those who want Pakistan to be a democratic and secular country. As someone who has known and worked with Najam Sethi, it gave me hope in Pakistan that a man who fought for his Marxist ideals, who has been labelled a ‘traitor’ because he believes in a liberal, democratic and progressive Pakistan, who is hounded by state and non-state actors alike, who went to jail thrice — twice under civilian governments and once during General Zia’s regime — now has the honour of being the caretaker CM, an office that comes with many responsibilities. This is called democracy.

Keeping the faith: Najam Sethi’s appointment as caretaker CM of Punjab is a testament to the fact that people have full faith in him

For his oath-taking ceremony, Sethi’s family had selected a red tie for him — perhaps as a nod to Najam’s Marxist youth as we often tell him that he is still a ‘Surkha’ at heart. A journalist friend’s son went to the oath-taking ceremony because his father wanted him to witness history in the making. “I wanted my son to see how a smooth democratic transition takes place. This is what we have been fighting for decades and finally we have won,” he said.

Malik Riaz, not Najam Sethi, is the caretaker Chief Minister of Punjab https://lubpak.com/archives/255299]

To have a neutral, unbiased caretaker chief minister is critical as elections in Punjab will be the most important ones. All parties contesting these elections will have a fair shot at forming the next government because it is the first time in our history that a neutral caretaker setup has been put in place instead of a handpicked one by the incumbents. Apart from the caretaker setup, we now have a strong and independent Election Commission of Pakistan (ECP). Democracy is indeed evolving in Pakistan. These elections will not just be the most free and fair elections but will also determine the future of our country.

The undemocratic forces would do anything to stall the elections but the people of Pakistan want to exercise their democratic right to vote. We cannot say what the future has in store for us but if the democratic process is allowed to continue without any interruption, Pakistan will be on the right path. In our context, redefining the contours of civil-military relationship is of fundamental value because the military has directly ruled Pakistan for more than half of its existence.

The conflict between the civilian and military institutions paved the ground for usurpers’ assumption of power by defiling the constitution, consequently turning Pakistan into a praetorian state, where civilian institutions’ existence was pegged to the whims of the military establishment. Now there is a chance to have a strong civilian government ruling the country so that the issue of civil-military relations can be resolved. Pakistan has come a long way. This is a vindication for all those who have fought for democracy in Pakistan.

The writer is a Pakistani journalist. Reach her at mehmal.s@gmail.com