Nusrat Javeed explains that Nawaz Sharif’s increasing trust on Najam Sethi (and his club of certain pro-establishment liberals eg Mosharraf Zaidi, Raza Rumi etc) shows that Nawaz Sharif and his PML-N are quite comfortable with this category of (fake) liberals.

Nusrat Javed also suggests that Sethi will once again repeat his performance of rigging the elections as caretaker minister for accountability in the Farooq Leghari cabinet, thus providing another landslide 2/3rd majority victory to PML-N. In return, Sethi may be made a Senator or ambassador to the U.S by PML-N. 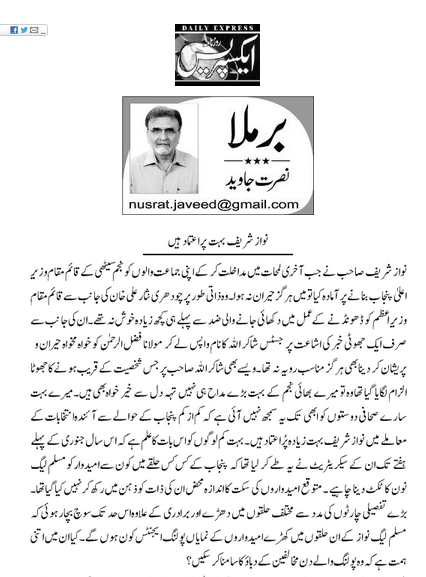 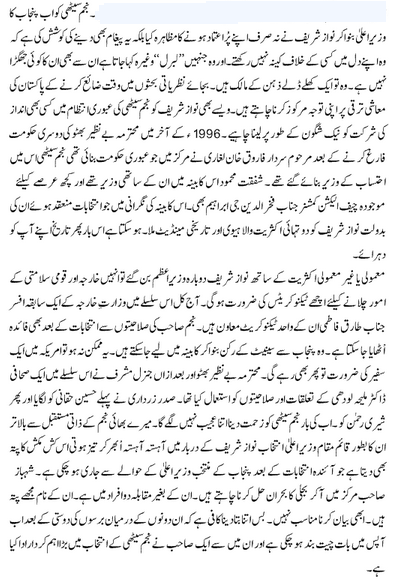