There is hardly an Islamofascist party or group which is not an offshoot of the Jamaat-e-Islami. Think about Haifz saeed of LeT. All his life he has been a Jamaat activist and planner. Think about Sipa-e-Sihaba/Ahle Sunnat Wal Jamaat (SSP/ASWJ): The SSP/ASWJ leaders and workers have been associated with the Jamaat. Think about the Muslim Brotherhood; the Egyptian party has been inspired by the Jamaat ideology. If you still remember the Afghanistan ‘jihad’ of the 1980s, you will know that it was the Jamaat which worked with the ISI to destroy Afghanistan. You ask any Bangladeshi who remembers the tragic events leading up to the war of independence, and he/she will tell you that it was two Jamaat groups, Al-Badar and Al-Shams, which facilitated the Bengali genocide. It was the Jamaat death squads which were instrumental in the near total annihilation of Bengali intellectuals.

The Jamaat is the mother of all terrorists in Pakistan. Look at the biography of any Pakistan reactionary journalist, politician, and mullah, and you wil find out that he has been a member of the Jamaat in the past. The Jamaat strategy is to let its members break away from it and form various social, political, and religious entities so that the Jamaat’s reach can expand; it also gives the Jamaat a perfect excuse to disown terrorists. A large number of Taliban and SSP/ASWJ Deobandi terrorists are affiliated to the Jamaat. But when they are arrested, killed, or found committing crimes, the Jamaat always claims that they are not its members any more. For instance, recently an American drone killed Abdul Rehman, a known terrorist and a member of the Jamaat’s student wing, the IJT. In the beginning, the Jamaat refused to accept who he was, but later when his body was brought to Karachi and his funeral prayers were led by a Jamaat leader, the Jamaat spokesman said that he had quit the party some time back.

Al the major al-Qaeda terrorists nabbed in Pakistan had been sheltered by the Jamaat members. The hostel of the Punjab University is a veritable refuge of al-Qaeda terrorists. They are nabbed regularly from there. And yet the Jamaat continues unabashedly to deny its link to terrorism. The notorious woman terrorist Dr Aafi Siddiqui was a Jamaat member. Her entire family is affiliated with the Jamaat. (Read: https://lubpak.com/archives/294539 and https://lubpak.com/archives/294383). 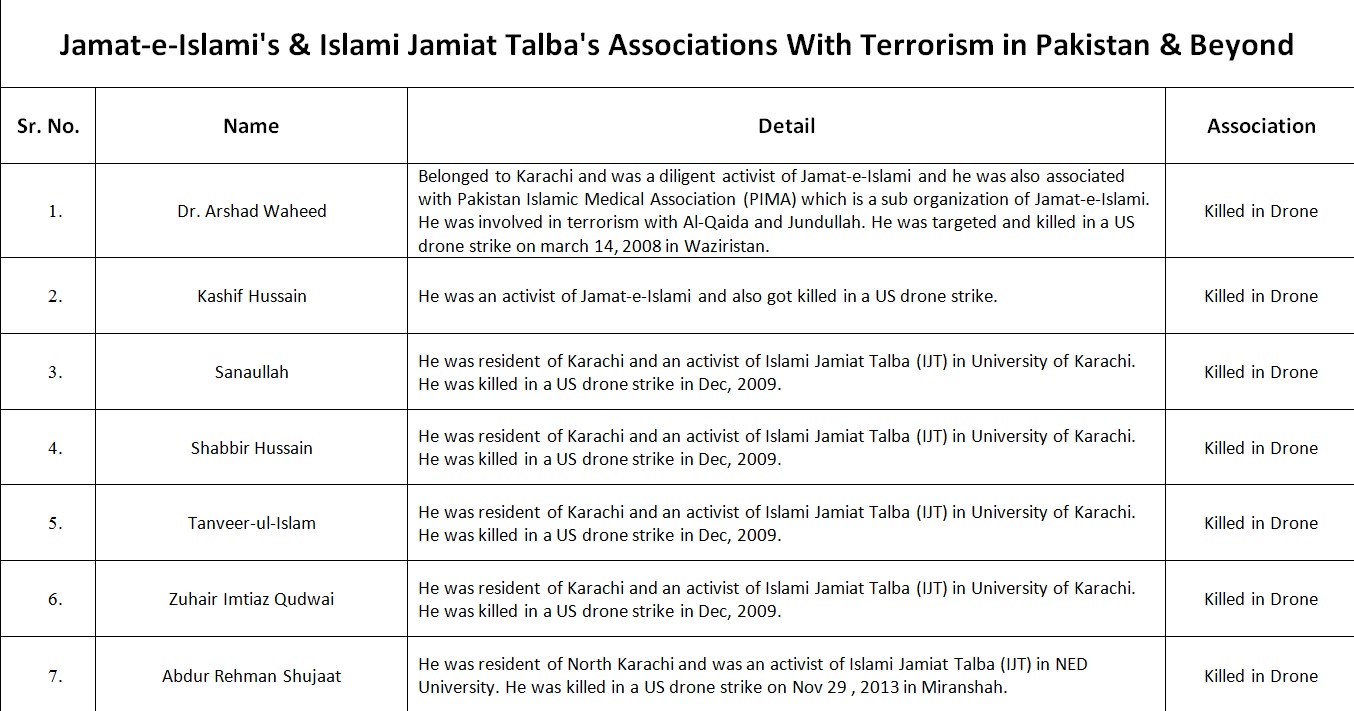 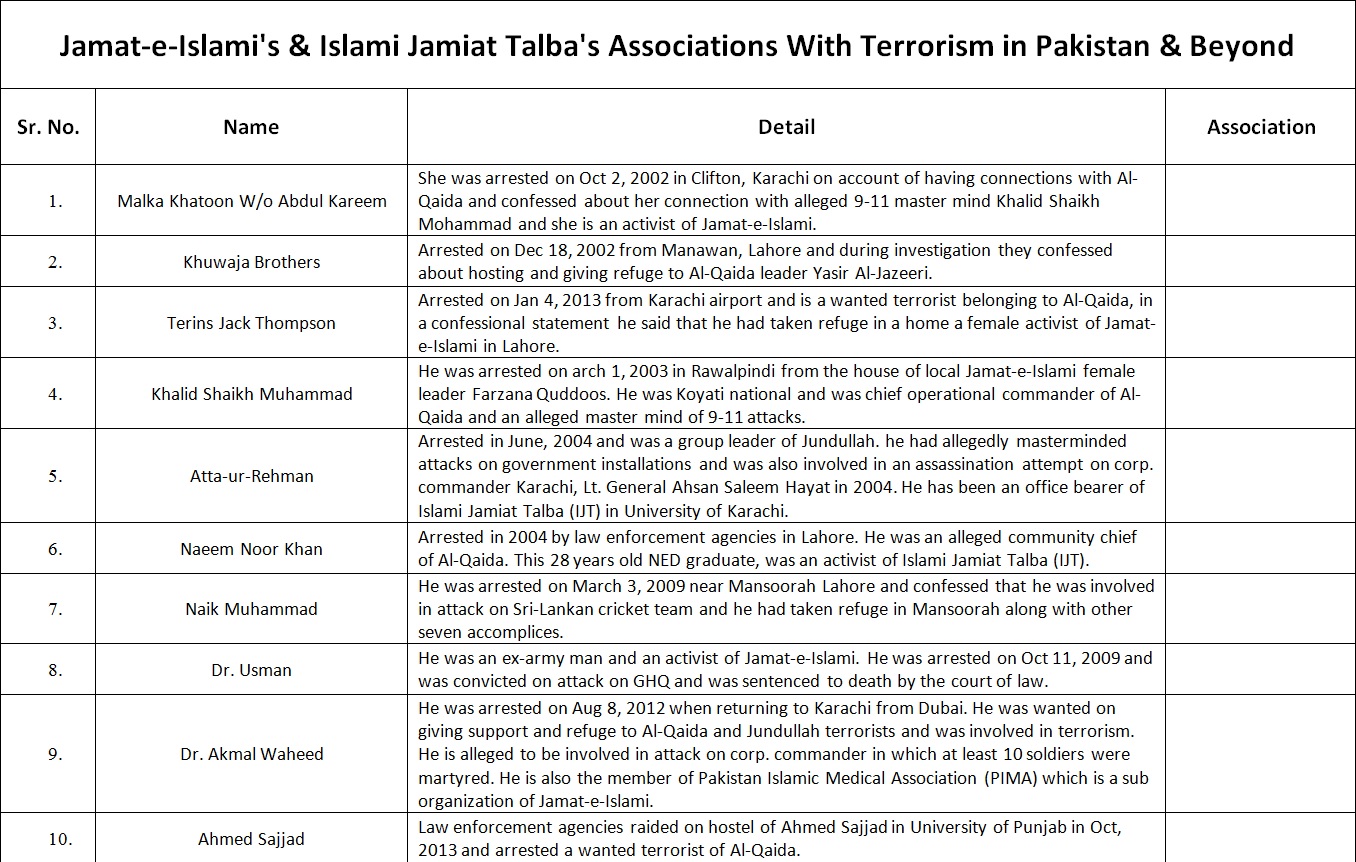 One need not forget that it was the Jamaat that opposed the creation of Pakistan. Once Pakistan has been established, the Jamaat leaders migrated to Pakistan and since then have been in the forefront of every religion-based violence in Pakistan.
Haider Mauddodi, son of Maulana Maudoodi, the founder of the Jamaat, has said that the Jamaat should be banned for its Islamofascism:

If the Jamaat is banned, it will weaken all the Islamofascist movements in the word.