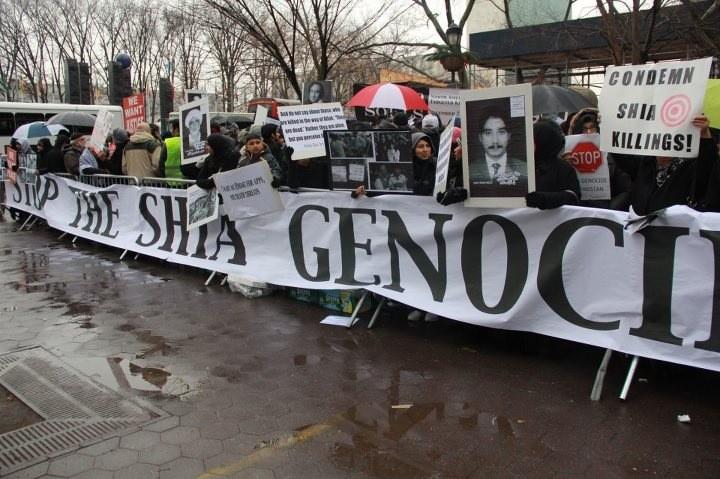 I wish to congratulate those that have been fighting the good fight for a truthful discourse on Shia Genocide in the mainstream and social media, we have recently achieved notable successes. I would also take this opportunity to invite those sitting on the sidelines to throw their lot in with our discourse. I would like all readers to spare a thought or say a prayer for the victims of Shia Genocide and their families who have demonstrated steely resolve and strength of the human spirit. These people give us courage to fight on for the truth.

The list of examples of LUBP’s impact is relatively long, however, these are a few noteworthy examples:

Pakistan Today‘s article on the Two-Nation-Theory which supports LUBPs discourse on Takfiri Dobandi militants and the need to provide safety to Shia Muslims in Pakistan.

We once again reiterate that correct discourse on Shia genoicde is not a personal or ego-related issue for LUBP’s editors and authors. We will continue to call out with ferocity anyone misrepresenting Shia Genocide. This will be especially true for those voices that profess to be leaders of liberals, for if they misrepresent (even slightly) it provides space for others to misrepresent even more. (e.g., https://lubpak.com/archives/246187 and https://lubpak.com/archives/231304)

It should be remembered that Najam Sethi was among the first anchors in the mainstream electronic media who provided live coverage to ASWJ-LeJ Chief Ahmad Ludhianvi’s hate speech against Shias and move the focus away from the Shia genocide through his talk show: https://lubpak.com/archives/73439

Here’s an example of how Mr Sethi and his colleagues at The Friday Times continue to re-focus the discussion of the Shia genocide: https://lubpak.com/archives/74987

In July 2012, Sethi informed us that that the Taliban had stopped attacking civilians: https://lubpak.com/archives/82388

On the print frontier, The Jang has been calling for the destruction of the Shias through its rightwing journalists. For instance, two days after the recent attack on the Quetta Shias in which 113 Shia males and females of every age were killed, Ansar Ababsi wrote his column in The Jang in which instead of denouncing the killings, he blatantly called for throwing the Shias out of the fold of Islam. The complete account of Ansar Abbasi’s article is given here:

This in essence is not only reassuring but also a vindication of LUBP’s four years of hard work to spread awareness about Shia Genocide and our emphasis on correct discourse without any obfuscation or misrepresentations.