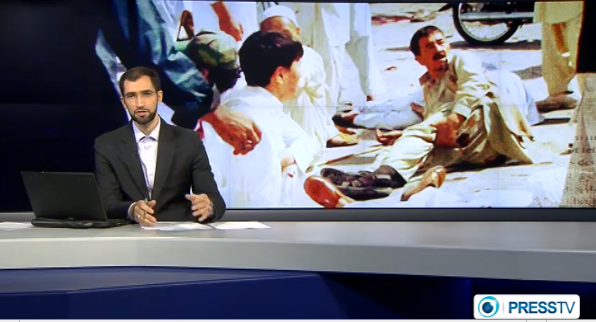 Pakistan’s intelligence agencies have allowed terrorists to kill Shia Muslims across the violence-wracked Pakistan since the mid-1980’s.

In the background to this, the outlawed Pakistani terrorist group Lashkar-e-Jhangvi claimed responsibility for a bomb attack on Saturday that killed at least 81 people, including women and children, and injured nearly 200 others in a predominant Shia Muslim populated area near the city of Quetta in Pakistan’s southwestern Balochistan Province.

Press TV has interviewed Syed Ali Wasif, president of the Society for International Reforms and Research, from Washington to find out more about this issue. The following is an approximate transcription of the interview.

Press TV: Mr Wasif, just how vulnerable is the Shia community in Pakistan?

Wasif: Unfortunately, this act of terrorism against the Shias of Pakistan has been going on for almost two decades now. These acts actually are an important part of Pakistan’s domestic policy by its military. These are not random acts but are totally planned killings and genocide of the Shias by Pakistan’s military in the name of Jihad.

The forces behind these killings are Pakistan’s intelligence agencies, its military and the top civil bureaucracy as well. Pakistan’s media is totally complicit with this kind of situation.

These kind of attacks are actually in the name of a strategic death in Afghanistan by the so-called military’s perception of making a breakthrough into Afghanistan to consolidate its northern borders in Afghanistan and through Afghanistan against the Indian onslaught.

This is a myth not a reality. It’s a totally utopian concept of defense made by Pakistan’s military intelligencia. It has nothing to do with the practical aspects of Pakistan’s national security.

Press TV: Mr. Wasif, why isn’t the government doing anything? We hear that the Lashkar-e-Jhangvi terrorism outfit has claimed responsibility for this. First of all, who is this Lashkar-e-Jhangvi outfit serving? Second, just tell us more about the history of this outfit.

Wasif: Lashkar-e-Jhangvi is a splinter group of the Sipah-e-Sahaba Pakistan (SSP) organization, a terrorist outfit as well, established in the mid-80s by the then President of Pakistan, the military dictator of the Pakistani province of Punjab in the mid-80s.

This Lashkar-e-Jhangvi is a splinter group of the Sipah-e-Sahaba, which was established by the Pakistani’s military elite in that era.

These are the people, Lashkar-e-Jhangvi, the Sipah-e-Sahaba and all those jihadi organizations are basically in connivance with the military’s policies to crush the Shias there in Pakistan. These actions are totally against the terrorist policies of al-Qaeda, Taliban and other terrorists engaged in terrorist activities against India, the United States and all other countries there, especially those in Afghanistan.

Lashkar-e-Jhangvi was basically established in the name of the assassinated chief of the Sipah-e-Sahaba in the mid-80s — Maulana Jhangvi who was assassinated in the Punjab province in the late 80s.

These are the people who are now being sheltered and patronized by the military organizations of Pakistan, especially the ISI (Inter-Services Intelligence). They work under the patronage of the ISI. Otherwise how could they have received such an amount of munitions and explosive material and financial aid without the supply from the intelligence agencies in Pakistan?

They are the people who at times work on behalf of al-Qaeda, on behalf Taliban and at times they work on their own behalf’s against the Shias there.

They also have killed some generals of Pakistan and attacked military establishments in Pakistan.

Their leader is Malik Ishaq who was just released a year ago after 15 years of imprisonment by the order of Pakistan’s Military Chief General (Ashfaq Parvez) Kayani.

Kayani was engaged in a dialogue when Lashkar-e-Jhangvi and others attacked the military headquarters and took hostage of a couple of generals of Pakistan’s military.

The Chief of Lashkar-e-Jhangvi, Malik Ishaq, was invited for negotiations and he [Kayani] was the person behind the release of those two generals of Pakistan’s military.

That’s why now the Pakistan military is now paying off its debt by allowing these Lashkar-e-Jhangvi people and all other terrorists to kill Shiites, not just in Quetta but all over Pakistan. 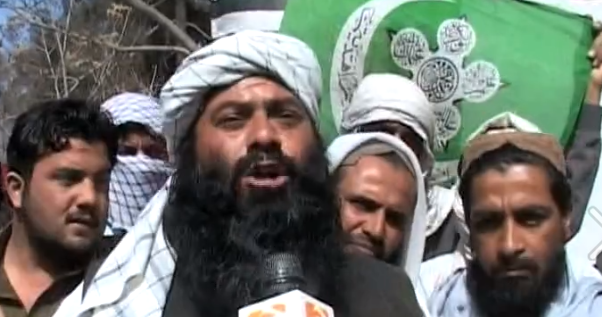 Terrorist leaders of LeJ-ASWJ in Balochistan