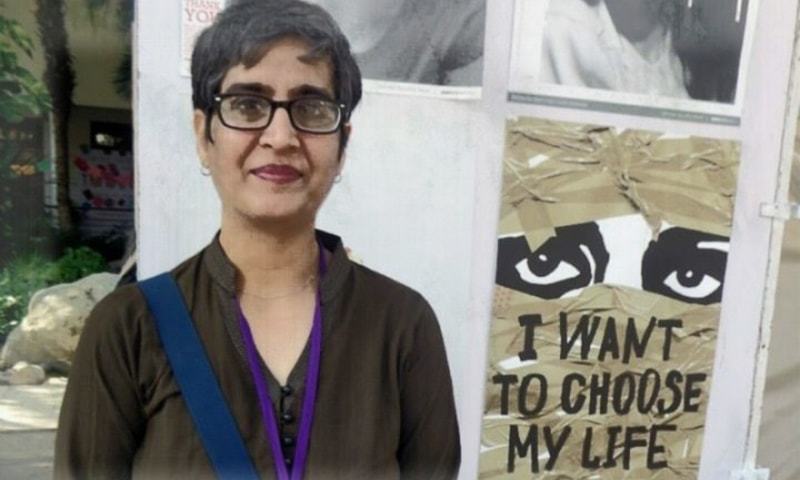 All those Ashrafi brand elitist liberals who tried to save Sabeen Mahmud’s real murderers (Deobandi terrorists of ASWJ) by maliciously blaming the ISI should reconsider their stance. They routinely remain silent on or obfuscate the genocide of Sunni Sufis, Shias, Christians, liberals etc at the hands of Deobandi ASWJ militants. Instead they and their role models continue to promote hate clerics such as Tahir Ashrafi, Ahmed Ludhyanvi, Tariq Jameel, Mufti Naeem and Javed Ghamidi as prophets of peace.

According to police investigation, the mastermind behind Sabeen Mehmud’s murder, Saad Aziz Deobandi, is an IBA graduate and an activist of the Jhangvi group of ASWJ (Sipah-e-Sahaba).

Four Deobandi ASWJ militants arrested for a gruesome attack on a Ismaili Shia community bus have now confessed to killing activist Sabeen Mahmud, senior police sources said on Wednesday (20 May 2015). Police said that during investigation one of the suspects – Saad Aziz, son of Aziz Shaikh – also admitted that he had previously attended three events at Karachi’s The Second Floor (T2F), of which Sabeen Mahmud was the founder and director.

ISI is no angel but CIA and Saudi Arabia are far worse.

Those US- and CIA-funded liberals who criticize ISI on support to Jihadists but remain mum on USA’s generous and ongoing support to transnational Salafi-Wahabi and Deobandi terrorists from the Afghan Mujahideen to the Taliban to the ISIS directly and through Saudi Arabia are the real liberals?

As expected, it was neither MQM nor RAW. It was a Deobandi terrorist of Islami Jamiat-e-Talba, Hafiz Nasir aka Yasir from Karachi University, who killed Dr Shakil Auj.

To save Pakistan, every single Deobandi extremist and terrorist must be hanged, starting from Siraj-ul-Haq Deobandi and Asfandyar Wali Khan Wahabi.

Fake liberals (allies of Ashrafi & Ludhyanvi) were blaming ISI for Sabeen’s murder. Police investigation reveals that ASWJ Deobandis were involved.
Similarly, rogue pro-ASWJ elements in the media and establishment were trying to deflect attention to RAW to exonerate ASWJ Deobandi terrorists from the Ismaili Shia massacre in Karachi.
Both groups (those who blamed ISI for Sabeen’s murder and those who tried to deflect Ismaili Shia massacre to RAW) wanted to save ASWJ’s Deobandi Takfiri terrorists.

Facebook page of Saad Aziz Deobandi, the secretive mastermind of the murder of Isamili Shia Muslims and Sabeen Mahmud, confirms that he was very well connected in Pakistan’s elitist liberal and coroprate circles.

Will those fake liberals who were “boldly” abusing Pakistan army to exonerate their Deobandi ASWJ comrades have some shame and start a campaign against ASWJ terrorists and their enablers in Deobandi madrassas?

It is a major disservice to both Sabeen Mahmud shaheed and Saleem Shahzad shaheed to compare their murders.
Saleem Shahzad’s murder was, at least indirectly, a handiwork of the Kayani-Pasha duo.
In contrast, Sabeen’s murder is a handiwork of those who killed Mohsin Naqvi, Shakil Auj, Sibt-e-Jafar, Prof Shabir Shah and other progressive scholars.
Those who are making this dishonest comparion have only one purpose, i.e., to exonerate Deobandi ASWJ terrorists from the target killings of Sunni Sufis, Shias, liberals, and other communities in Pakistan. They are friends of neither Saleem nor Sabeen. They are vultures, committed partners and apologists of Tahir Ashrafi, Ludhyanvi, Hamid Mir and Najam Sethi. 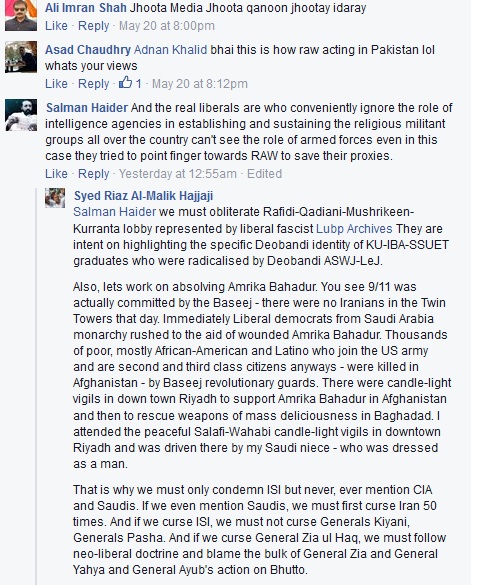 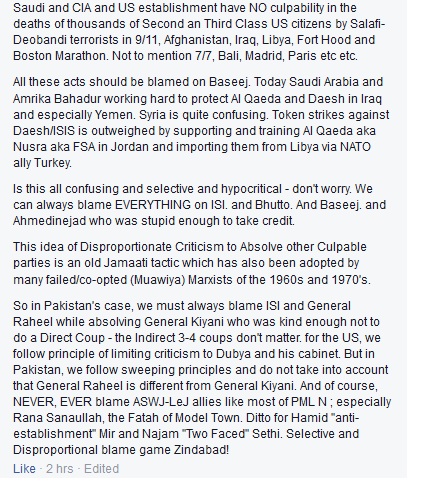 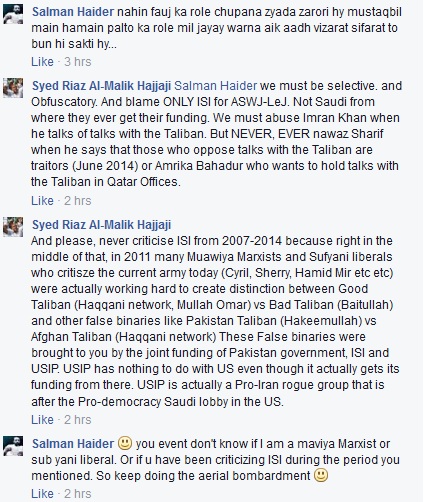 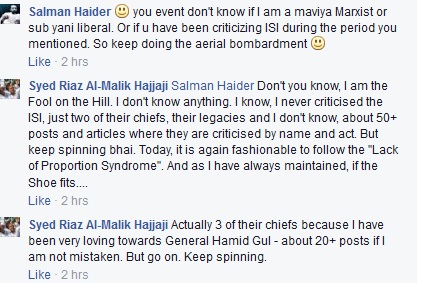 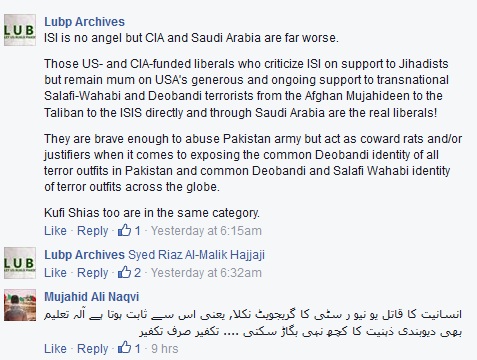 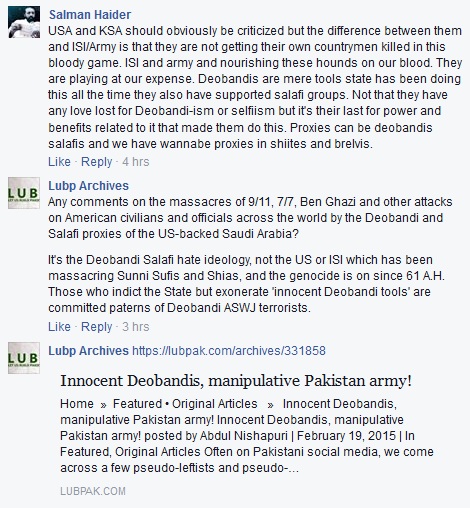 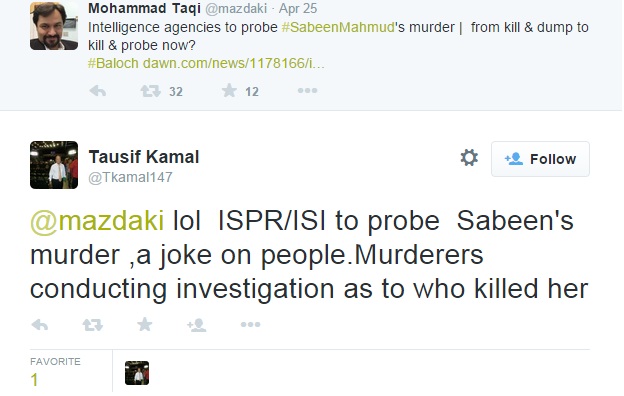 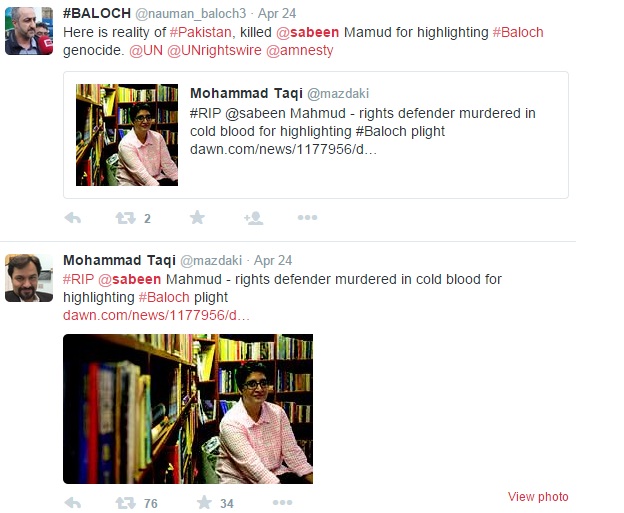 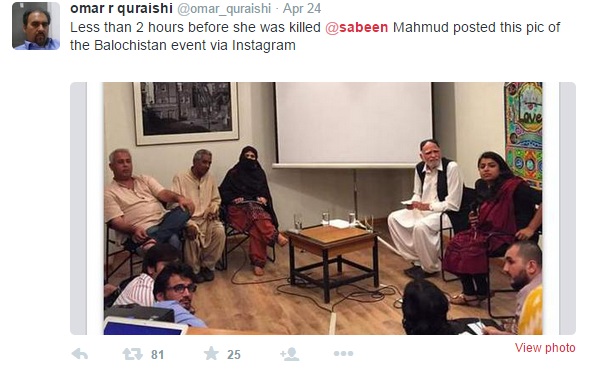 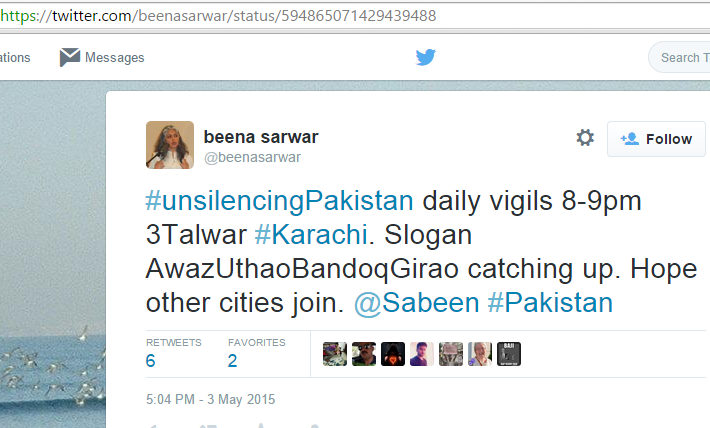 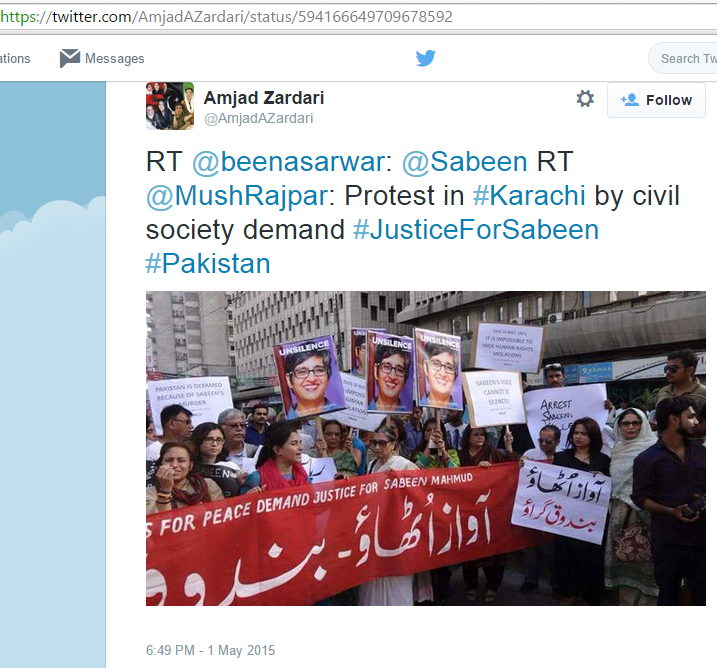 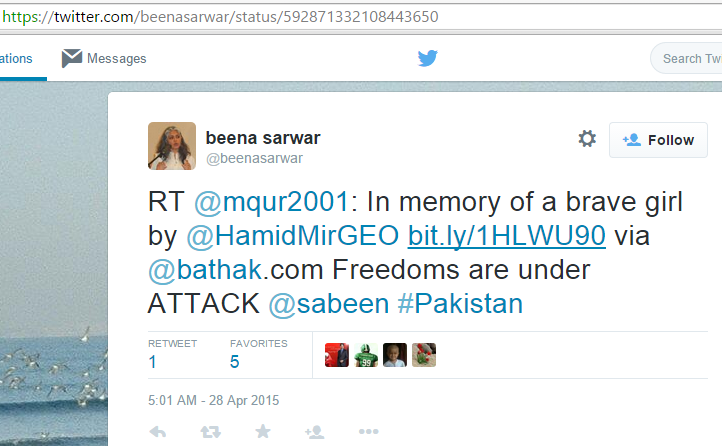 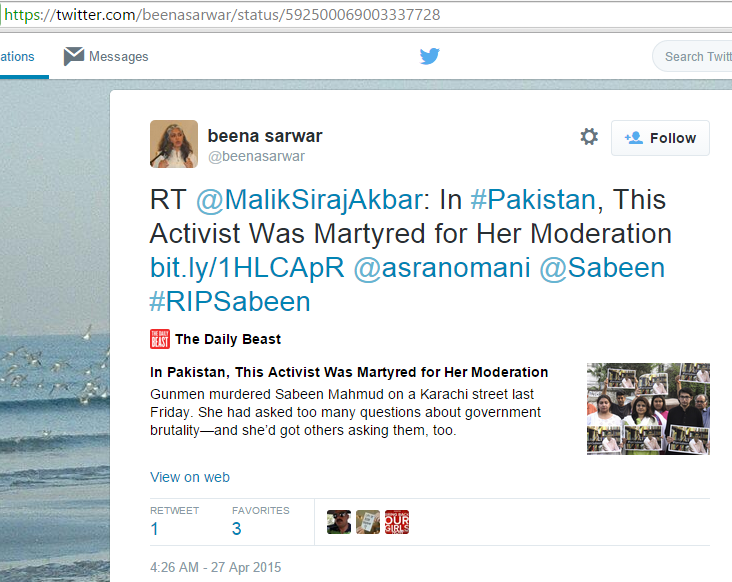 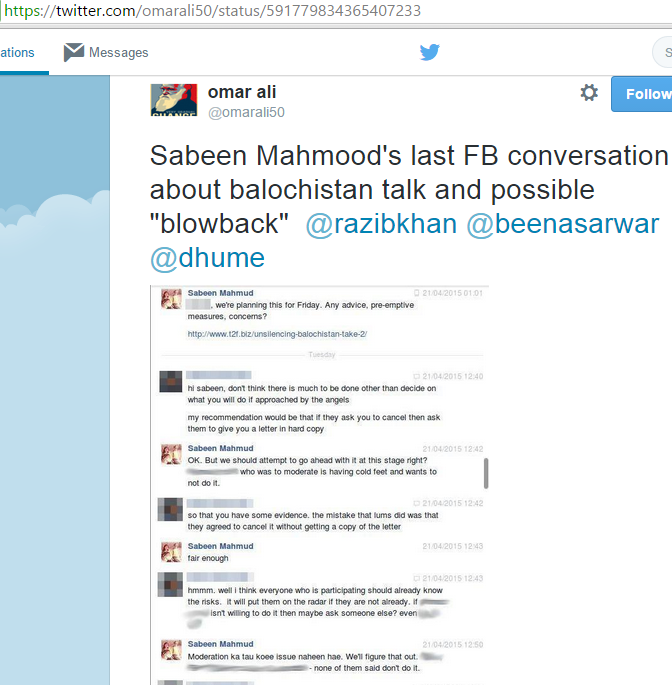 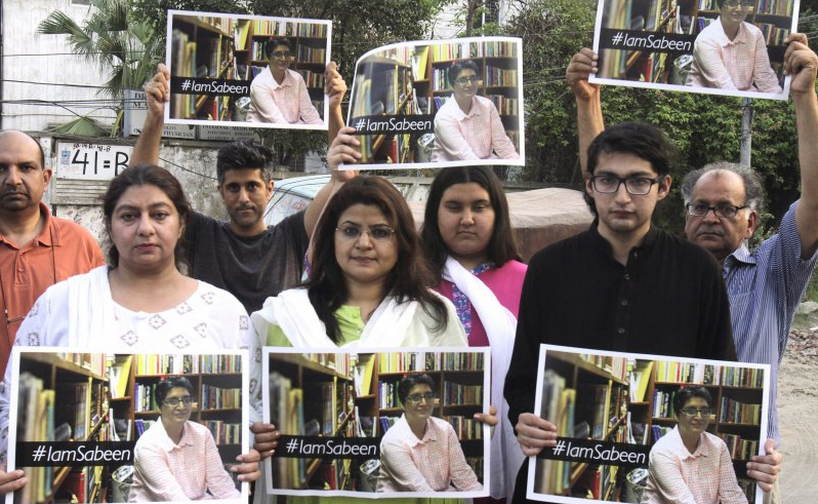 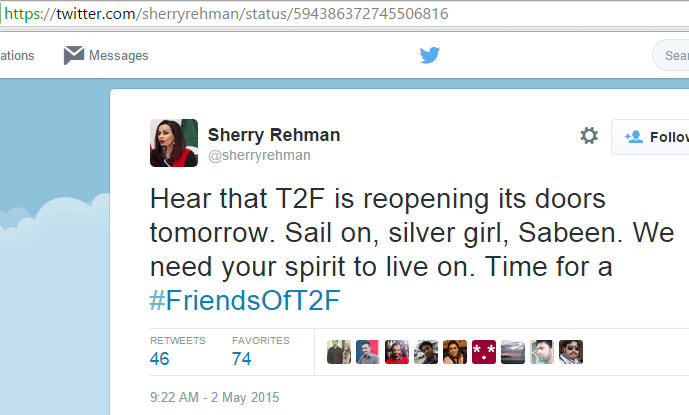 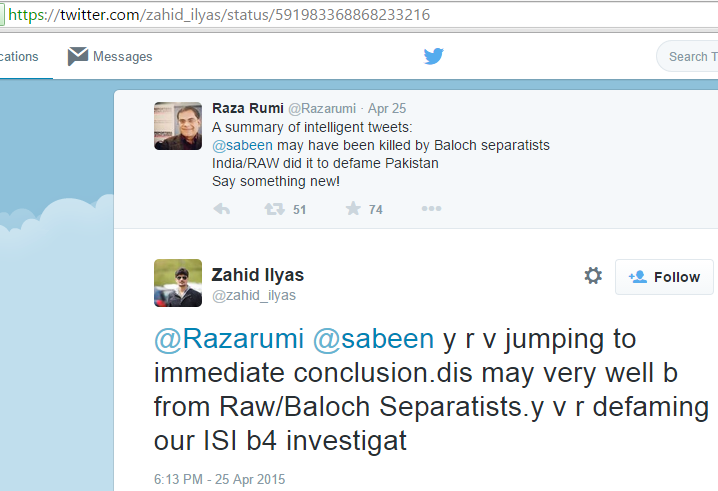 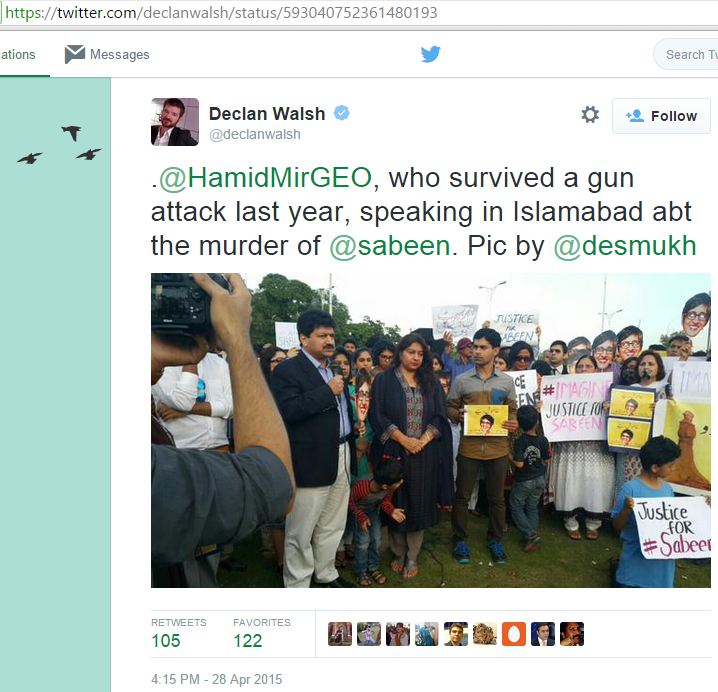 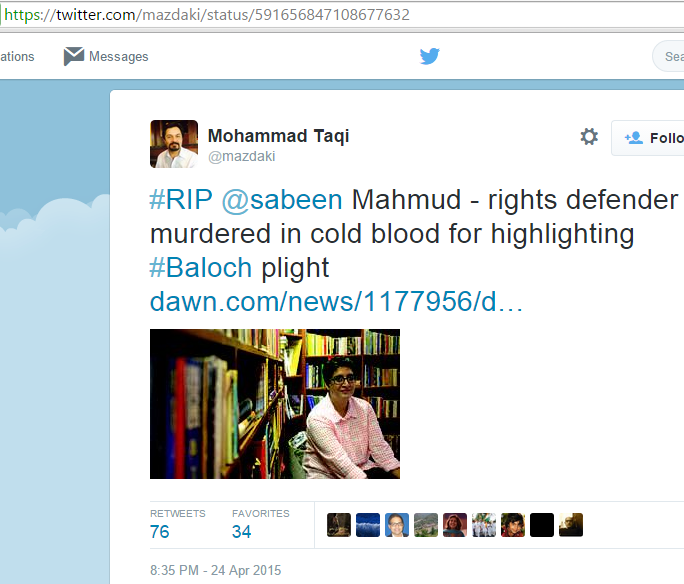 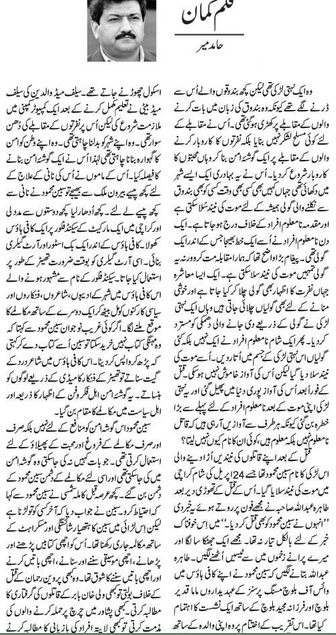 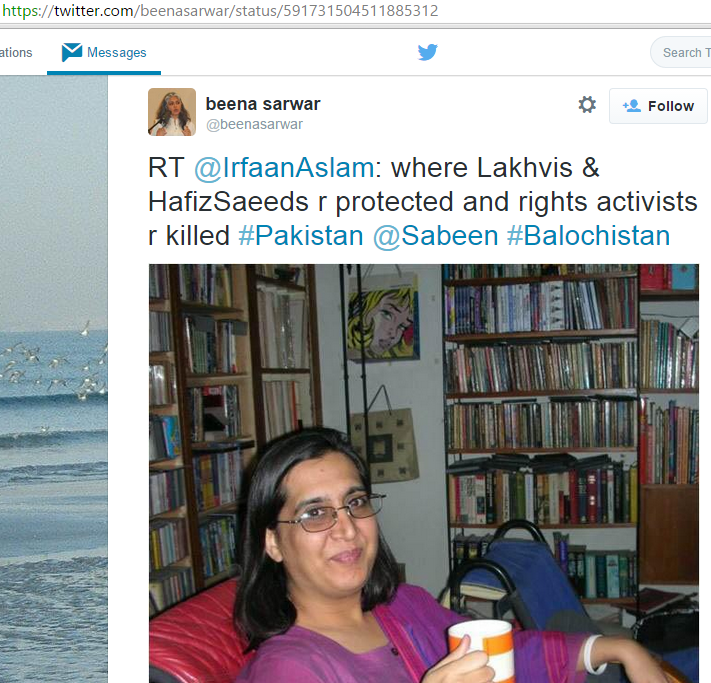 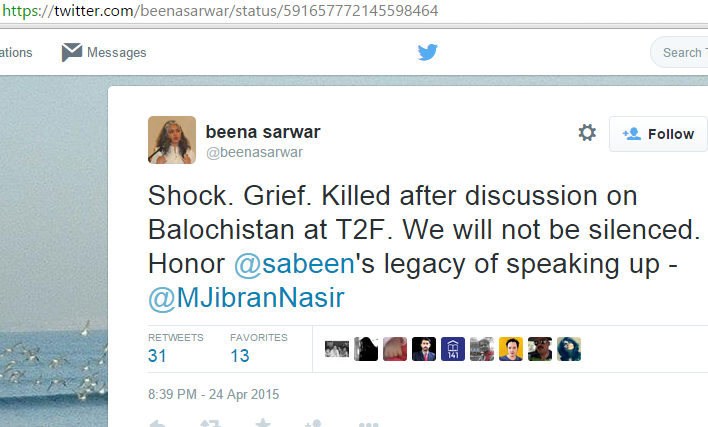 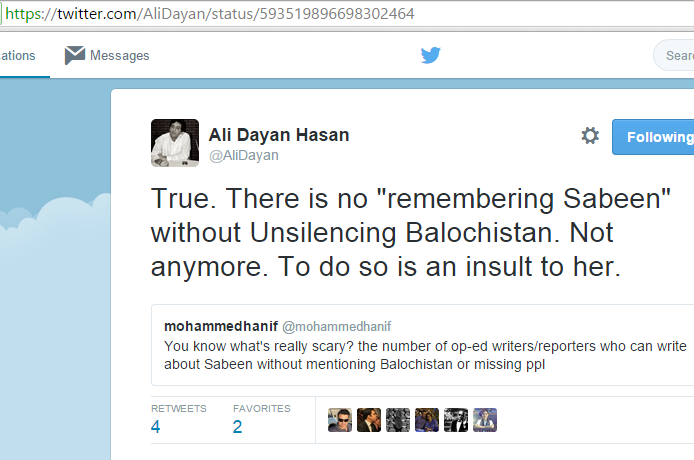 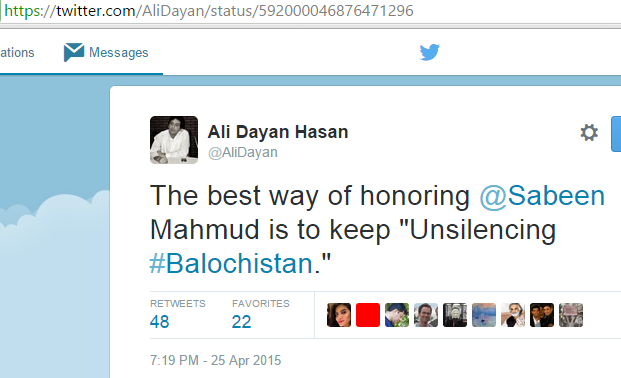 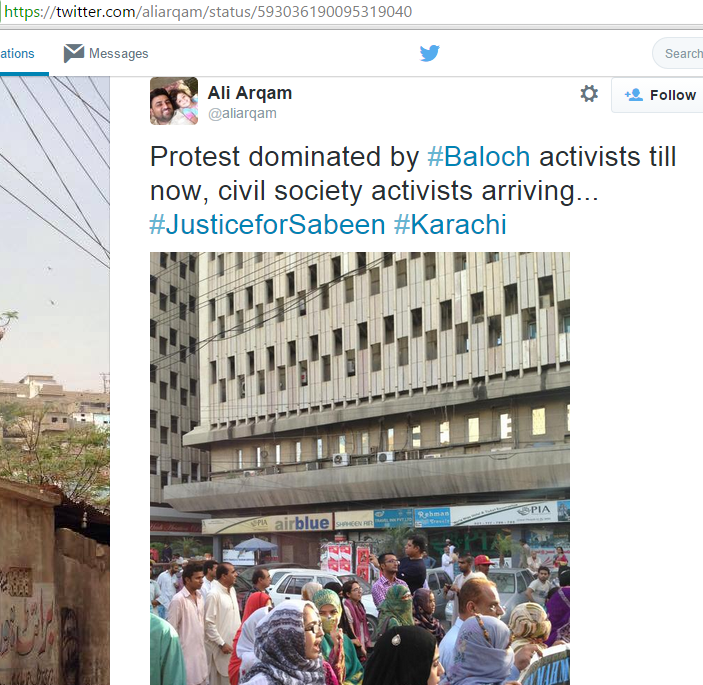 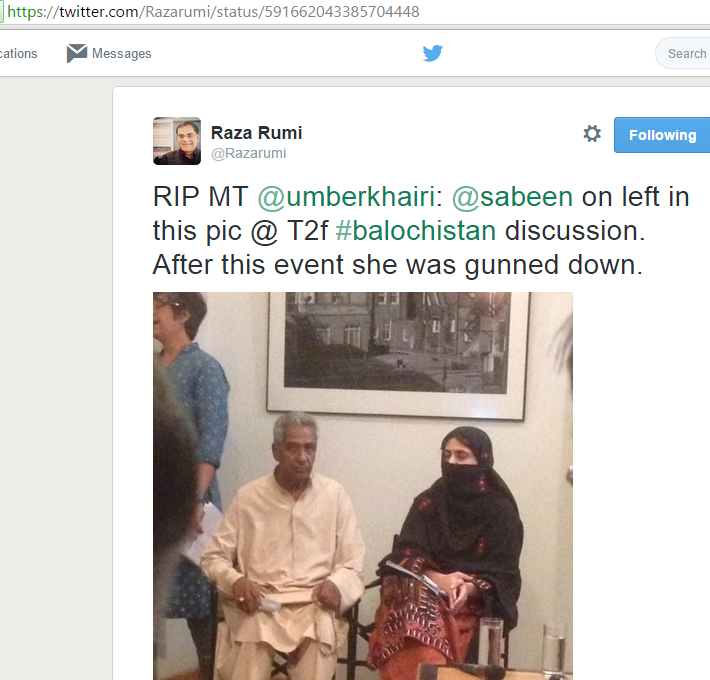 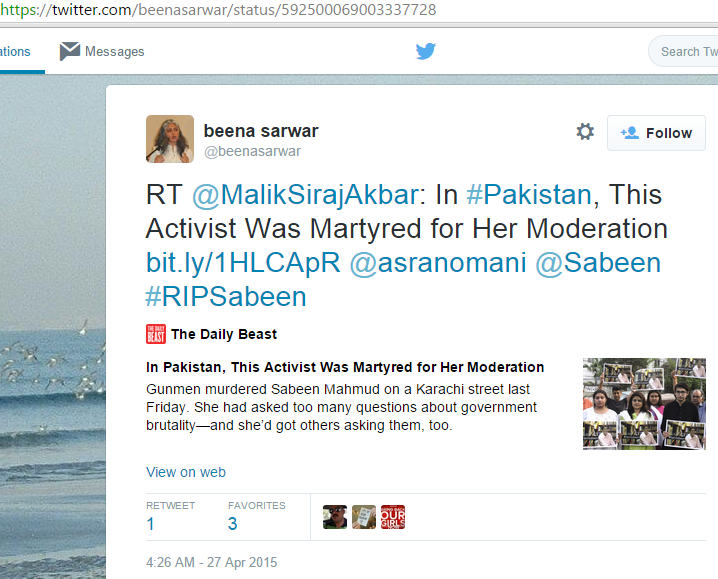