The current Operation Zarb-e-Azb by the Pakistan army against the Taliban is being viewed in black and white terms by a section of Pakistan’s “liberal” intelligentsia. For some in this category, the debate is based on promoting their own narrow economic or political interests, which don’t necessarily coincide with that of the rest of the country. Those 70,000+ Pakistani civilians and soldiers who have been murdered by the Deobandi Taliban terrorists and their urban allies, namely Sipah-e-Sahaba Pakistan (aka ASWJ), simply do not have the luxury of alternatives.

While the loved ones of these 70,000 dead Pakistanis are receiving their dead bodies on a daily basis, some of those who are opposing the operation are losing credibility due to their contradictory narrative. Some are busy enjoying dinners with the office bearers of and/or the travel perks of the same (allegedy ISI-friendly) think tank –Jinnah Institute- that reinforced the Good vs Bad Taliban propaganda that was popularized under at least the last Army Chief and major Taliban and LeJ facilitator, General Kayani. The selective stance of other “liberals” who aligned themselves with pro Taliban judges and other dubious sycophants means that they are fast losing their credibility.

In particular, Dr. Taqi’s sectarian tweet against Sunni Sufi and Shia activists of LUBP is distasteful and disurbing: 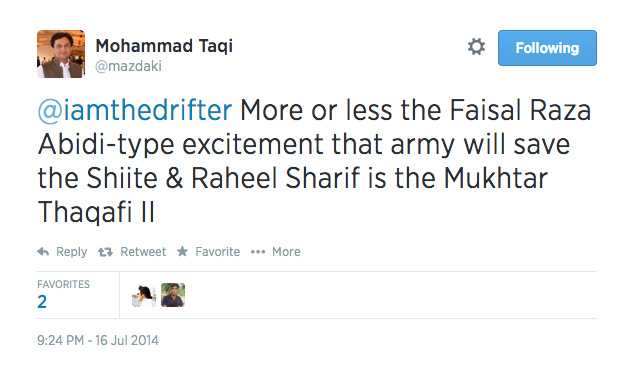 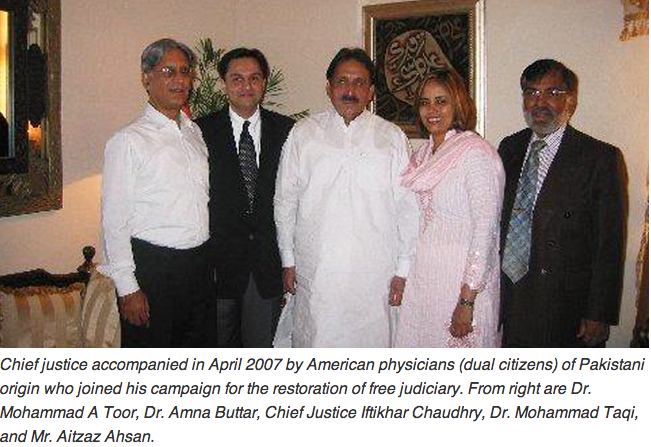 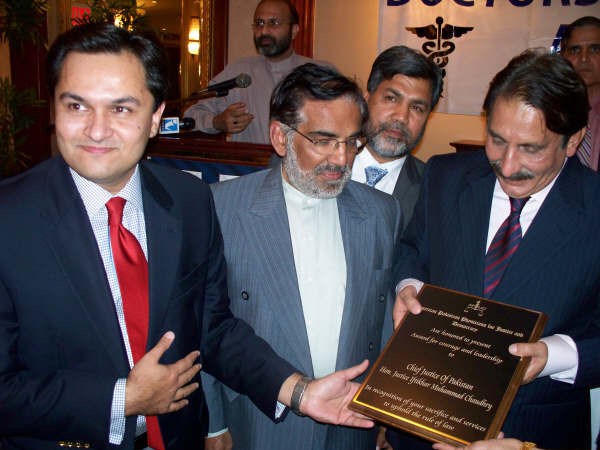 The targeted communities of Pakistan certainly cannot rely on those “liberal” scholars and thinktanks that promote ASWJ-LeJ leaders and vicious Ahmadi- hate mongers as “progressives”. As well as,  those sycophants (Ali Arqam) who seek common cause against LUBP with ISI-backed HDP (like Saleem Hazara) and ASWJ social media activists  (like Aamir Saeed Deobandi). 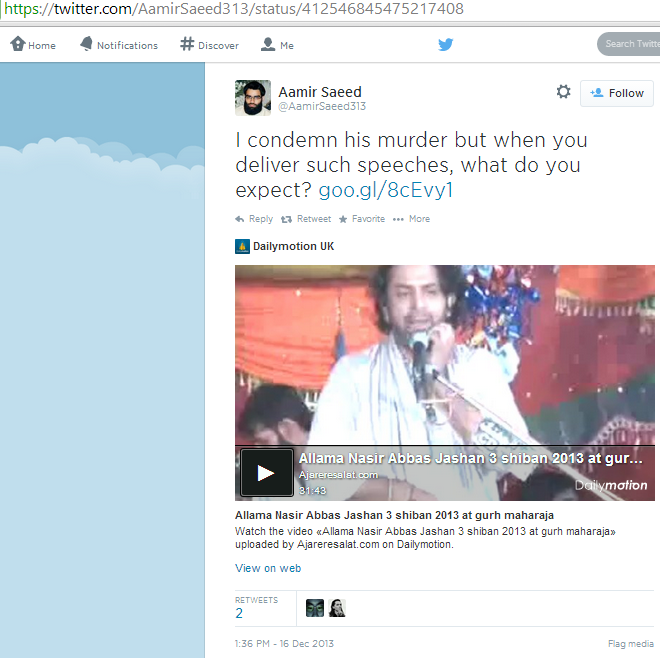 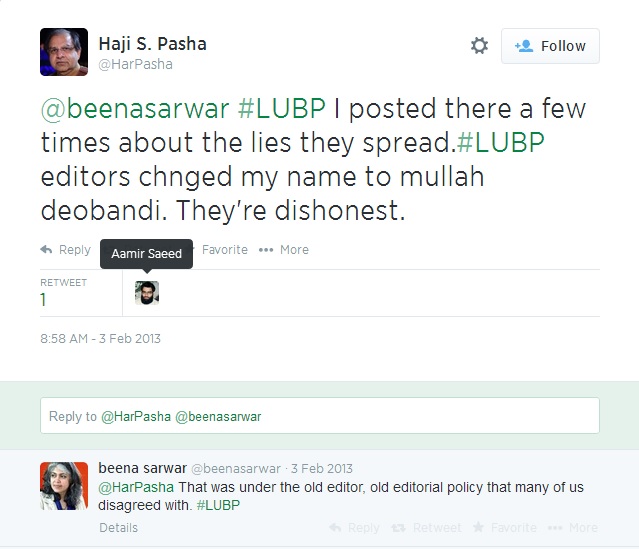 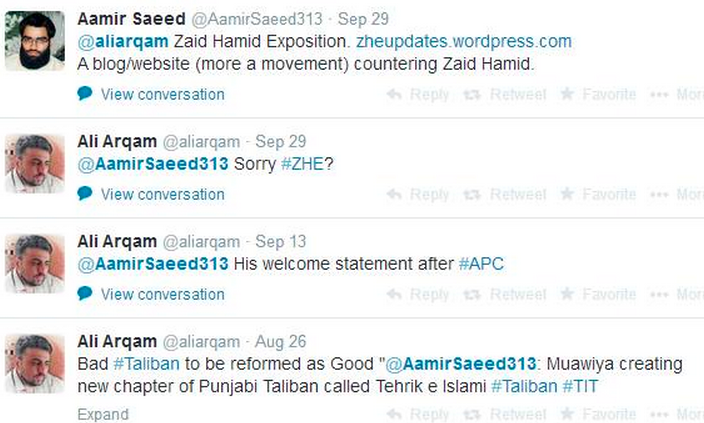 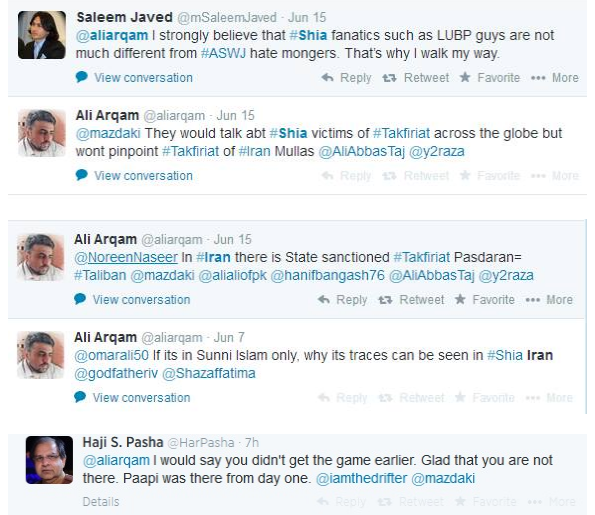 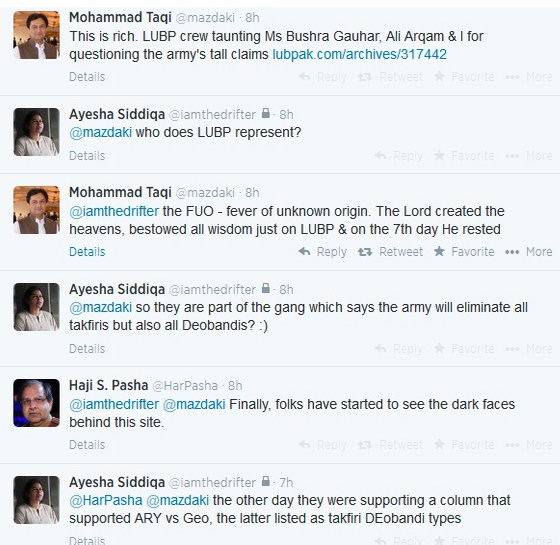 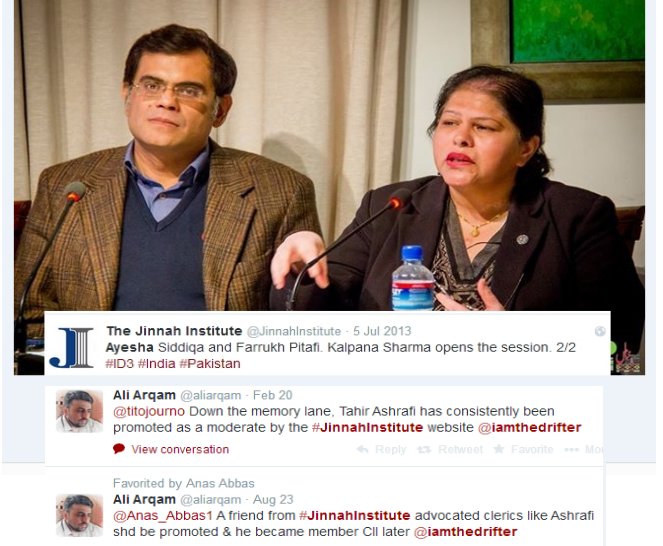 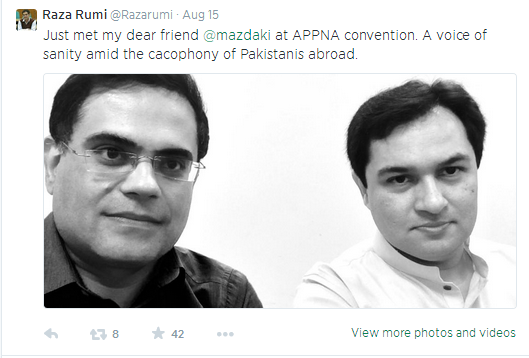 For too long, Pakistan’s targeted communities had no choice but to rely on the obfuscations of the elitist liberal club.

It may be recalled that LUBP has often cross posted some valuable articles by some scholars including those of Dr Taqi and will continue to do so in future as appropriate. 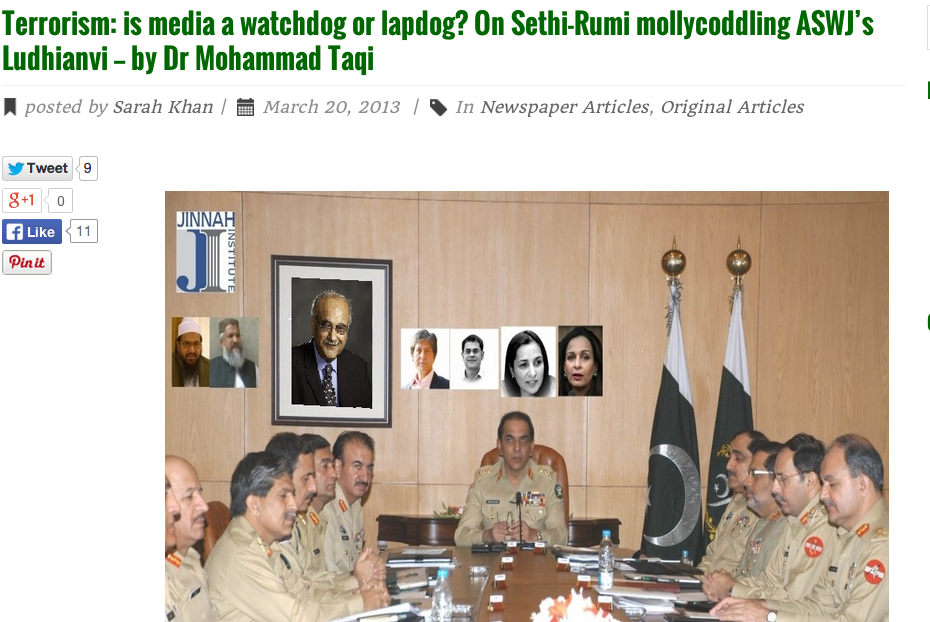 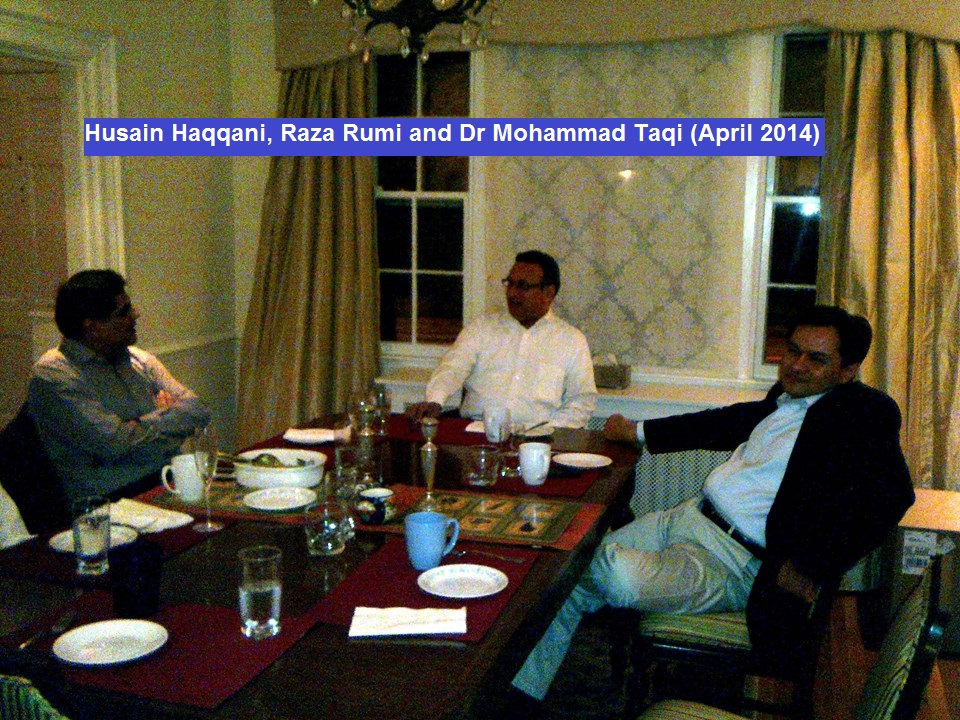 There is Bilawal Zardari who cannot even tweet against the ASWJ-LeJ, that is killing Sunni Barelvis, Shias, Christians, Hindus and Ahmadis on a daily basis in PPP-governed Sindh.  And the most horrendous of them all is PM Nawaz Sharif who is actually in a coalition with ASWJ and who has the loyalty of many of Pakistani “liberals”. 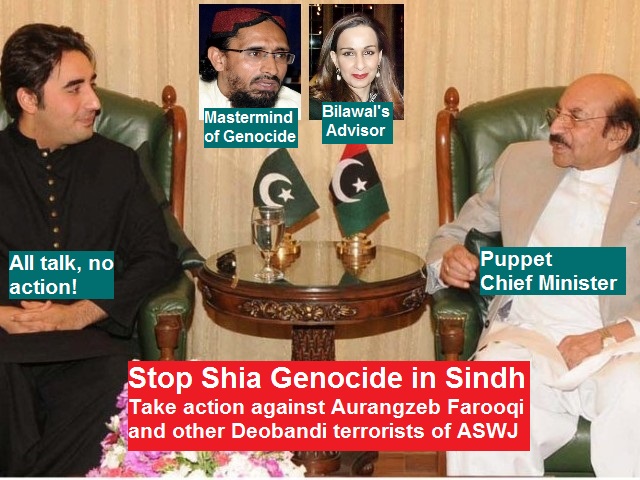 It is one thing to be skeptical of the army given its role in fostering Deobandi Jihadis. It is another to be blind to the recent events when the same army is actively cracking down on the Deobandi Taliban and ASWJ not only in North Waziristan but also in various parts of Sindh and Punjab. Being an ostrich will not change the evolving ground realities. The only ones who oppose a substantive operation against Deobandi terrorists of TTP-ASWJ are Nawaz Sharif and his minions, along with those so called Pashtun nationalists who cannot differentiate between their alien Deobandi identity and indigenous Pashtun identity.

Even Imran Khan, whose party received the majority of Pashtun votes in KP province, was quick to turn around and support the operation. The only operation that Nawaz Sharif could undertake was against the Sunni Barelvis for coming out in favor of this very operation. 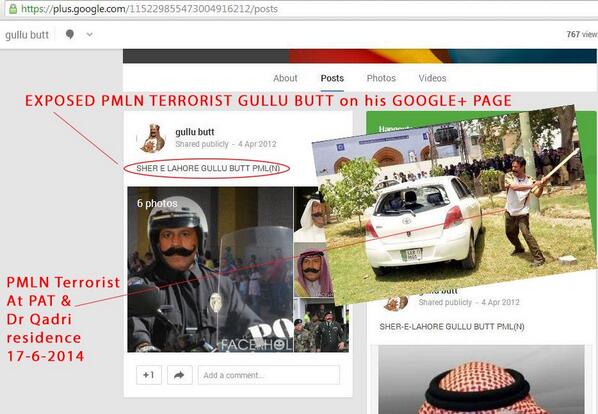 However, the same rabid sectarian bias that blinds “liberals” and makes them allergic to mentioning the Deobandi identity of 95% of the terrorists in Pakistan, also causes the same group to mock and abuse the Sunni Brelvi victims of the Model Town massacre.

But can we ignore the heterogeneity within the army.  Don’t take our word for it. Refer to Dr. Ayesha Siddiqa’s own article, which  highlights what has already been said on LUBP multiple times, i.e., there is no homogenous viewpoint within the army. Dr. Siddiqa talks about the Musharaf camp vs Kayani camp to describe support vs opposition to the operation against the Taliban.  The Musharaf camp to which former D G ISPR Athar Abbas belongs to, as per Dr. Ayesha Siddiqa, is simply settling scores by running Kiyani down for his opposition to any operation against the Taliban. (Read: http://www.thehindu.com/todays-paper/tp-opinion/the-many-shades-of-antiterror-fight/article6183896.ece)

Then what about Dr. Siddiqa who along with many other “liberals” and “civil society activists” was also part of the discredited lawyers’ movement.  If LUBP is now an ISI mouthpiece for its conditional support of the operation, then what is Dr. Siddiqa and other lawyer’s movement supporters, a movement which was supported by former DG ISI and COAS General Kiyani? (Read: https://lubpak.com/archives/317091)

Today’s operation (17 July 2014) against the TTP-ASWJ in the Deobandi heartland of Raiwand (Lahore) along with the daily operations against the Taliban in Karachi already show that this operation is not as meaningless as it being  selectively portrayed. Interestingly, those “liberals” who continue to bash Pakistan army/ISI on nuruting Jihadist proxies remain completely mute on CIA and MI6’s much bigger and ongoing role in fostering Salafi and Deobandi Jihadism on a global scale, from AfPak to Libya to Iraq to Syria.

If LUBP is pro-ISI for supporting a full and unwavering Pakistan army’s operation against the Taliban, then what are those who oppose this operation? Are they also pro ISI (Kayani-Hamid Gul Chapter)?

Just a couple of months ago, LUBP interviewed and promoted Carlotta Gall’s exposure of the army’s support for Deobandi terrorists of TTP and ASWJ-LeJ; especially under the tenure of General Kayani who seemed totally subservient to Deobandi terrorists like Malik Ishaq – much like the judiciary and PML N that still enjoys the loyalty of many biased “liberals”.

One DAWN staffer, Zarrar Khuhro was so upset by LUBP’s criticism of General Kayani’s support for ASWJ-LeJ that he compared us to Nazis! Shia and Ahmadi hardliners have called us all names from Zionist agents to Qadiani agents.

Those “liberal” friends of Dr. Siddiqa and Dr. Taqi who fraternize with ASWJ and enjoy hospitality of the ISI-funded and Taliban promoting Jinnah Institute call us a “sectarian hate blog”.  Bring it on.  And try to make some sense while you are at it.

If LUBP can criticize Zardari, Bilawal, Obama, Khomeini, Khamenai, Sami ul Haq, Ludhyanvi, Nawaz Sharif, Imran, Hamid Mir, Mubashar Luqman, then why can’t it criticize some liberal dons whose discourse is taken as Gospel even when it is out of sync with reality. If our arguments cannot be countered, then at least come up with more intelligent ad hominems instead of relying on back stabbing sychophants. https://lubpak.com/archives/317630