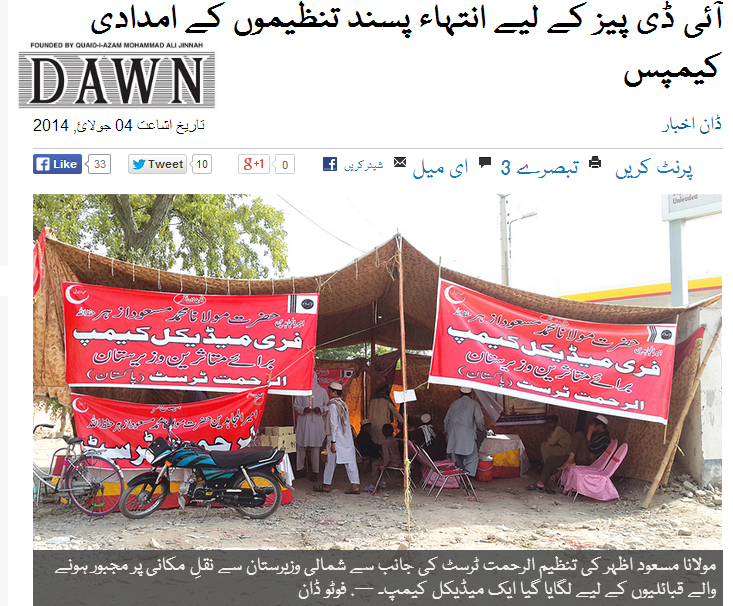 A PICTURE generating optimism is emerging now that former army chief Gen Kayani’s reported procrastination is no more and the North Waziristan operation’s ground phase has been launched following weeks of ‘softening’ of targets via air strikes. The honest truth, though, is that it is too early to say if this optimism is valid.

But what isn’t early to say is that there are elements in the defence forces that need serious reorientation training if there are to be lasting gains from the sacrifices of the soldiers — and civilians about 10 of whom have died for every soldier killed — as the terrorists have pursued their bloody campaign.

If the army’s Balochistan policy was worrying because of the alleged induction of religious extremist surrogates (Lashkar-e-Jhangvi LeJ operating as Ahle Sunnat Wal Jamaat ASWJ) to nullify the more secular separatists, rather than by a strict and fair application of the law by agencies with legal sanction for doing so, the early involvement of some of these very groups in IDP camps in KP is equally alarming.

One isn’t being unduly alarmist. Taha Siddiqui, in his excellent report from a camp in Bannu for Dawn, has highlighted this aspect. It is bizarre that the military is fighting religiously motivated terrorists while simultaneously allowing not dissimilar people a free hand in the so-called relief effort.

Jaish-i-Mohammad led by Maulana Masood Azhar isn’t exactly a group of spring chickens. This is a group whose members overlap with sectarian outfits in southern Punjab; it has an exceedingly toxic ideology and its expertise includes assassination, kidnapping, bomb-making and hijacking a commercial airliner.

To allow displaced tribal people, with their strong sense of obligation to anyone extending a helping hand, to be manipulated by such a group in the name of ‘relief’ is scandalous as it is self-defeating if the aim of the security establishment is to root out terrorism.

The other major group, which remains the security establishment’s all-time favourite, currently goes by the name of the Falah-i-Insaniyat Foundation. In previous lives it has been known as Lashkar-e-Taiba and Jamaatud Dawa, or JuD, led by the firebrand orator-preacher Hafiz Saeed.

Hafiz Saeed is perhaps correct in saying that no member of his group has ever been convicted in a court of law for carrying out the Mumbai attack in 2008 though some key aides are currently being tried in Rawalpindi charged with the crime.

However, Hafiz Saeed, his supporters and the workers of his charitable foundation that’s avowedly committed to the good of humanity all stood as one to condemn and mourn the killing of Osama Bin Laden in a US SEALs raid in Pakistan a couple of years ago.

Their issue wasn’t exactly with the violation of sovereignty as many of those who condemned the raid made their grounds for slamming it. The JuD mourned the passing away of what it saw as a great soldier of Islam who stood up to a superpower. That several thousand civilians perished in 9/11 was of little consequence to a party alleged to have carried out the Mumbai carnage.

It is a failure of political parties and the political class in the country not to have been able to get their act together when it matters most, such as in the case of the high-profile provision of relief to IDPs. But there can be no discounting how much patronage the Jaish and JuD apparently get from their khaki patrons. Such an umbilical cord has to be cut.

After all, many thousand soldiers have died in the fight against the merchants of terror over the past few years and their leadership owes it to these martyrs to reflect on its follies and set the right course going forward.

The real battle for the soul of Pakistan will be fought long after the North Waziristan operations are successfully concluded. Extremist, takfiri ideology (which has in the main affected certain Deobandi and Salafi groups) will need to be countered in every street. Checks will need to be placed on every pulpit that is used for hate speech.

A narrative counter to the one peddled by the Al Qaeda-affiliated terrorist will need to be aggressively pushed. Also, the long-term battle against terrorism, particularly in the urban areas, will have to be led by the police; a depoliticised, well-resourced force.

But if the police view some groups as enjoying the army’s patronage, they too are unlikely to be effective. The martyred soldiers, the maimed and wounded men in khaki, all are crying out for the leadership to demonstrate this is no more the case. Only then we’ll have a prayer of winning this war. 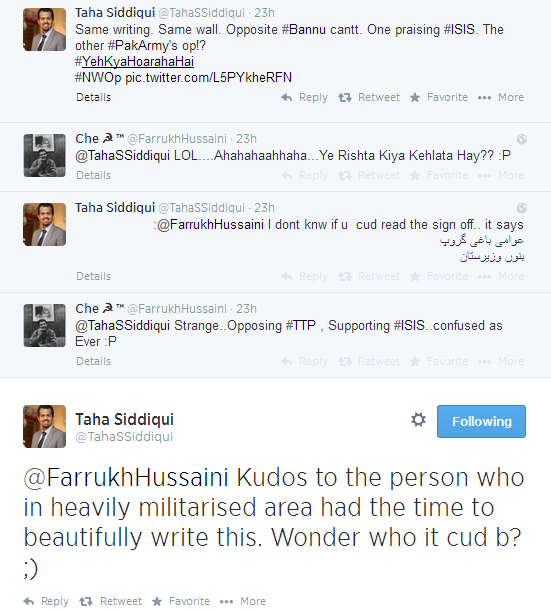 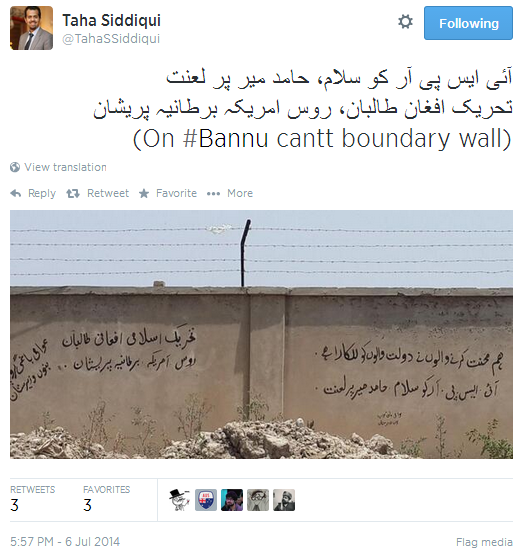 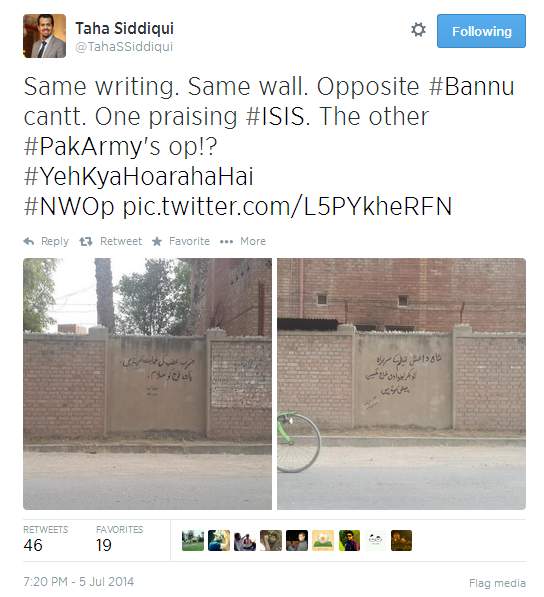 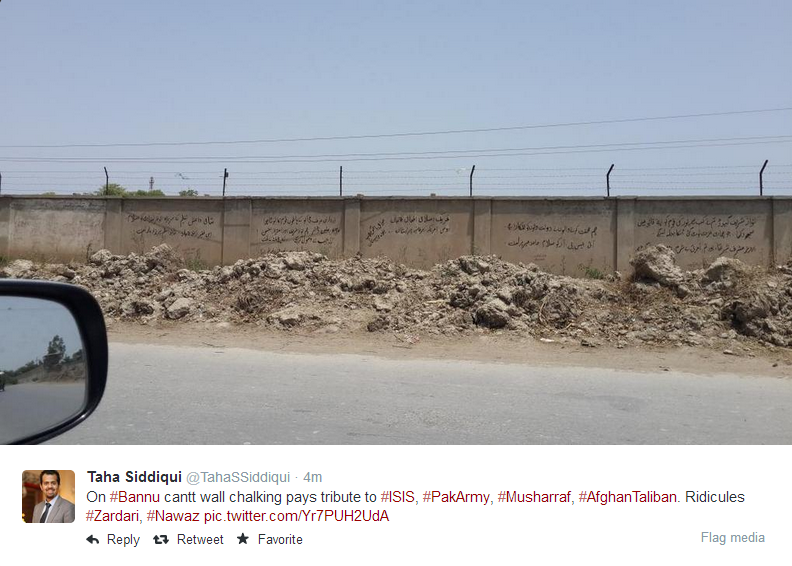 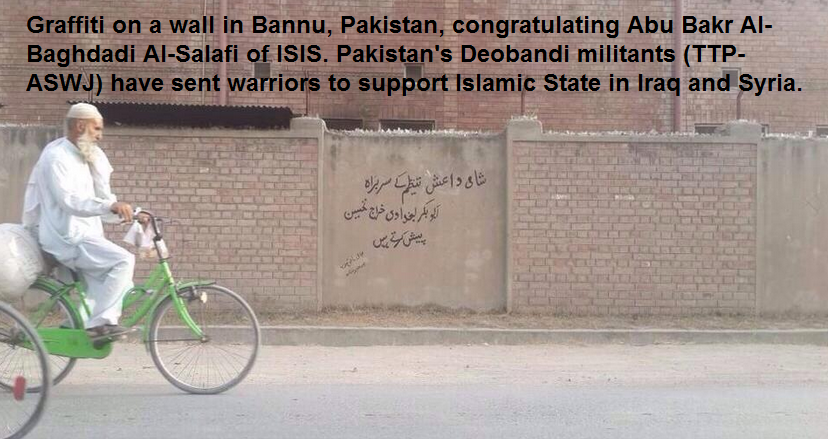