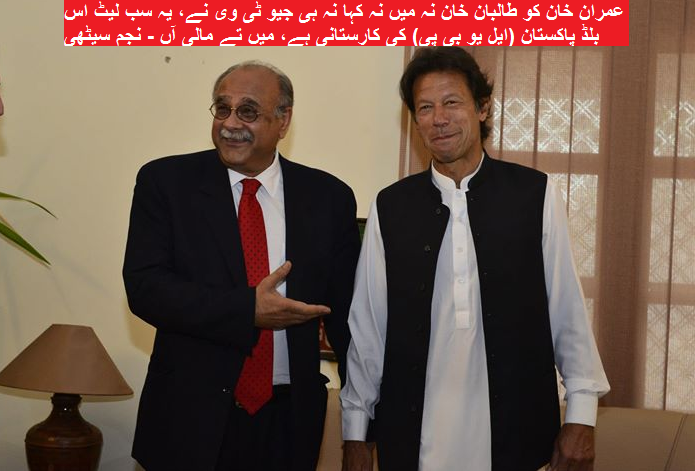 By shifting the blame on LUBP for the “Taliban Khan” label, Najam Sethi proved his spinelessness to the rest of the world.  This is typical of the sort of journalism expected from Mr. Sethi where he mixes truth with lies, obfuscates and delivers low and petty digs with a pseudo rustic charm.  We hope that those deluded liberals (like Nadeem Paracha, NFP) who portray Najam Sethi as a liberal and progressive icon do not continue with their ostrich mentality and study this clip carefully.

Unlike the mudslinging and conspiracy theory clap trap that is used by Sethi’s other rivals, LUBP has actually critiqued him for his problematic discourse and his consistent role as the establishment’s hatchet man.

From his military helicopter ride while his own London Circle colleagues were engaged with the resistance struggle of the Baloch Nationalists to his shady role in the slander against the late Benazir Bhutto, LUBP has carefully chronicled Najam Sethi’s “journalistic exploits”.

In 2011, Najam Sethi was part of a panel of the foreign policy “elite” whose recommendations were published in the infamous Jinnah Institute report that advocated for accommodating Mullah Omar and the Haqqani Network in a post NATO withdrawal 2014 Afghanistan.

Sethi uses the term “drawing room discussion” to describe LUBP.  This coming from someone whose journalism boils down to regurgitating establishment gossip sources from his perch at GEO as relayed to him by his “chirriya” source.

Sethi should know about “drawing room discussions” because he himself is an expert in taking such discussion into the mainstream as he did in the mid-1990s as part of the palace coup against the elected government of the late Benazir Bhutto.

Our readers and PTI supporters are welcome to go through our archives on this issue.  The title “Taliban Khan” was first used at LUBP in 2008 and we feel it is an appropriate one given that the Taliban themselves nominated Imran Khan for the recent “peace talks”.  Whether we invented it or picked it from popular discourse is irrelevant. Unlike Najam Sethi who did his best to weasel out of it during this segment, LUBP will take ownership of this.

LUBP has been and will continue to be critical of not just Imran Khan and PTI but PML N and PPP as well on the issue of acting as allies and apologists of the Taliban and ASWJ. Unlike Sethi, a beneficiary of the patronage of multiple groups including the PML N, we do not believe in selective criticism on this crucial issue.

LUBP has not spared any political party or institute on the principle of human rights.  It was one of the leading sources in highlighting the participation of senior PTI leaders in the Takfiri Deobandi and Salafi militant conglomerate known as the Difa-e-Pakistan Council DPC.  At the same time, we have not denied space to those who publicly wrote why they would be voting for PTI.

We have contributors and writers who are or were critical supporters of PTI and we respect their right to choose their political leaders as well as their courage and intellectual honesty in being clear on their condemnation of the Taliban.  Similarly, while LUBP has contributors and editors who are or were critical supporters of the PPP, it has not stopped us from being critical of PPP or its leaders either.

So why has Mr. Sethi chosen to credit LUBP for the “Taliban Khan” title?

After being relentlessly attacked by their own former beneficiary, Imran Khan, Najam Sethi probably wanted to deflect the growing criticism against his bosses onto easier targets like us.

Sethi’s bosses at Jang Group are currently being cut down to size by their former masters in the ISI and the current ISI protégé, Imran Khan is being used as the point person for this job. Before GEO got on the wrong side of the ISI, they had no hesitation in doing the same to others and used their considerable corporate clout and Judicial favoritism to bully critics, including us. While LUBP sees no point in lionizing GEO or recycling them as “anti-establishment heroes” we also do not believe in collective punishment for the considerable number of JANG group journalists and staffers who are being caught in the cross fire.  Our support goes out to those like Ahmad Noorani, Taha Siddiqui and Ayaz Amir amongst others.  We are also deeply disturbed and concerned with the victimizing of Shaista Wahidi.

And while we continue to find the dubious roles played by propagandist bullys like Ansar Abbasi, Hamid Mir, Najam Sethi and Kamran Khan deeply problematic, we do not wish them any harm and condemn, unequivocally, any violence committed against them. We wish that instead of being collectively punished and censored as a group, the tax-dodging owners of the JANG Group are held accountable under the Law and not on the dictact of the ISI. We hold the rest of the media industry to the same standards and have not spared them for their role in promoting Takfiri terrorists, radicals and nut jobs either.

We will continue to try and avoid the easy path of basing our discourse within artificially constructed binaries.  We do not support Imran Khan’s attacks on GEO just as we did not support GEO’s mangling of the truth on numerous previous occasions.  Rather than be a party to the fight between former and current ISI protégés, we at LUBP simply want to concentrate on the existential issues facing Pakistan.  In this regard, we find that the discourse of both Imran Khan and Najam Sethi to be problematic. 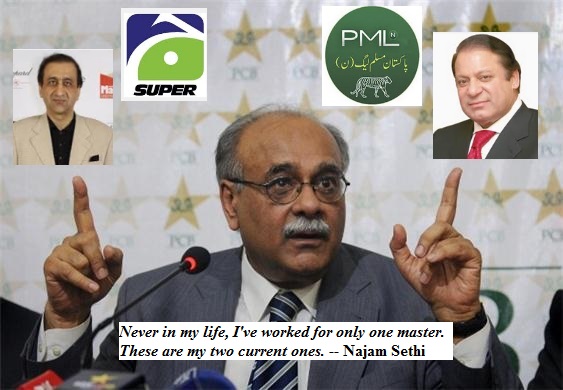 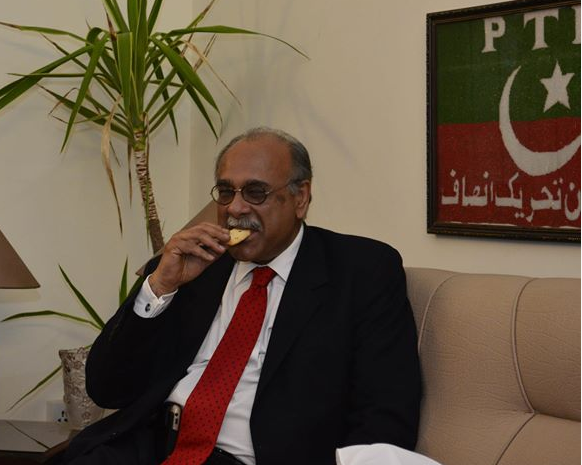 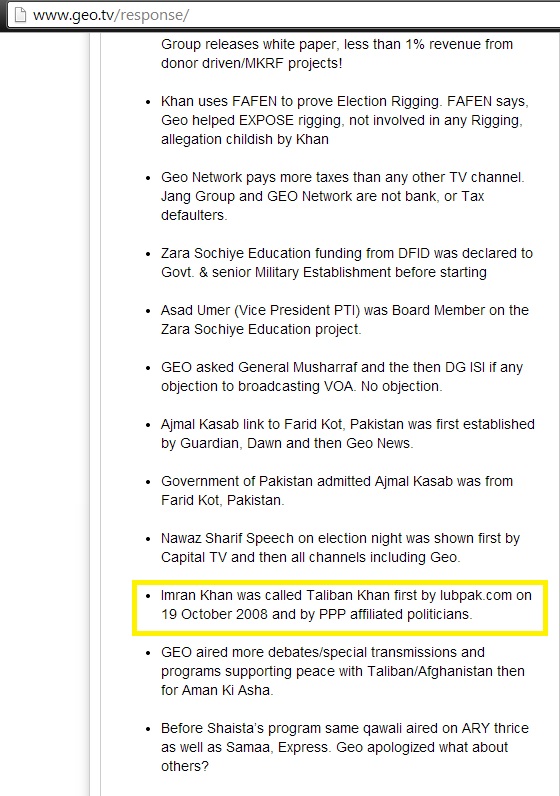