Deobandi Seminaries or Madrassas which comprise the vast majority of all Madrassas in Pakistan have been linked to stock piling arms and bombs. The large stashes of arms and suicide vests at the “Lal masjid” or Red Mosque were no secret. There is increasing evidence of active participation of Deobandi Seminaries with extortion groups and organized crime. 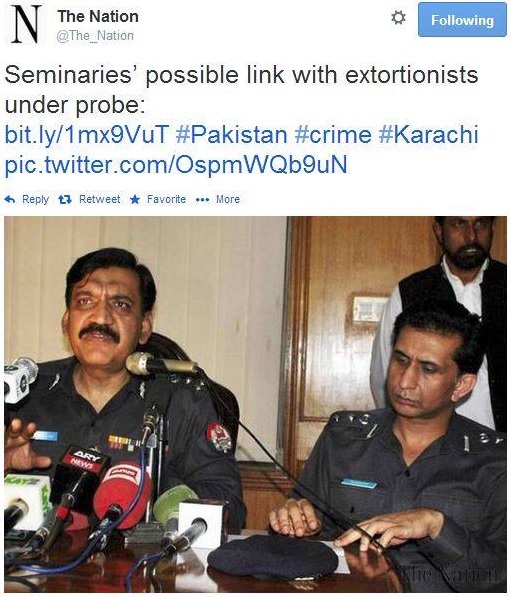 From Karachi to Islamabad, Deobandi Seminaries have become the center of extortion and support of terror group like the TTP , Sipah Sahaba ASWJ/LEJ. 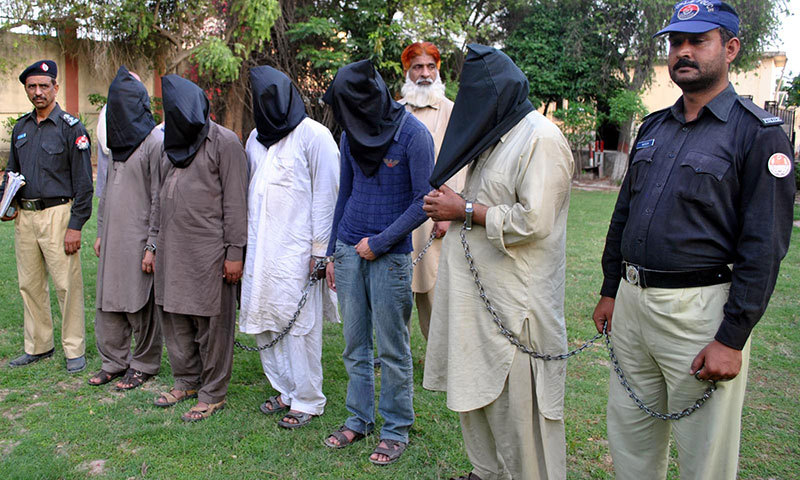 RAWALPINDI: A businessman has been arrested on the charge of helping a group of outlawed Tehrik-i-Taliban Pakistan (TTP) extort money from traders and other wealthy people in the city.

Regional Police Officer (RPO) Omer Akhtar Hayat Laleka told mediapersons at his office here on Monday that Haji Naeem, a hosiery trader and a resident of Mohanpura locality, had also staged a kidnapping for ransom drama a couple of days ago.

The RPO said after the police tracked down the suspect, he confessed to working as an informer for the TTP.

The Rawalpindi and Islamabad police report cited in this article  by Dawn (Read: http://www.dawn.com/news/1098291/ttp-getting-active-support-from-seminaries-in-twin-cities-report) clearly identifies that Deobandi Madrassas (funded by Saudi Arabia) are giving active support to the TTP to carry out attacks in the capital of Pakistan. The report validates LUBP’s analysis that the terrorism is deeply rooted in the Deobandi Madrassas with active funding by Saudi Arabia. The terrorism against Shia, Sunni brelvi, Christian and Ahmadi is rooted in the intolerant Salafi and Deobandi ideology and 90 percent of Pakistanis are held hostage by the 10 percent Deobandis and their Saudi funders. Since the terror is entirely religion based there are no good or bad Taliban, the weakness shown by the government to negotiate and isolate the bad Taliban is a fallacy. Distinguishing between LEJ, TTP, ASWJ as good and bad is a fallacy, these are trained and brainwashed killers driven by ideology.

Deobandi clerics openly eulogize the worst terrorists and criminals in the world (Read: https://lubpak.com/archives/313011) . They justify there terror and crimes as part of a holly war, when in fact it is an industry and business interest.