Home  »  Featured • Original Articles   »   Exposing the lies and fabrication: Al Jazeera’s program on #ShiaGenocide in Pakistan – by A Z 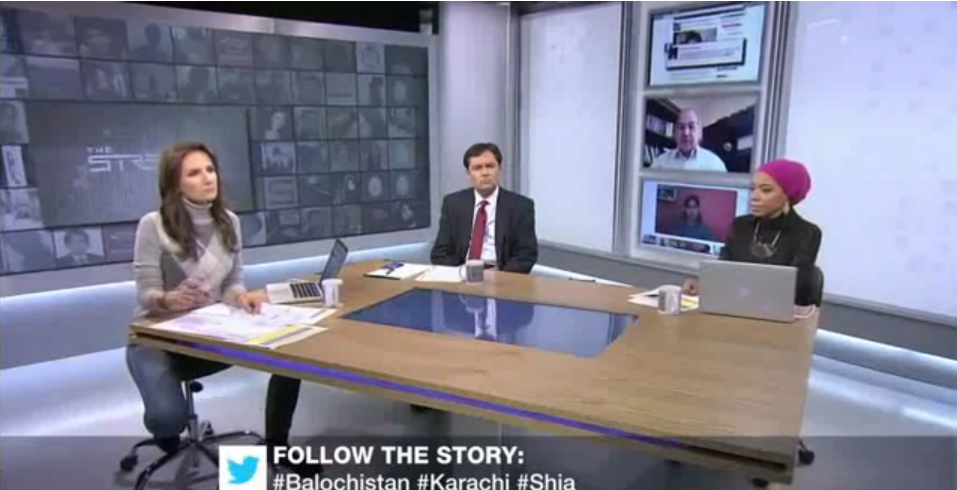 For as long as any of us can remember, in Pakistan we have lived in a world of injustice, ruled by an incestuous elite on an agenda to perpetuate their rule and line their own pockets, while 80 per cent of their countrymen live in abject poverty, with no justice and no security. These elite control our armed forces, our governments, our media, and our ideology and manipulate us in the name of religion and sectarianism and ethnicity and nationalism. We the 80 per cent are manipulated to live in fear and insecurity, do as we are told, lead a life of struggle, and bring up our children to do exactly the same. This dominion over the hapless masses of Pakistan has risen through incest between military and mosque centred on religion and the country’s so-called ideology. The suppression of honest debate and the truth behind our origin, culture, and heritage has left many people powerless to think for themselves and lures them into accepting things as they are and information as it is imparted to them.

In a backdrop such as this, it feels nice to come across writings and media coverage that try to unearth the truth. In one such programme aired by Al Jazeera, that I accidentally stumbled upon, Dr Taqi dismantles the lies about Shia Genocide being fed by the government and the mainstream media alike. Kudos to Dr Taqi for pronouncing the truth behind the “news”, while addressing the political, national, and religious forces shaping Pakistan as a receptacle for Shia Genocide.

With its very low literacy levels, in Pakistan people generally believe the media. Information is force fed to the masses, lies presented as facts, and nobody asks questions. Though Goethe made his astute comment (quoted underneath) two hundred years ago, his words still resonate the truth in today’s Pakistan. Similarly  garbage can indeed be found throughout stories about Shia Genocide in the mainstream press, in “official reports” and coming from the very mouths of the country’s leaders, including those “democratically” elected. But what even Goethe could not have predicted is the broad extent to which these mistruths are knowingly, deceptively, and insidiously woven into Pakistan’s daily news, effectively subverting the masses and keeping them blind and apathetic to the truths like the Shia Genocide being perpetrated around them. The program affords a brief glimpse into the fact that what Pakistani leaders and influential figures are telling us, as conveyed by mainstream media, does not accurately reflect the picture of Pakistan today. The only way to find the “truth” is to go to independent sources that are not funded and manipulated by media corporate  political interests, religious zealots, and the security and intelligence agencies’ narrative. Not only that, but the mainstream media in Pakistan has been historically and presently infiltrated by covert government agencies, seeking to deceive and propagandize their agendas. The ISI has long had associations with major mainstream news publications.

In conclusion, the programs like this by independent channels facilitate in not only exposing and criticizing the larger picture being painted, but also in pointing the finger at the obfuscation of truth itself; and examine who is lying, why they lie, how they manage it, and how they get away with it.

“Truth has to be repeated constantly, because Error also is being preached all the time, and not just by a few, but by the multitude. In the Press and Encyclopedias, in Schools and Universities, everywhere Error holds sway, feeling happy and comfortable in the knowledge of having Majority on its side.” –Goethe