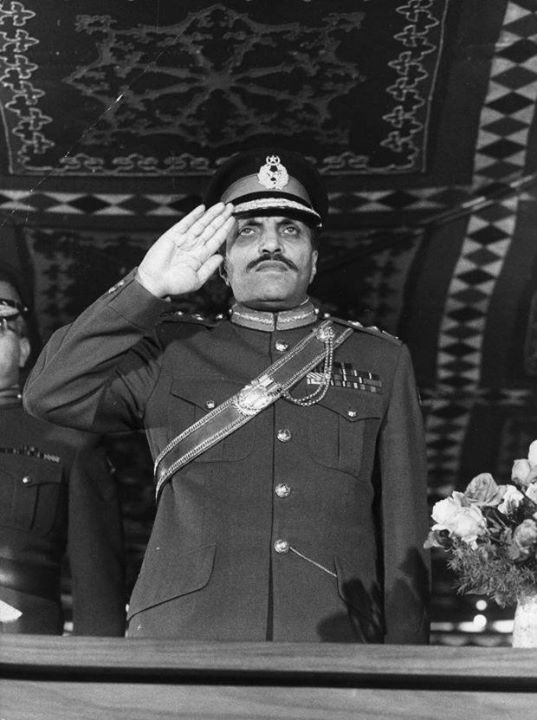 Daddy General Zia-ul-Haq Shaheed Jabray Shah was the greatest gift to Al Bakistan Deobandiyah. We could come out of our hate closets and be proud of it. He De-nationalized Ittefaq Foundries and sold it to his son, Nawaz Sharif Al Saudia for Rs. 1.

Daddy Zia ul Haq also promoted ethnic, sectarian and religious politics at a level never seen before. He gifted us with the culture of heroin and weapons but most importantly, he gifted us the culture of Hypocrisy and evoked memories of the Golden Age.

The 1,500+ people who died in Karachi from the combined heat wave have someone else to thank for aside from the inept Sindh government. They can also thank General Zia ul Haq Shaheed for the Ehteram e Ramzan Ordinance which takes enforced fasting to new heights of Fascism.

Haq Nawaz Sharif is now Prime Minister of Pakistan while also holding the dual title of Saudi Arabian political mistress. What a multi tasked this spawn of Zia Shaheed has turned out to be.

In 1980’s liberals used to oppose General Zia ul Haq Shaheed. Today, they (liberals) line up to praise and defend his spawn, Nawaz Sharif – who in turn lines their pockets.

Ashrafi Liberals and Comrade Haq Nawaz Sharif have perfected ALPS – Acute Lack of Proportion Syndrome and have succeeded in blaming ZAB for everything to absolve Daddy Zia Shaheed.

The 1980’s was the decade of Kitsch and General Zia ul Haq epitomised that on some many dark levels.

July 5th (1977 the day of Zia’s coup) must be celebrated by the “anti establishment” PML N government since they owe their 40-year old political and financial capital to this coup.