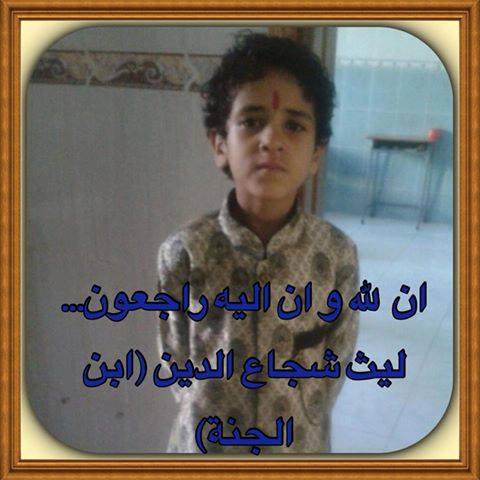 Saudi Arabia’s aggression against Yemen has taken a heavy humanitarian toll that is being ignored by the global media. In nearly a month of indiscriminate bombing, thousands of innocent lives have been lost including hundreds of women and children. 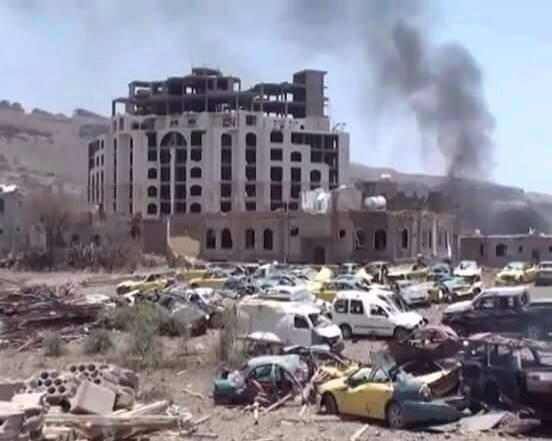 Saudi bombing on 20th April in Sanaa: Initial death toll according to medics was 46 but it may rise to 100+, while several people are injured. ‪#‎Yemen‬. Source: Yemen Real News

Organisations such as Human Rights Watch, Amnesty International and Medican Sans Frontiers/Doctors without Borders have utterly failed to properly and proportionally highlight the human rights catastrophe caused by Saudi Arabia to bolster its AQAP and ISIS proxies in Yemen. Compare this to their reactions on the brutal civil war between the Bashar Al-Assad government in Syria and Saudi-Turkish-Qatari-Israel sponsored Al Qaeda/FSA and ISIS. 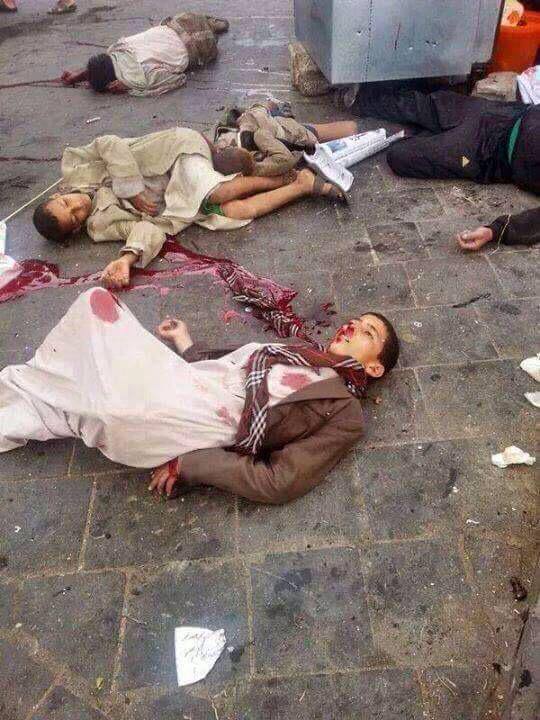 Will Kenneth Roth of Human Rights Watch speak out as passionately against the ongoing Saudi atrocities in Yemen as his oblique advocacy in favour of Al Qaeda/FSA in Syria?

When the vast majority of Yemen, including the 40% who identify as Zaydis oppose Saudi hegemony over their country’a affairs, the UN sanctifies their genocide! These double standards will haunt us once the Riyals dry up.

Pro-Salafi sectarians masquerading as “liberals” made a career out obfuscating the situation in Syria and absolving FSA aka Al Qaeda – Al Nusra Front of its equally heinous crimes. Compare this to the situation in Yemen where there are too few voices protesting Saudi Arabia’s aggression on Yemen to support its Al Qaeda and Daesh proxies.

Saudi Arabia is the primary sponsor/creator/financier of Salafi/Deobandi groups worldwide – from the Taliban, ASWJ and LeT in Pakistan to Al Qaeda/FSA and Daesh in Syria, Iraq and now Yemen.

“Yemen is not the only country in which Saudi Arabia is taking a more vigorous role. Last week, President Bashar al-Assad of Syria suffered several defeats, the most important being the fall of the provincial capital Idlib, in northern Syria, to Jabhat al-Nusra which fought alongside two other hardline al-Qaeda-type movements, Ahrar al-Sham and Jund al-Aqsa. Al-Nusra’s leader, Abu Mohammed al-Golani, immediately announced the instruction of Sharia law in the city. Sent to Syria in 2011 by Isis leader Abu Bakr al-Baghdadi to create al-Nusra, he split from Baghdadi when he tried to reabsorb al-Nusra in 2013. Ideologically, the two groups differ little and the US has launched air strikes against  al-Nusra, though Turkey still treats it as if it represented moderates.”  Source

“Al-Qaeda in the Arabian Peninsula (AQAP) has been the chief beneficiary of the Saudi war against Yemen’s Houthis so far, as it has distracted the Houthis from fighting against them, and freed up AQAP forces to amass huge gains in the southeast.” Source

To further exacerbate its genocidal  bombing campaign in Yemen, Saudi Arabia is refusing to allow medical aid to reach Yemen and boasts about its cruel intentions in this regard. 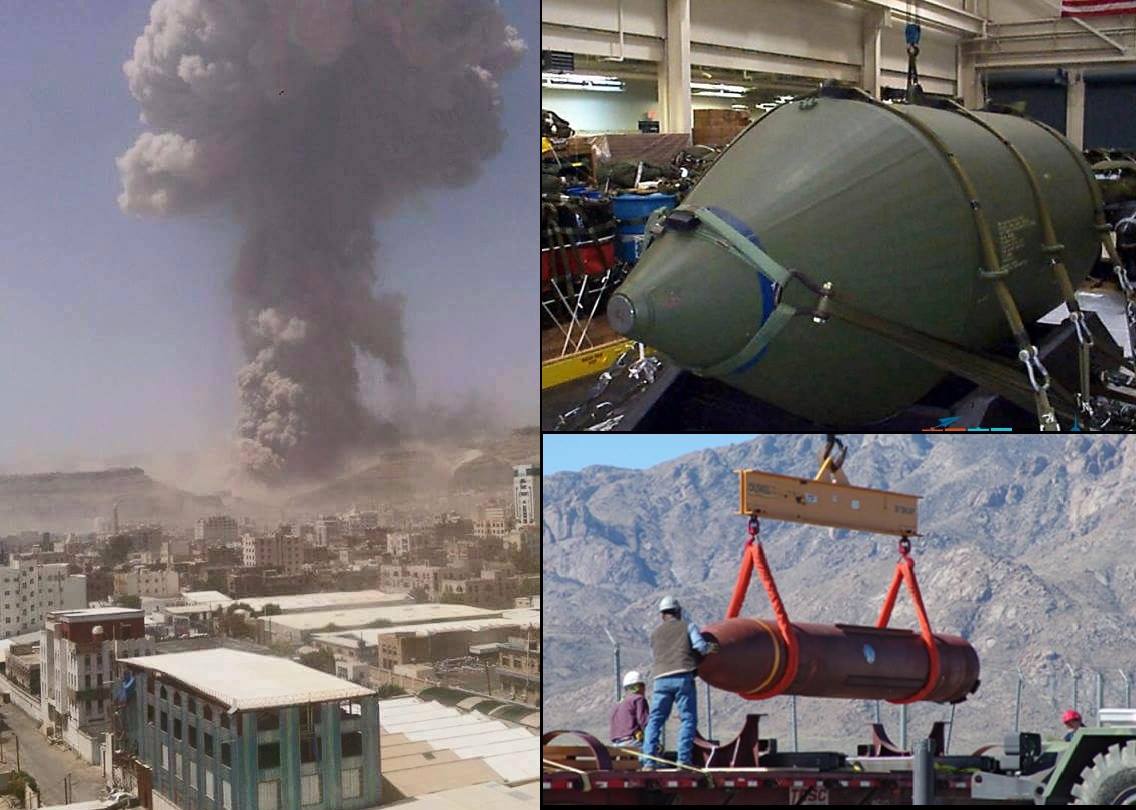 Reports that a BLU-118/B was used by #Saudis in today’s attack on Faj Atta area of #Sanaa, #Yemen. Source: Yemen Real News

Can we allow Human rights organisations to get off scot-free in their seeming complicity with Saudi Arabia’s aggression on Yemen?

Supporting Saudi Arabia in Yemen –  and for that matter in Iraq and Syria  –  is no different from being “Al-Qaeda’s air force“.

When Salafi and Deobandi fanatics – many from Europe, North America and Africa – create death and destruction in Syria and Iraq under the banners of Al Qaeda/Al Nusra/FSA and Daesh/ISIS, their apologists like Ali Khedery and Michael Weiss indirectly justify their atrocities.  These mass murderers are misrepresented as disaffected revolutionaries.

When the vast majority of Yemen, including the 40% who identify as Zaydis oppose Saudi hegemony over their country’a affairs, the UN sanctifies their genocide! These double standards will haunt us once the Riyals dry up…