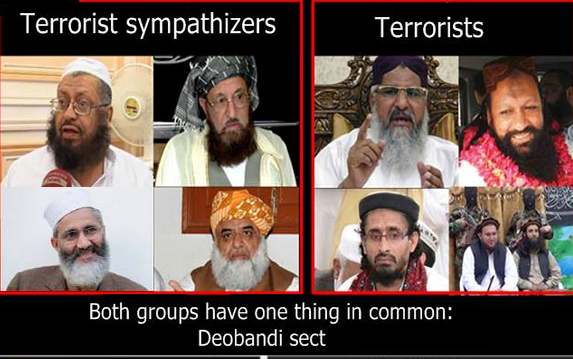 Often on Pakistani social media, we come across a few pseudo-leftists and pseudo-liberals – in fact Deobandi apologists – who blame Pakistan army for manipulating and using Deobandi clerics, madrassas and militants for jihadist strategic purposes in Afghanistan and Kashmir – while giving a clean chit to Deobandi hate clerics and outfits. Such pseudo-intellectuals often deny, dilute or obfuscate the common Deobandi identity of the Taliban (TTP), Sipah-e-Sahaba (ASWJ-LeJ) and other similar militant groups, ignore the historical takfiri and violent roots of Deobandism and instead claim that Deobandis are as good or bad as any other sects or subsects of Islam execpt that they have been used and manipulated by Pakistan army.

This Deobandi-exonerating discourse is quite noticeable in certain supporters of ANP and other leftist parties who are brave enough to clearly condemn Pakistan army but cat takes their tongue away when it comes to the USA/CIA’s alliance with Saudi Arabia in support of transnational Salafi Wahhabi and Deobandi network of Jihadists and its strategic use in Afghanistan, Libya, Syria and elsewhere. They also tend to completely ignore the Darul Uloom Deoband’s historical fatwas of takfeer and hatred against Shias and Sunni Sufis, which are often cited by the likes of ASWJ and TTP to justify their hate speech and violence against non-Deobandis. Apparently both groups work in close coordination: one group (Deobandi militants) kills Shias and Sunni Sufis with impunity whilst the other group (pseudo-liberals) tries to deny, dilute or justify the dominant Deobandi role in terrorism.

Here’s an exchange that took place on this topic on facebook:

And if you have to throw it to either a dried-up or still soaking red communist’s face, tell them it is called ‘internal contradiction’, which is more important as an agent of cause!

AN: Of course. Also blaming Pakistan army alone doesn’t expalin the presence of trasnational Deobandi and Wahhabi terrorism which stretches across all continents. Global Terrorism Report 2014 says it all.

SAI: I agree, one can neither absolve the state, nor be a blatant reductionist! And Deobandis were rational actors, they didn’t mind being used, they got money, power, numbers, how can they not be culpable?

AN: Exactly. It was and is a mutually beneficial marraige which comes with shared perks and accountability.

SAI: And they are so away from culture (or civilization) that there aren’t much scruples or costs for them, so violence remains normal to them. And this comes not from me, but Freud, one of the favorites of pseudo-liberals, most of whom have by the way never read him! I am only applying it to Deobandis. 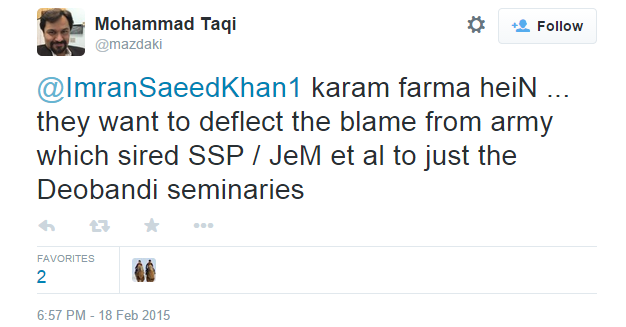 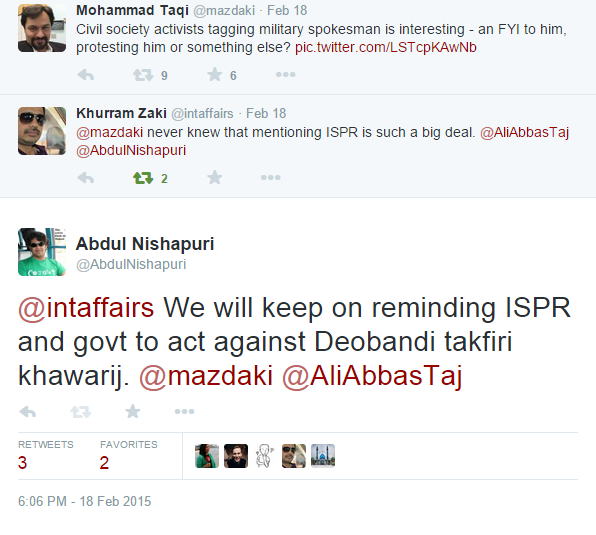 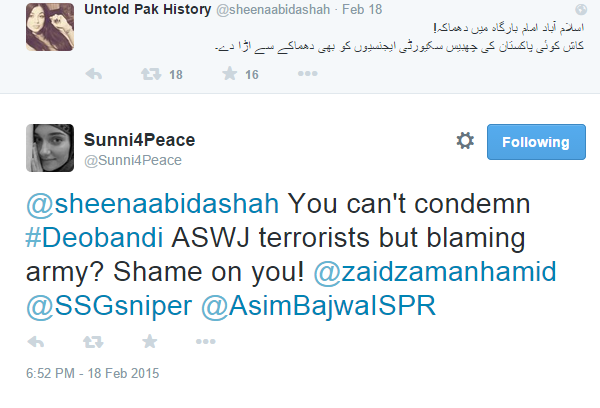 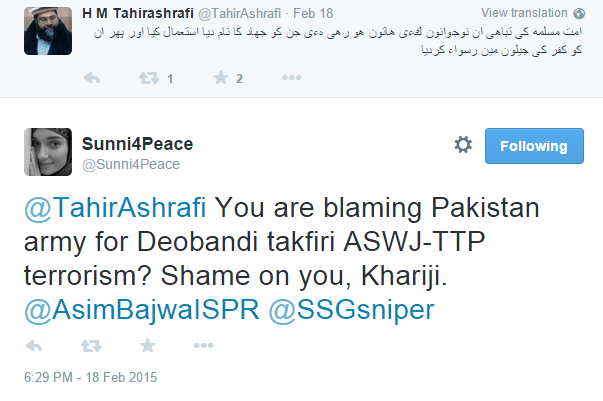