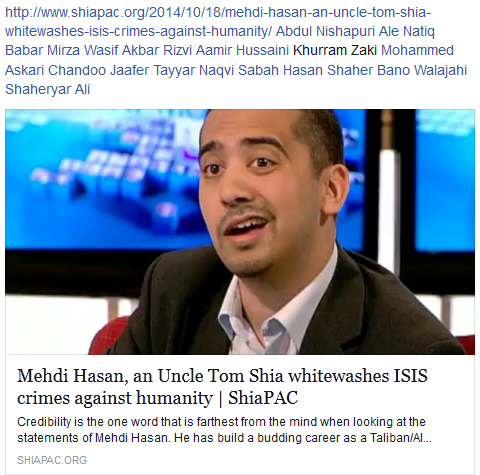 Sayyed Nakvisson : I had liked a similar post by him but that did not include any reference to Pakistan and there was no mentioning of “two wrongs make make a right”. He is treading on a difficult path. This way the ISIS will accuse him of being Shia and the Shia will accuse him of being ISIS sympathiser, which I do not think he is. But the attempts to look objective, neutral and unbiased can cost journalists dearly. I have been in similar situations, although I am a midget compared to him. The bottomline is anyone who steps into the national or international arena as a commentator or journalist is expected to have balanced views. But it is very hard to be balanced and one has to be extremely careful and tactfull and issue well thought through statements. A friend of mine left journalism and became a full-time artist and told me: “I do not want to be objective. I want to be subjective and that is why I have left journalism and become artist.” He is a Shia Muslim.

Ali Abbas Taj : In talking about the violence in Iraq and not mentioning ISIS does not make one objective; it makes one dishonest! Throughout the world, journalists are not monolithic in their tone. Being a journalist does not mean taking the mean/median/average position and using such tactics to show yourself as “unbiased” and “balanced”. Has Mehdi Hasan written anything substance about the plight of those who are suffering from Deobandi terrorist groups in Pakistan?? It is dishonest to lump the Sunni victims of Deobandi terrorism in the same category and then blame them for killing Shias. MeQ/SIC/STC are all Sunni groups and they have all suffered from the same Deobandi terrorists who are killing Shias, Ahmadis, Christians in Pakistan.

Sayyed Nakvisson : I do not reject the idea that Shia might have killed some Sunnis in Iraq. Because war changes men. But I also find it a tactic of the mainstream media to make the Shia look the oppressors and not the oppressed. This is a narrative that is progressed by the likes of Sipah e Sahaba and their sympathisers. But when it comes to ground reality in Iraq, I won’t be surprised that some Shia killed some civilian Sunnis. It won’t surprise me at all. Humans are strange creatures. But this does not mean that all the crimes of the oppressors committed against Shia Muslims over the course of 1400 years are washed away just like that.

Ali Abbas Taj : Sayyed Nakvisson true. and we condemn any violence against civilians regardless of who is doing it. But both Sistani and Khamenai in Iran have explicity and in clear terms forbidden any form of hatred and sectarian attacks. From secular shias to conservative shias, these 2 cover the spectrum. Who can forget Sistani’s role in immediately stepping in and put an end to violence against Sunnis in Iraq after the destruction at Samarra. For Mehdi Hasan to create a false binary between these two situation and not even mention ISIS that is committing the Genocide of Sunnis, Shias, Christians, Yezidis in Iraq is the height of dishonesty!

Sayyed Nakvisson: He works for Huffington Post. In fact he is political director of Huffpost UK. What do you expect from him?

Ale Natiq : He has moved to Al Jazeera. Even better

Sayyed Nakvisson : I thought he had previously worked for Al Jazeera.

Ali Abbas Taj : He should be held to account for his insensitive and dishonest apologist tripe.

Sayyed Nakvisson : let me tell you. On a number of occasions I have sent op-eds – and they were really not that bad – to HuffPost and Guardian related to Syria. They refused to publish them. This is while they publish a lot of articles which are really not that exquisite. They won’t publish anything that puts their narrative under scrutiny. No, they won’t. So I do not have much expectations from them anymore.

Sayyed Nakvisson : The point I am trying to make is that anyone who works for them, especially in high-up positions, one should not expect them to further the narrative the majority of Muslims want to put forward. They won’t. They can’t.

Babar Mirza : I thought he spoke well in defence of Islam but I agree that his equating of shia and sunni killings is intellectually dishonest.

Babar Mirza : Lately I find another so called rep of Islam Reza Aslan very strange in his comments re ISI. Infact reprehensible, and I used to admire this chap.

Ale Natiq : Actually what he says or writes does forward the narrative of majority Muslims. His narrative and that of mainstream media does not cater shia opinion and sensibilities. In his apologetic Oxford speech he forwards agenda of Muslims but ignores salafi terrorism undermining shias. He is playing safe and populist and avoiding ‘sectarian’ tag to remain relevant.

Sayyed Nakvisson : Yes you are right. He does make apologetic statements but they are not that bad and indeed reflect what most Muslims want to tell the world. I personally believe Muslims should stop being apologetic. Why should a common Muslim feel that he/she is responsible for the cumulative crimes committed by a minority of Muslims. But being a Shia himself, Mehdi Hasan might find it difficult to make statements with explicit references to Shia Muslims. However, it does not hurt to mention ISIS. On the other hand, being objective ( ) I have seen him issuing statements mentioning Ayatulah Nimr and condemning the Saudis.

Ali Abbas Taj : Ale Natiq agree in part but I don’t even thing he is acting in the interests of the majority of muslims. We have to be honest in that Salafist-Deobandi lobbies have hijacked the muslim narrative from Indonesia to Turkey and from Norway to Nigeria. Women, Shias, Sunni Sufis, Sunni Barelvis, Christians, Ahmadis are all suffering horribly. He is catering to the naive, the ignorant, the apologist and the sectarians.

Babar Mirza : I agree, he is a very clever operator, too glib! And he hides his identity skilfully, infact I didnt know he was shia till someone told me.

Sayyed Nakvisson : Wikipedia says he is Shia. But one must also understand in the West it serves little to wear one’s faith on one’s sleeve.

Ali Abbas Taj : Sayyed Nakvisson those who are suffering the brunt of genocide don’t need to be apologetic. Rather, they should come and speak the truth if they are in safe countries which are ironically, not muslim majority.

Ali Abbas Taj : Sayyed Nakvisson There are other avenues of publishing these articles. Please don’t waste them.

Babar Mirza : I realise this and to be honest any defence of Islam in todays atmosphere is to be welcomed but stating some obvious truths re shias wouldnt hurt.

Babar Mirza :I just read the article, very well written and I agree with most of the thoughts presented. It is so easy, especially in the west andespecially if u speak well are reasonably good looking, to get air time on prime time tv and speak glibly on Islam as Reza and MH do without any fear of contradiction except to raise the “racist” card whenever confronted.RA in fact to me appears to be a bigger admirer of christianity andJesus A.S. than Islam and prophet Mohammad A.S. I have never heard, not yet anyway, any words of praise for Prophet Muhamad A.S. or comparision of Mohammad and Jesus. He seems more a spokesman for christianity than Islam in fact as evidenced by his strange comment on one of his youtube presentations that He ldid not find Islam better or worse than chtistianity but rather the symbols and metaphors in Islam suited his own and were better suited to his undetstanding of God religion etc so thats why he was a moslem! Can you believe this? And this man is representing Islam on the world stage!! 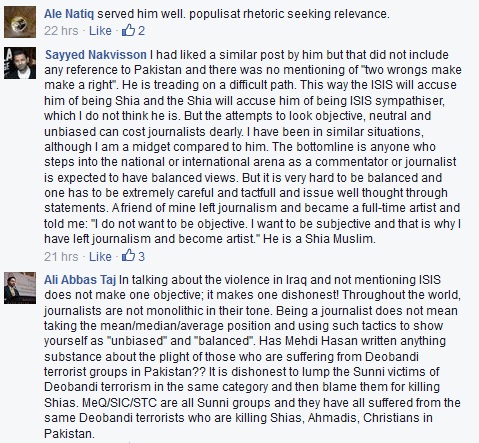 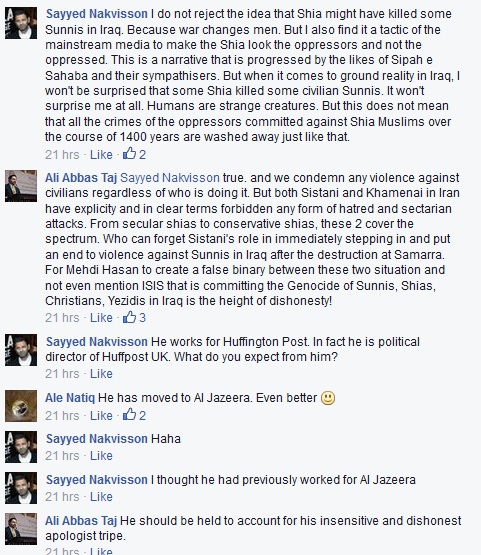 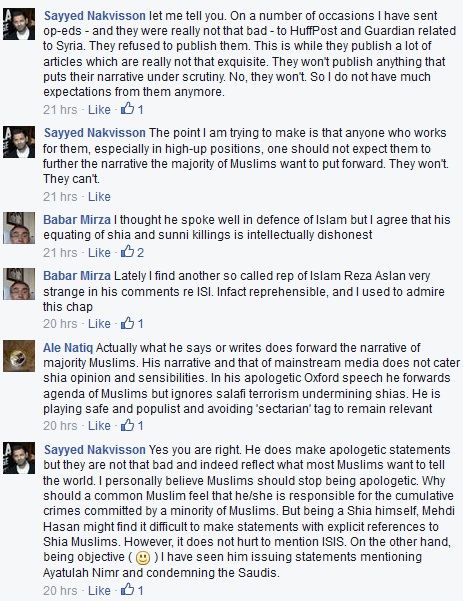 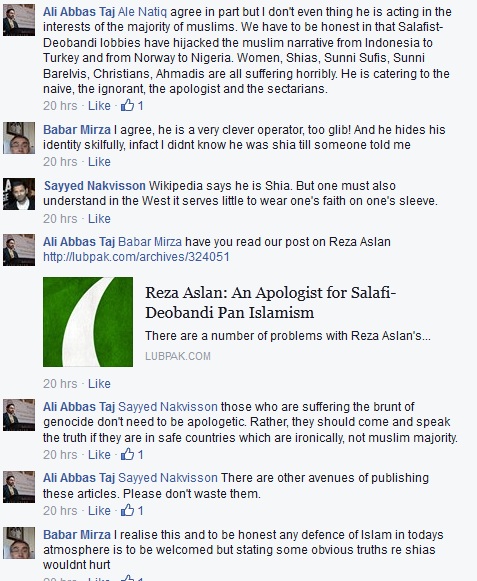 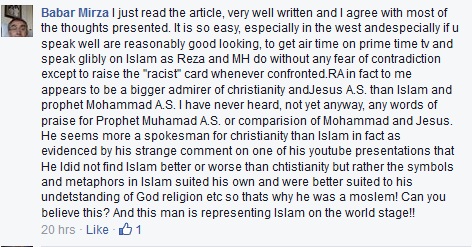