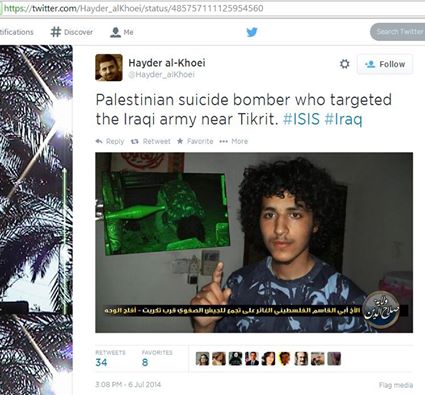 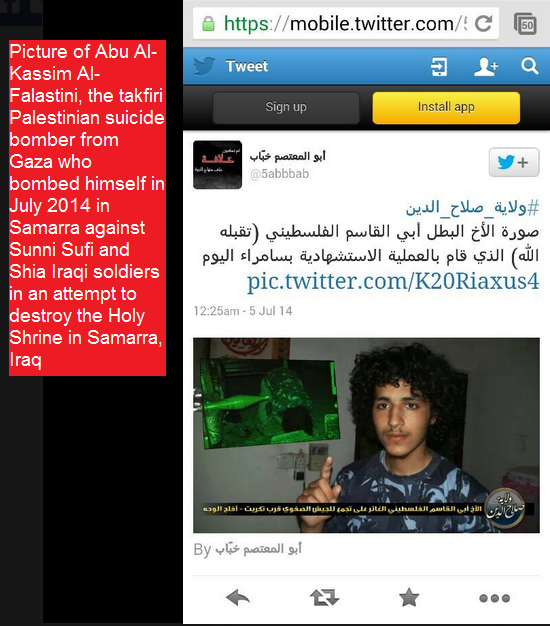 A year ago, I read an article by Fatima Rajput, a cultural critic based in Islamabad, who wrote:

No matter how many Al Quds rallies Shia Muslims of Pakistan organize, they will continue to be demonized and murdered by Saudi Wahhabi funded Deobandi militants. No matter how much Shia Muslims support the Palestinian cause, it will not be taken into consideration by Hamas. On the contrary, Hamas has now openly allied itself with Al Qaeda aka Jabhat Al Nusra and the Saudi-funded Free Syrian Army (and also ISIS) in massacring Shias, Sunni Sufi and Christians in Iraq and Syria. Before the current manufactured crisis in Syria, Hamas had already shown its true colours. Its policies were always extreme and violent and its anti-Shia sentiment was obvious when Hamas restricted Muharram Ashura processions in Gaza. http://www.aljazeera.com/news/middleeast/2012/01/2012117194537484213.html

Why are 6000 Shia children killed by Deobandi terrorists in Pakistan less worthy than Palestinians or drone victims? https://lubpak.com/archives/231236

Should Shia Muslims continue to support the same Hamas that does not even consider them Muslims, the same Hamas that is now taking an active part in Shia and Sunni Sufi massacres in Syria with its open alliance with Al Qaeda, Jabhat Al Nursa and the organ-eating Free Syrian Army?

As an embattled faith community, Shia Muslims must be clear on the crisis facing them. It is correct to critisize the US congress, Israel’s Netanyahou Government and the EU for supporting Al Qaeda in Syria and Iraq. It is also correct to question Israel’s policies of collective punishment of Palestinians and illegal occupation of parts of Palestine. But it is dishonet to stop there and not mention the role of Saudi Arabia, Gulf States and Hamas. It is equally dishonest to blame Israel for massacres of Shias and Sunni Sufis in Pakistan while remaining completely silent on Takfiri Deobandi identity of terrorists who have killed more than 22,000 Shias in Pakistan.

I also recalled this article in Pakistan Blogzine: Saudi winter in the Middle East and Hamas militants’ attack on Shia Muslims in Gaza: http://pakistanblogzine.wordpress.com/2012/01/28/saudi-winter-in-the-middle-east-and-hamas-militants-attack-on-shia-muslims-in-gaza/

Back to the present, in July 2014, and here’s a disturbing news. While ISIS Salafi Wahhabi and Deobandi terrorists are detonating Sunni Sufi shrines, Shia mosques and Christian churches in Iraq and Syria, Palestinian Wahhabi/Takfiri terrorists are busy in helping the ISIS terrorists.

Here is a picture of a Takfiri Palestinian teenage terrorist, Abu AlQasim Al-Filistini, who participatd in the massacre of thousands of innocent Sunni Sufis, Shias, and Christians as a member of takfiri Wahhabi and Deobandi terrorists known as ISIS/IS. This Palestinian suicide bomber targeted the Iraqi army near Tikrit (on way to Samarra to attack the holy shrine in that city).

A recent survey of Middle Eastern attitudes toward Bashar al-Assad revealed that at least 65 per cent of Palestinians in the Palestinian Territories have very unfavourable view of Assad hating him due to his Shia / Alawite background and perecieved oppression of Sunnis and Salafis by his government.

Celebratory gunfire in Ain al-Helweh Palestinian refugee camp in Lebanon yesterday on announcement of Salafi Caliphate of ISISI in Iraq and Syria. It may be noted that a large number of Palestinians inluding Hamas are helping Al Qaeda, ISIS and other Salafi Wahhabi and Deobandi terrorists in massacring Sunni Sufis, Shias and Christians in Syria and Iraq. In West Bank, Hamas militants have in the past attacked Shia Muslims stopping them from participating in Ashura rituals of Muharram. https://twitter.com/ajaltamimi/status/483581784412930048
https://twitter.com/sunnanews/status/483338520619409408

Israel is firing on Palestinan areas but on Twitter so many Palestinians are condemning Iraq’s ‘Shia kafir’ army for its operation in Tikrit. 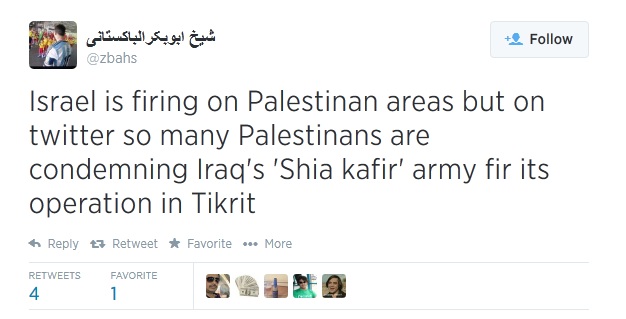