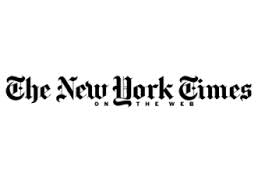 Editor’s Note: It is important to challenge vague, wishy washy reporting and deliberate obfuscations with facts and counter arguments. In this article that was published by the New York Times, there were a number of egregious errors and omissions. The role of the Pakistan Army in creating, sponsoring and patronizing Deobandi and Salafi terrorists needs not be presented instead of being diluted by selectively blaming individuals who have been dead for the last quarter of a century.

Similarly, the role of the Judiciary and the media in protecting and promoting these terrorists needs to be highlighted. The role of politicians cannot be obscured either; as it clearly the case with this article. From the complicit PML N to the spineless PPP, the political class have not only failed to curb Salafi-Deobandi inspired terrorism, they have actively supported it for the own political ends.

There is never any mention of the complicity of the Pakistan Army in harboring Ossama Bin Laden or the alleged protection of Ayman Al Zawahiri and Mullah Omar. The fulfillment Pakistan Army vision to turn the entire nation of Pakistan into a fascist Taliban state, which exports mercenaries and terrorists is at least in part on the shoulders on the pseudo liberals of Pakistan who obfuscate the role of Pakistan Army in their nurturing of Deobandi and Salafi terrorists.

This post should not be considered a critique of Ali Sethi alone because his article is an example of how compromised and rife with factual errors is the pro establishment media discourse. Other pseudo liberals like Raza Rumi, Sherry Rehman and Ejaz Haider to name a few are talented writers but hired guns of the military establishment.

The military establishment has continued to consistently cajole or coerce religious and ethnic groups towards the end progressively increasing emphasis of fascist deobandi ideology. This is suitable for the military establishment it makes the nurturing of taliban mercenaires easier and their customers and backers is the Gulf Arab states stand willing to fund it.

149 Shia Muslim doctors and 12 Ahmadi Muslim doctors have been killed by the Deobandi ASWJ-LeJ.  Many of these doctors, including Dr. Mehdi Ali completed their qualifications in the United States before opting to serve their fellow countrymen – irrespective of faith.  Their blood alone deserves a better response than the problematic and vague article by Ali Sethi.  The world needs to see for themselves how the pseudo liberal intelligentsia has deliberately distorted the debate on extremism by conveniently leaving out those facts that harm their material interests. Ali Sethi is part of the Friday Times team – the same Friday Times that provided an uncontested platform to ASWJ-LeJ chief Ludhianvi to spew his incitement to murder Shia Muslims.

In an article Ali Sethi published in the New York Times, one can find how gloriously he has carried on his father Najam Sethi’s tradition of hypocrisy, sycophancy, and obfuscation of the political scene of Pakistan. In the article titled “Pakistan’s Tyranny of Blasphemy” published on 21 May 2014, Ali Sethi discusses the history and consequences of the Blasphemy Law in Pakistan. The article can be read on-line.

Below the main points of Ali Sethi’s article will be analysed:

Ali Sethi: “Those jaws have been open wide since the 1980s, when the military dictator Gen. Muhammad Zia ul-Haq updated a set of colonial laws that criminalized ‘insulting the religion of any class of persons’.”

LUBP comment: Ali Sethi is defending the Army as an institution by trying to prove that the Blasphemy Law was an individual’s idea. From staging the coup in 1977 to imposing the Blasphemy Law in 1984 to the wholesale killing of Gilgit’s Shias in 1988, everything General Zia did was a collective-institutional crime of the Pakistan Army, and not (General Zia’s) personal act. But the likes of Najam Sethi have ceaselessly portrayed the Army as a professional, honest institution above any malicious fray. It is his father Najam Sethi who has popularized the expression hamari bahadur fauj, i.e., our brave army. Now his son Ali Sethi has carried on his father’s shady journalism.

Ali Sethi: “General Zia’s amendments particularized the insults and tailored the provisions to favour a stringent Sunni strain of Islam.”

LUBP comment: Ali Sethi is guilty of obfuscation again. There is nothing “Sunni” about the “stringent” strain of Islam. Ali Sethi refuses to tell his readers that it is the Deobandi strain of Islam which is behind the genocidal campaigns in Pakistan. He has incriminated all non-Deobandi Sunnis (which make up about 80 percent of all Sunnis of Sufi Sunni Brelvi) .

Ali Sethi: “They criminalized the desecration of the Quran, any defiling of the name of the Prophet Muhammad, and disrespectful remarks about his companions — a jab at Pakistan’s Shiite minorities, who dispute the outcome of the succession struggle that followed the Prophet’s death.”

LUBP comment: Ali Sethi denies the genocide by calling it just a “jab”. It was Ali Sethi and Najam Sethi’s magazine “The Friday Time” which published Mullah Ahmed Ludhdianvi Deobandi’s interview in which he was given an opportunity to deny the ongoing Shia genocide in Pakistan and claim that calling Shias “Kafir/Infidel” was a harmless political slogan.

Ali Sethi: “General Zia died in an air crash in 1988, but his legacy remains. . . . But General Zia’s amendments opened the floodgates.”

LUBP comment: Ali Sethi is deliberately distorting history here. It was not General Zia whose amendments opened the so-called floodgates. It was Nawaz Sharif who in 1992 pushed the Blasphemy Law through the parliament making blasphemy punishable by death. But Ali Sethi will not tell the truth because his father is an ally of Nawaz Sharif. It was no other than Najam Sethi who  by his own proud statement fixed “35 punctures” for Nawaz Sharif in the 2013 election, thus, turning 35 of Nawaz Shairf’s electoral defeats into victories. Here again the military establishment whose interests of making Pakistan a security oriented fascist state is completely exonerated.

LUBP comment: Again, Ali Sethi is obfuscating. The “Sunni extremist” was a Deobandi and a member of the Ahle Sunnat Wal Jamat/Sipa-e-Sahaba. He is trying to tell the world that there is no such thing as Deobandi terrorism in Pakistan, but “Sunni” extremism.

Ali Sethi: “The Gojra rioters included the constituents of the local opposition politician, peasants and day-labourers from neighbouring areas who joined in the looting and armed members of the now-banned Sunni militant group Lashkar-e-Jhangvi.”

LUBP comment: The Lashkar-e-Jhangvi is a Deobandi terror group, which has killed thousands of Barelvi Sunnis in Pakistan in addition to killing thousands of Shias. The Gojra attacks on the Christians were jointly led by the politicians of the Nawaz League and terrorists of Ahle Sunnat Wal Jamat. Ali Sethi hides their identity by referring to Lashkar-e-Jhangvi only.

Ali Sethi: “But the greatest beneficiary [of the Blasphemy Law] has been the professional Islamists, who specialize in their application to encroach on both state and society.”

LUBP comment: What is meant by “professional Islamists”? What is “encroach”? Ali Sethi’s choice of these almost meaningless words is an alibi for the Deobandi murderers. It puts a semantic gloss over their crimes. Do these murderers “encroach” on anything? No, they do not; they murder people and grab innocent people’s lands. If there are “professional” Islamists, who are ‘non-professional’ Islamists, then?

Ali Sethi: “The ruling Pakistan Muslim League-Nawaz party has a history of placating extremist groups, like the Pakistani Taliban, to gain political mileage.”

We have already written about Najam Sethi’s obfuscation of the roots of terrorism and the identity of terrorists in Pakistan. Some of the relevant articles can be read here:

Najam-Ali must be the shadiest father-son pair in the world churning out journalism without a conscience. Throughout his journalistic-political career, Najam Sethi’s have been shady deals and dealings. His role in as a member of the “London Group” raises many questions. It is believed that he betrayed the Bloch resistance against the Pakistan Army. It is surprising that Najam Sethi who was helping the Bloch resistance against the Pakistan Army till 1976 became a millionaire publisher and journalist within five years of his ‘arrest’ in the same year. If this was not shady enough, he was a member of the Farooq Leghari cabal which was behind the sacking of Benazir Bhutto’s democratically elected government. His politics without conscience culminated when he was a member of the caretaker government which Farooq Leghari formed after sacking the Benazir government in 1996.

But it is his defence of the Army where Najam Sethi’s politics without conscience is at its best/worst. He aggressively promoted General Musharraf as an ‘enlightened’ ruler. He has been giving confusing statements about the American drone attacks, but has not even once said that it was not the PPP government, but the Army which allowed the Americans to use drones against the Taliban. He has been promoting the Army as the only reliable institution in Pakistan while the rest, including the parliament, are useless. In Sethi’s own words, “There is only one institutional force that can establish the writ of the state and restore law and order. That is the Pakistan Army.”

Ali Sethi and Najam Sethi jointly run The Friday Times. Najam Sethi has undermined democracy as very few journalists have. With his defence of the ISI and the Nawaz League, and obfuscation of the Deobandi terrorism in Pakistan, he has earned great disapproval from Pakistan’s persecuted minorities. Now his mission is being ably carried on by his Harvard-graduate son. The House of the Sethi marches on winning accolades from Islamofascists and their masters as thousands of innocent Pakistanis are killed. From Najam Sethi to Ali Sethi, the Father-Son narrative is that of shameless obfuscation and standing for and by the freedom and democracy and the Deobandi Taliban at the same time and in the same breadth.