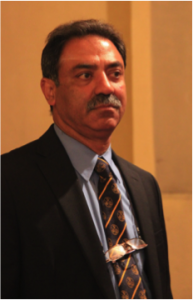 I begin to write this with a heavy heart – tears in my eyes – each flowing down slowly down my cheeks and wetting my beard. I can not bring myself to write this but I have to for the memory of a colleague, a friend a senior.

Dr Faisal Manzoor was killed on Monday May 12 in the evening while returning from his hospital in Hasan Abdal. He was 50. At this moment its not clear but he was shot while driving his car. It was just a couple of months back in March – his older cousin – another doctor and a senior was killed while driving back from the clinic. The cousins were running Hasan Medical Complex one of the leading health care facility in the small town. Both cousins chose to humbly serve the community in their own hometown rather than making it big in another city or abroad.

One would ask why were they killed? Their major sin for which they were mercilessly murdered, apart from being professionals was they were Shia and belonged to a well known Shia family in Hasan Abdal. 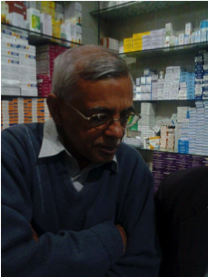 we got to spend four year together in boarding. Later he went on to King Edward Medical College. After his studies rather than settling in another city or rather abroad as many other doctors have, he decided to settle down and serve his own small town community in Hasanabdal. So the cousins in a very short time had established one of the most modern private hospital right at the GT Road.

Faisal’s hospitality was such that no Abdalian traveling from or towards Peshawar could escape it. All those who stopped over had the full of their stomachs and hearty laughters from Faisal.

Faisal and his family being a prominent Shia family in Hasan Abdal were regularly getting threats from the Takfiri Deobandi LeJ/ASWJ who were living in the nearby colony known as Muawiyah Town. They were considering extra protection for their family but I don’t think they were considering leaving everything behind and flee – how could they – he was the son of the soil. He had devoted his entire life to treating patients and doing philanthropy work right there in Hasan Abdal.

We continued to meet at occasions especially Abdalian reunions and get togethers. He was also very active in serving the cause of his alumni. And very regularly he had something to say or contribute on the alumni page on Facebook.

From this status we can share the care and warmth Faisal felt towards the students at Hasan Abdal, regardless of their faith.

Why was he killed for his faith?

Dr Babar Ali was assassinated around 8 pm on March 18 while driving back and Faisal was killed at the same spot around the same time on 12 May.

Omar Ali, another colleague had tweeted its getting close for us. Yes it is! Since December 2012 in 17 months I have read news about, sent condolences for 4 doctors that I knew personally, all gems of persons, who dedicated their lives to serve the poor and the sick of their homeland. Dr Syed Riaz Shah a leading physician in Peshawar killed by LeJ/ASWJ in December 2012. Dr Ali Haider a leading ophthalmologist and the professor of surgery who was killed on 18 February 2013 in Lahore along with his 11 year son. Dr. Babar Ali the deputy director of polio campaign in the district was shot on March 18 2014 and finally our dear Faisal Manzoor on 12 May at the same time and spot as his elder cousin sprayed mercilessly by the bullets filled with hate and venom of the Takfiri Deobandi LEJ/ASWJ. No one of the 4 doctors had ever asked any of their patients what their faith or beliefs were. They just served them, treated them sometimes at no cost. But their killers, without a moment of remorse, killed them for being nothing but a Shia doctor.

When and where this madness end?

Will it ever end?

Is it a message from the powers be that Shia doctors should just pack up and leave?

Just treat their own?

Can we afford to remain silent. Let the lives and death of Drs Riaz, Ali, Babar and Faisal go in vain, be just some more unsung heroes among many other precious lights snubbed by this madness of Takfiri Deobandi killing. Silence is not what we can afford.
If not… A moment of silence for you If you are living in Pakistan, a professional e.g., a doctor and Shia … please.