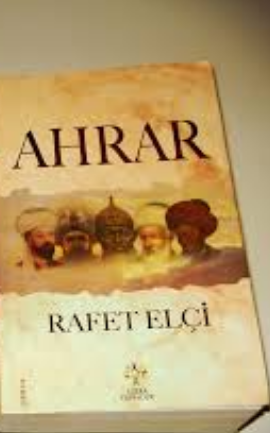 A previously unknown group Ahrarul Hind has accepted responsibility of suicide bombing and brutal killings of people in district and session courts in Islamabad on 3 March 2014. Media is telling us that this is a splinter group of the TTP which has parted his way recently due to TTP’s stance on talks with Government. We are of the view that this is yet another addition to the list of aliases used by takfiri Deobandi terrorists who are killing innocent Sunni Barelvis, Shias, Christians, Ahmadis and other communities in Pakistan to implement the Deobandi and Salafi/Wahhabi version of Shariat. Intriguingly, the Ahrar-ul-Hind utilised same mailing addresses and telephone numbers to communicate with same journalists as used by TTP!

Ahrar is a name used by Deobandi and Salafi/Wahabi terrorists imported from Pakistan, Saudi Arabia, Lebanon and Jordan who are currently massacring not only Syrian army but also innocent Sunni Sufis, Shias and Christians in Syria.

In the context of Pakistan and India, Aharar are those Deobandi radicals who had established their struggle on intolerance and forced acceptance of their own interpretation of Sharia . The Ahrar Movement played a significant role in radicalizing lower middle class layers of Deobandi community in Punjab, KP and FATA. The anti Ahamdi violent movement was driven also by the Ahrars resulting in 1953 Lahore riots leading to the imposition of the first Martial law in Pakistan. Many innocent Ahmadiyya Muslims were killed in the riots. This is documented in the judicial reports by Justice Munir. Other journalistic sources include Abdullah  Malik’s book “پنجاب کی فرقہ وارانہ تحریکیں”. It may be recalled that the May 2010 Ahmadiyya massacre in Lahore too was claimed by the banned Deobandi terrorist outfit Lashkar-e-Jhangvi (LeJ, currently operating as ASWJ).

Majlis-e-Ahrar-ul-Islam was founded on 29 December 1929 in Lahore, and Deobandi radical clerics Syed Ataullah Shah Bukhari, Syed Afazal Haq, Habiburahman Kandhalvi, Zafar Ali Khan and Dawood Ghazanvi were its founding fathers. This coincided with a time when Hitler was organizing his followers in Germany and other parts of Europe on the basis of racial and religious hatred. The organized hate movements of the Nazis may have inspired the founders of the fascist Deobandis to organize as a hate group in the Indian Subcontinent. Deobandis were also inspired by a similar hate movement in Saudi Arabia, i.e., Wahabism/Salafism of Muhammad ibn Abd al-Wahab.

There is a book published by Maktaba Ahrar, Multan, compiled by Ataullah Shah Bukhari’s son, in which we see speeches of Atallah Shah Bukhari admiring Hitler and its armies. In that period when Deobandi clerics gave Fatwa that Hindustan had become place of war (dar-ul-harb) and Muslims should migrate from this place, then some Ahrari leaders and workers went to Afghanistan and some crossed the border and went to Burma which was captured by Japanese forces and some also reached Germany and they asked Hitler for their help against Biritish Indian Government as they wanted to establish a Deobandi (semi-Salafi) Caliphate in India. Ironically, progressive Pashtun leader Bacha Khan too was an active part of the Khilafat and Hijrat movements organized by the Deobandi and Ahrari clerics. In addition to establishing Deobandi madrassahs in KP and tribal areas, Bacha Khan (Ghaffar Khan) actively led the Khilafat and Hijrat movement in Pashtun areas. By the time, the Khiliafat Movement ended, the artificial unity among sectarian groups of Hindus, Sikhs and Deobandis shattered away.

The Ahrar movement became the first modern Takifiri Deobandi political party having strong links in Punjab before the Partition in 1947.  After Partition, it became purely fascist Deobandi political and militant movement. Overtime, leadership of this Deobandi extremist group grew roots in Saraiki and Pothwar regions. Although the the movement was indigenous to the Subcontinent, it found natural allies within the extremist Salafists/Wahabis of Saudi Arabia. To the Ahrar leaders and cadre, Sunni Barelvis/Sufis, Shias and Ahmadia are simply unacceptable and they must be forced into submission by whatever mans necessary. In mid 1980s, another extremist Deobandi outfit, namely Spiah Sahaba (ASWJ or LEJ), emerged as natural evolution of the Ahrar and Khatam-e-Nabuwat movements. 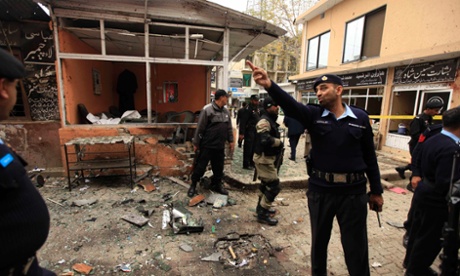 The Ahar’s original slogans were justice, humanity, Islam and divine rule (hukumat-e-ilahiyya). With the passage of time, humanity was removed and justice replaced with Shariah justice, and Islam actually meants takfiri ideology based on puritanical Deobandi and Salafi sects. In short, the takfiri Deobandi ideology is a fight to the death or conversion to the Ahrar’s version and vision of Islam. Whether is is Ahrar, TTP, ASWJ, LEJ, Jandullah, Jaish-e-Adl, or any new alias they adopt, their true and common identity remains radical Deobandism organised to use violence to implement Deobandi Shariat. 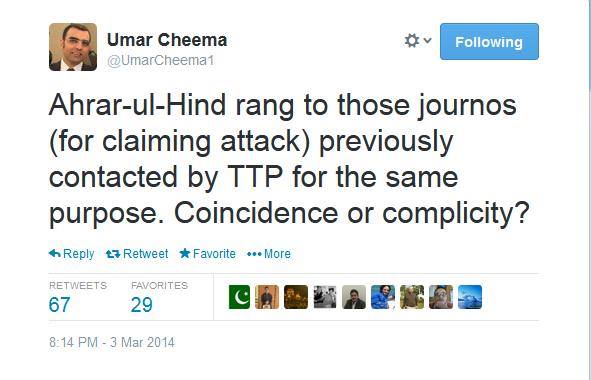