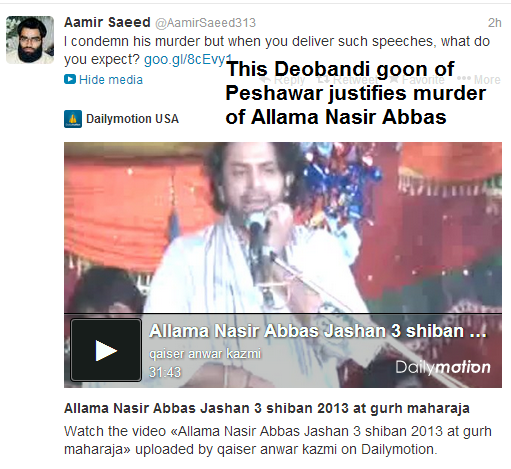 Aamir Saeed, a Takfiri Deobandi blogger from Peshawar, the mover and shaker behind many hate pages some of which have been banned by the Facebook for their blatant hate promotion, has shown his colors once again.

In the above tweet, he shamelessly and cunningly tries to justify the brutal murder of Allama Nasir Abbas, a senior Shia cleric killed by Deobandi terrorists in Lahore on 15 December 2013. His murder was celebrated by the banned Deobandi outfits Sipah-e-Sahaba (fake ASWJ) and the Taliban (TTP). https://lubpak.com/archives/296941

In condoning Allama Nasir Abbas’s murder, Aamir Saeed Deobandi hides the fact that Allama Nasir Abbas was wrongly charged of blasphemy by Deobandi militants of the ASWJ-SSP. The legal case against the Allama was dismissed because of the fact that he was only citing certain Hadiths and historical facts which are clearly recorded in early history and Hadith books written by Sunni scholars.

Then they kill Allama Nasir Abbas who was returning after addressing a Majlis of Shia Muslims in a confined place.

Then they demand Shias to abandon their ideology and allege Shias of blasphemy even when they cite Sunni books of Hadith and history.

Clearly, there is no end to Deobandi intolerance and bigotry.

Ironically, Aamir Saeed Deobandi is a moderator of several hate sites that continue to publish blasphemy against the Prophet (peace be upon him) and Ahle Bait (r.a.). https://lubpak.com/archives/241085

Still we believe in the freedom of speech of Deobandis and do not condone violence against them, as long as they do not use hate speech to incite violence against Sunni Barelvis, Shias, Ahmadis, Christians etc.

Our question to Aamir Saeed and other activists and propagandists of banned Deobandi terrorist outfit:

By your logic, since several Deobandi clerics including certain Muftis of the Darul-Uloom Deoband eulogoze the tyrant Caliph Yazid (the killer of Imam Hussain and other members of the Ahlul Bayt) describing him as worthy of Raziallah or Rehmatullah, is it kosher to kill them? https://lubpak.com/archives/231807

By your logic, since Molvi Ashraf Ali, Molvi Amanullah etc of Rawalpindi’s Deobandi mosque eulogized Yazid and insulted Imam Hussain, is it kosher to kill them? https://lubpak.com/archives/291549

Can violence be condoned or justified on any pretext?

Aamir Saeed: We did not see you write a similar tweet about the murder of Deobandi ASWJ terrorists in the Rawalpindi Deobandi mosque after the provocative anti-Sunnni Barelvi anti-Shia speech from that mosque: “I condemn this murder but when you deliver such speeches what do you expect”?

Hypocrisy, thy name is Takfiri Deobandi! 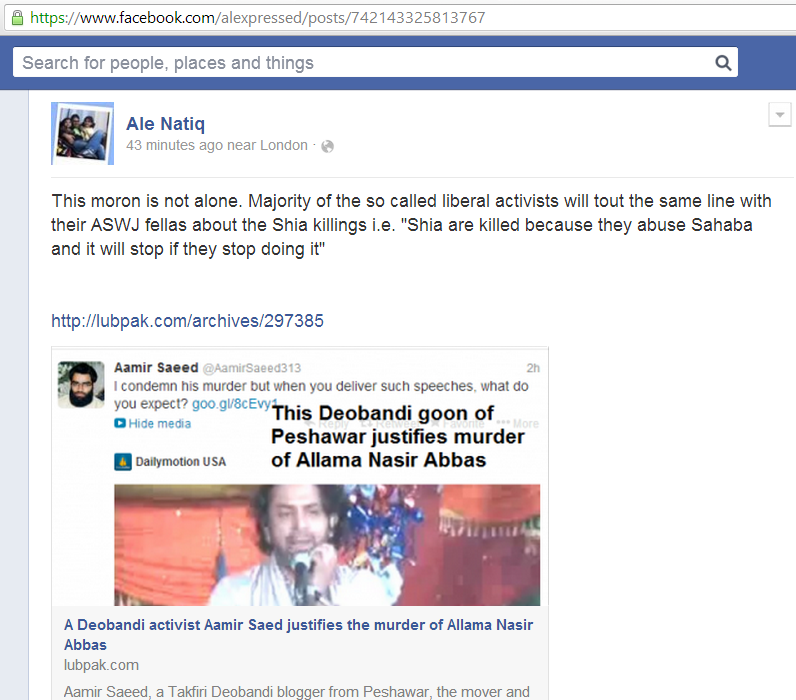 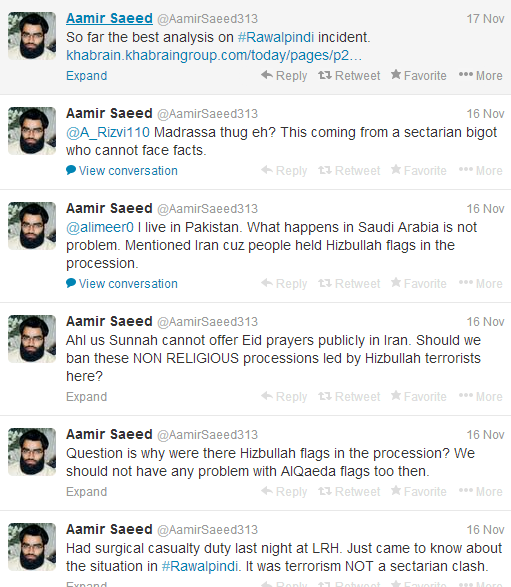 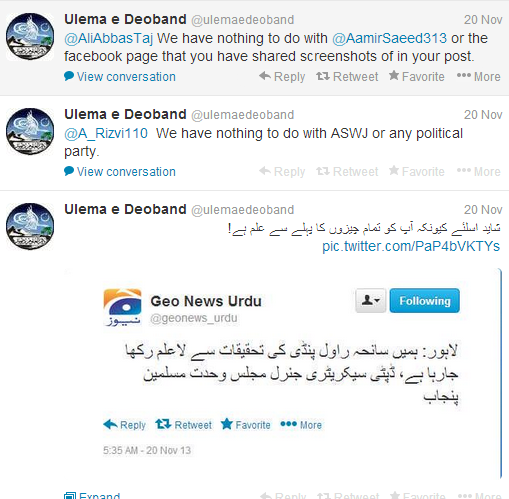 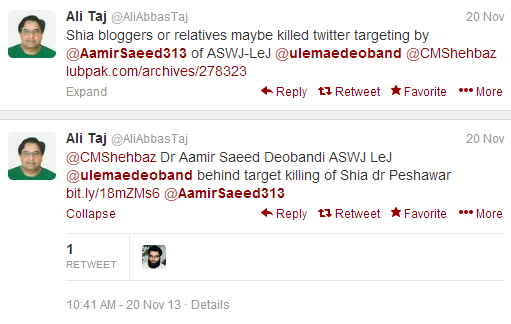