Home  »  Humour & Satire • Original Articles   »   Ethan Casey all praise to you for protecting the killers, ASWJ-LEJ-TTP, by not naming them – by Riaz Malik Al Hajjaji 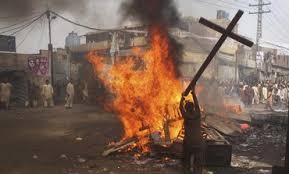 I must commend Good Liberal Ethan Casey for not mentioned ASWJ-LeJ-TTP even once in his article on Pakistani Christains. As for muslims in America, everyone knows how fearful they are of their lives there. In New York City and Chicage, huge blasts in predominantly muslim neighbourhoods have killed hundreds. In Texas, muslims are being taken out from buses and identifed by their names and their beards and shot dead. Hundreds of muslim doctors have been shot dead in Washington DC. In Colarado, muslim graves have been defaced. In the ultraconservative towns of Vermont and San Francisco, suicide attacks have been launched. Please help me in supporting Ethan Casey for his balanced and factual article. I also must thank the Mummy-Daddy-Uncle crowd of Lahore and Karachi for repeatedly forwarding this article on their email networks. All of them are concerned for their children living in the United States who are doing menial jobs such as investment bankers and venture capitalists on Wall Street and Silicon valley. All Ghairatmand Pakistanis must appreciate Casey’s principled denunciation of Drone Attacks against our TTP-ASWJ-LeJ brothers as well as his sorrow at Osama Bin Laden’s death.

I don’t know much of the specific background of the anti-Christian rampage last week in Lahore. But is there anything I don’t know that would mitigate or excuse it? A major theme of my writing and public speaking is an insistence on distinguishing between what I call the Pakistan I know and love — a rich, diverse, fascinating smorgasbord of humanity — and the distorted, two-dimensional Pakistan that most Americans see on TV. But when what they see on TV is Muslim Pakistanis burning crosses in a Christian neighborhood, it makes it even harder than usual for me and other friends of Pakistan to make a case.http://www.huffingtonpost.com/ethan-casey/muslims-in-america-christians-in-pakistan_b_2850707.html