PROLOGUE: The so-called liberals are quick to acknowledge that Pakistan is an intolerant society where innocent people are being killed daily. Unfortunately, these liberals fail to acknowledge that it is minorities, Shias in particular, being targeted for their beliefs and differences. Deny it if you must but this, my friends, is genocide. It’s not so much a fixation with the term genocide but a fixation with spreading awareness of the intolerance prevalent in Pakistan. The ignorance of the “liberals” however has been a huge hurdle because of their control of Pak media as they have a fixation on blaming all internal problems on anti-Pakistan foreign establishments (read CIA/RAW/Mossad/Hindu zionists/Jews of the world/Texans etc). 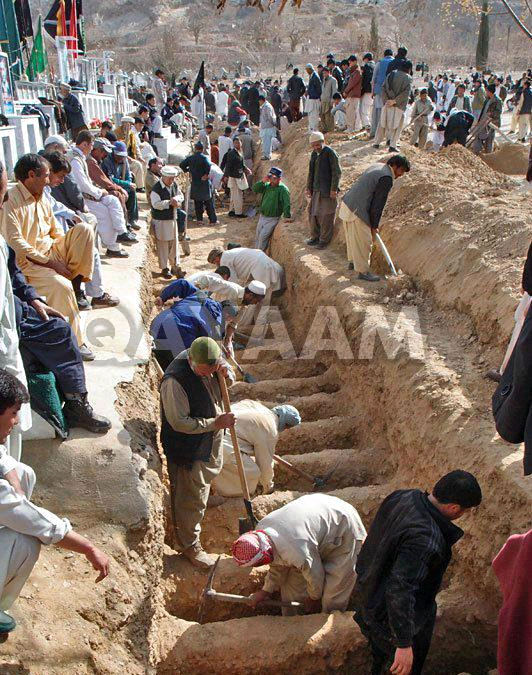 Today, I was talking to a liberal friend in Pakistan and during our conversation the Quetta’s bomb blast on 16/02/2013 came up killing 110 people in all, including 18 children and 41 women. My friend seemed very concerned about this senseless massacre when I mentioned that the slaughter of Shias in Pakistan is gaining genocidal proportions. I could feel some exasperation on the other end of the phone and then his civilized voice saying “oh my God, not that G-word again”. I explained to him how we can logically appraise Shia’s killing based on all the three possibly applicable categories of crimes –genocide, ethnic cleansing, and crimes against humanity- and conclude that it most aligns with the definition of genocide in its intent and execution. My friend then changed the topic. This brief conversation reminded me of the complexity of this crime called Genocide and why its mention is often problematic and controversial.

Although genocide is one of the most heinous crimes that humanity is expected to unite in preventing, stopping, and punishing, it is also a highly sensitive issue that evokes denial on the part of both perpetrators and those whose recognition of it would obligate them to do something about it. This is what is currently happening in Pakistan. A large part of the population strongly disapproves and abhors the killing of Shias in the country but to accept that it is now turning into genocide would bring a lot of responsibility to act on their conscience. Media also doesn’t help. Master wordsmiths sitting in the media craft such a vague narrative of what is happening without disclosing the identities of the victims and the killers. Their persistent refusal to acknowledge the victims as Shias is not without purpose, while the human rights abuses are piling up around the country. All are wrong. There is no hierarchy to evil, it has a lateral flow. And we are up to our brows in its effulgence. If I adopt Dante’s inferno as a model, I would like to think there is a reciprocal spiral toward heaven, and that those innocents caught up in the terror net and victimized or executed would be on the highest rung. “The blood-dimmed tide is loosed, and everywhere the ceremony of innocence is drowned,” in ways even Yeats could not have imagined. It’s time we started cleaning up.

The epidemiologist Geoffrey Rose made the point that for any exposure to a risk factor or disease, “the mean determines the range.” Applied to genocide, we can paraphrase this aphorism to say that the Mean determines the Extreme. This somewhat simplistic but useful aphorism is a way of saying that small increases in exposure applied to large numbers of persons produce more persons with an adverse outcome than large increases in exposure applied to small numbers of people. This is exactly what is happening as Shia Killings are now becoming increasingly common across the country rather than being limited to certain areas. The power of population-wide exposures could be massive. Marketing a low intensity message of incitement with a success rate of 1% for recruiting perpetrators from a population of 5,000,000 will yield 50,000 candidates. By contrast, marketing a high intensity message with a success rate of 50% to a high risk subgroup of 5,000 will yield only 2,500 candidates. Moreover, population wide exposure not only produces the potential for large numbers of recruits, but also creates a total population-wide protective ambience for the indoctrination directed at the smaller number of hard-core perpetrators. The exposure-susceptibility is also poised to be high because of lower literacy, gross inequality and generally high frustration level among the population. Following the massive massacre in Quetta, many other innocent Shia individuals (including one eleven year old boy) were murdered in different cities in Pakistan the same and the following day.

Sectarian violence is indeed a pseudonym for what is happening. There is absolutely no sectarian warfare at the common man’s level in Pakistan. However the word genocide puts off many people. So in order to make the term less aggressive and more palatable, we need to de-mystify the Shia genocide in Pakistan from too controversial an issue to a problem that can be defined in a way that makes it more comprehensible and controllable. One thing that needs to be clearly understood is that Shia genocide does not denote any schism in the society for there is no big chasm between Shias and Sunnis in Pakistan. There have indeed been some differences and the current genocide should be viewed as translation of those differences by the apostatizing extremists into discrimination, exclusion, stigmatization, dehumanization, and extermination of Shias of all ethnic backgrounds.

History teaches us that, while allegations of genocide are too often loosely made to describe various forms and degrees of mass violence, genocide as a legally defined crime is in most cases recognized only after the fact, when the perpetrators are defeated or otherwise neutralized. This is exactly why taking preventive measures early, before situations escalate and the stakes become so high that denial hardens, is the best course of action. In Pakistan too we are faced with a similar propensity toward denial. We have to devise an approach which would, to an extent, make the impossible possible. This requires defining the challenge in such a way as to reduce its complexity and sensitivity and to make it simple and doable without being simplistic.

Let’s start by admitting that Pakistan, as a country confronting the challenge of protecting its own population, is severely divided on basic national issues –such as, whether or not the War on Terror is our war- and suffers from a crisis of national identity. This divides the population into various groups with a clear vacuum of national responsibility to protect one another, especially the weaker members of the society.

Two, Pakistan is largely influenced by an army and establishment which are extremely protective of its sovereignty. Any international furore invokes this notion of sovereignty negatively as a barricade against external involvement. So despite the continuing challenge of extremism, which has significantly eroded state’s writ, state sovereignty is still a cardinal principle in international relations. It remains a forbidding tool which Pakistan’s government, with a record of gross mistreatment of its populations from Bengalis to Baluchs, asserts in pre-emptive defence of its inability to protect sections of its own population. Most recently this was manifested in ISPR’s censure of HRW’s report on Pakistan for 2012. Hence, it must be understood that any effective prevention of the genocide must try and enlist the establishment’s support and not overly antagonize it.

Three, deferring to the government of Pakistan’s esteem of its sovereignty, the international players and media must strongly urge the state to fulfil its obligation to protect its own population by associating the dignity and legitimacy of the country’s sovereignty with its ability to afford protection and assistance to its population in need. However, it will need an assertive, multi-faceted, and local and international campaign for the message to drive home.

The fact of life is that in today’s Pakistan religion has significant power for moving social change and it must be harnessed to prevent the killing of Shias. To think that many Pakistanis would respond to secular humanist ethos is a pipedream of little practical value. Pakistan remains a deeply religious society and no effort to prevent Shia killings can be successful without calling the religion to help. Religious lexicon is the most common medium and people use it profusely in their daily lives. That is the reality of the day. The language of effective discourse in Pakistan is often religious. People are more willing to act for Islam than for anything else. Any serious effort to stop Shia killings must embrace holding religious leaders to their righteous declarations and pious assertions to honour Islam as a religion of peace. We have to understand that this is a genocide being encouraged in the name of religion, with a religious minority group targeted for extermination. It can most effectively be prevented by the majority rejecting the atrocities in the name of their faith. Most of the Sunni religious leaders are against the killings of Shias and they must be encouraged to appeal directly to their followers as well as work through their often significant social institutions in order to resist and undermine the genocidal process. A lot of impact indeed can be made if the religious leaders can be induced into openly opposing the massacre of Shias in the world’s most fervently Muslim country.

So far few other religious groups have involved themselves in working to prevent the genocide from continuing. This is ironic, since many religious leaders in Pakistan show no hesitation to wade into other political debates and hold considerable sway over their followers. Their power is drawn largely from their ability to influence public opinion on religious issues. Were they to use this influence to call on politicians for greater efforts at preventing genocide and intervening in cases where killing has already taken place the anti-genocide campaign would gain a powerful ally.

Despite their ambiguities, all religious traditions share common values of humanity and justice at their cores. This fact alone marks them out as natural and powerful allies in the effort to end Shia genocide. The polarization of Pakistan’s society means that all sects (Deobandi, Ahle Hadith, Barelvi, and Shias) must be engaged in the anti-genocide movement. They are important not only because of their spiritual interest in doing good, but also because each one is a “ready-made organization” that can provide an effective network. Mosques must be consciously used as a force for the advancement of social justice. Such groups, if mobilized, can undermine pernicious ideologies of hatred directly at their source when they are promoted by militant groups Religious leaders provide moral leadership to their congregations and so can work in partnership with one another to defuse sectarian tensions, disseminate counter-propaganda, and subvert extremist calls-to-arms in the name of hatred.