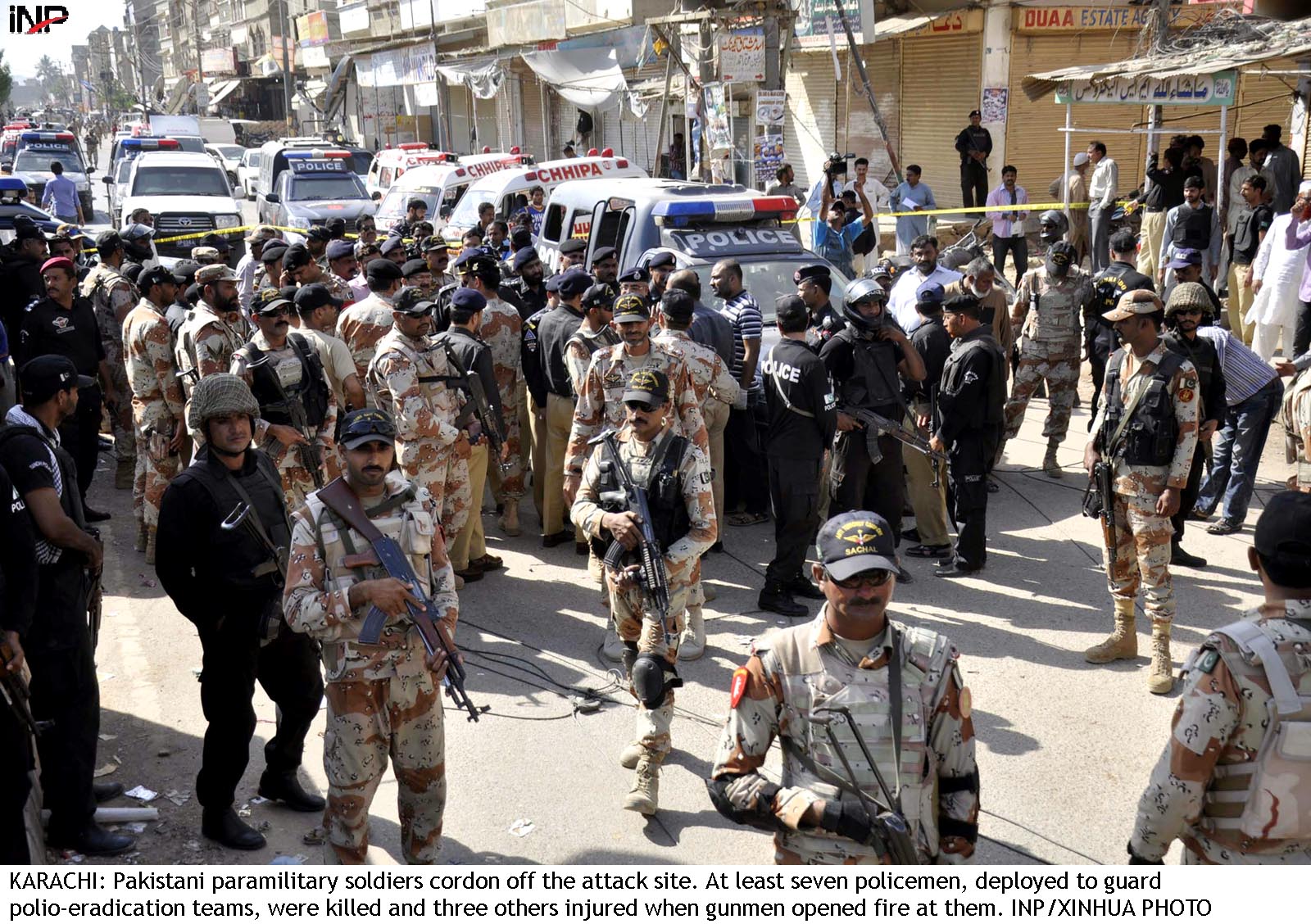 Another ‪#‎AcumenFund‬ Honda Civic Society “Activist”, Dibs Ansir condemned both the Sipah Sahaba and the Sipah Vaccine in equal terms.

“You are brewing sectarian war in Pakistan by specifically blaming Sipah Sahaba. Specific blame is only reserved for Sunni Barelvi and Shia groups. Those who kill Polio workers and thousands of other Pakistanis should be handed over to my darling PCO judges so they can dismiss all charges and encourage more killings”

The Jummah Sycophant Times published an article that correlated the deliberate targeting of Polio workers in Karachi to. the Feudal dynamics of Jhang District. The article was a two part series where the first part was an interview of Sipah Sahaba leader Aurangzeb Farooqi. In the article, Aurangzeb Farooqi was encouraged to present himself as the next Mandela while defending the policies of the Pol Pot regime.

The Darkness Blog blamed the murder of Polio workers in Karachi on the ongoing Koonda/Niaz of Rajab. It blamed the “superstitious” practice of Sunni Barelvis and Shias of sharing tasty food with their family, friends and the poor  for the murder of the Polio workers. The founder of the Darkness blog then posted a selfie of himself polishing off plates of Kebab and jugs of persian tea in a fancy restaurant in Paris.

A couple of other “liberals” wrote a detailed article on the continued targeting of Polio vaccine workers by Saudi-sponsored terrorists. In such article, these “liberals” started attacking …… Iran based on the latest Hearsey-intensive report by Amnesty International.