Home  »  Original Articles   »   The Deobandi Pashtuns and the Taliban victory in Kunduz: A view from India – by Rahul Sharma 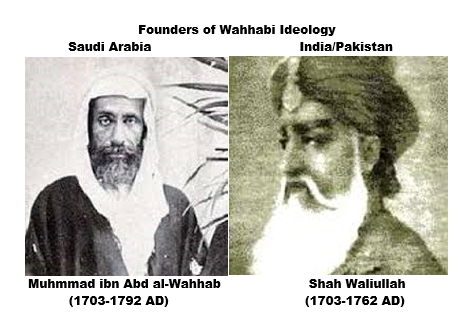 There are a lot of commentaries on Kunduz, of how Taliban managed to strike in far north east of the country and managed to hold on for two days, until they were evicted and pushed out. The missing element of the commentary is the fact that the Kunduz and the region is home to the Ghilzai Pakhtuns, and they are a substantial majority in the region.

And secondly, Taliban draw its numbers almost entirely from the rural Pakhtun. And this is a reminder for all to appreciate that over the past 100 years, all efforts to moderate the rural Pakhtuns, or the Tajiks for that matter have not yielded any results. Well, the Tajiks are changing because of obvious reasons, not the least of which is their experience during the Taliban’s rise in Afghanistan(1995-2001).

It is the Pakhtuns that present the greatest challenge to any moderniser or one that seeks to upset the status quo in the region, for their accessibility to radicalisation, especially by foreign interests, something which dates back to almost 200 years, in the late 1820’s, when one Syed Ahmed, from the Indic Heartland set foot in the Pakhtun country with his band of the puritans, who eventually alienated the Pakhtun and driven out, and eventually picked by the Punjab Fauj and finished off. So long as the question of the more conservative among the Pakhtuns is not addressed, the region is going to see many such upheavals.

What is required is a sincere and a cross-regional effort to bring about an end to the circumstances which afford to easy radicalisation of the rural populations in the region. And this happens to be their greatest woe. As I have said before, the problem or the challenge before the region is not that they are inherently flawed in their outlook, but the fact that outside forces have been exploiting the traditional customs and social structures of the countryside Pakhtun for a while now, especially in the backdrop of the so-called great game.

Their transformation should come not from outside, but from within and if the Afghan government initiates its efforts in that direction, in a manner which is not intrusive and demonstrates a sympathetic zeal to the traditional characteristics of the society, to moderate and creatively channelize the Pakhtun potential, the region will see changes for the better.

Why are Pashtun nationalists mute on Deobandi ideology and identity of TTP-ASWJ terrorists? – See more at:https://lubpak.com/archives/306125

Editorial: What is Pashtun nationalism? https://lubpak.com/archives/301247

The footprints of Deobandi militant jihad in India and Pakistan – by Maloy Krishna Dhar – See more at: https://lubpak.com/archives/307525

Role of Abdul Ghaffar Khan in the spread of Deobandi ideology in Pashtuns – See more at:https://lubpak.com/archives/306211

A research article on differences and similarities between Deobandis and Salafis/Wahhabis – See more at: https://lubpak.com/archives/280211 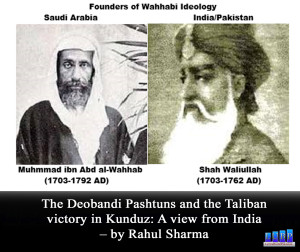