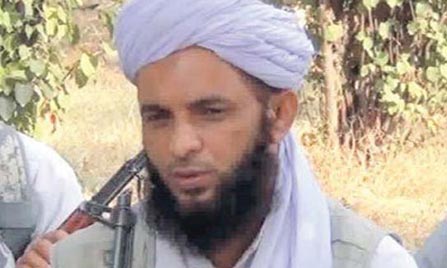 ISLAMABAD: Despite the Pakistani ruling elite’s repeated resolve after the Peshawar school massacre not to show any distinction between ‘good’ or ‘bad’ Taliban, the Ameer of the Punjabi Taliban, Commander Asmatullah Moavia, seems to have been granted amnesty after his announcement to abandon militancy, ignoring with impunity his involvement in dozens of bloody terror attacks on Christians and Muslims alike.

The Pakistan government had assured the US Secretary of State John Kerry during his just-concluded visit that Islamabad won’t differentiate between ‘good’ and ‘bad’ Taliban. Before that, Prime Minister Nawaz Sharif and Army Chief General Raheel Sharif had stated individually that there will be no delineation between ‘good’ and ‘bad’ Taliban and that the war against terror will be continued till the elimination of the last terrorist. However, there are clear indications to suggest that some of the Jihadi assets belonging to the Punjab are still being treated as ‘good’ Taliban and thus given preferential treatment.

In fact, Asmatullah Moavia, the Ameer of the Punjabi Taliban, has been allowed by the Pakistani authorities after a peace deal to return to his hometown in the Vehari district of Punjab. This is despite the fact that he had claimed dozens of ferocious terror attacks, including the September 22, 2013 Peshawar Church bombing, which had killed 80-plus Christians and the May 28, 2010 Fidayeen attacks on two Ahmedi mosques in Lahore which killed 100-plus people.

Moavia, who is considered very close to the Lashkar-e-Jhangvi’s Ameer Malik Ishaq, is not an ordinary Jihadi but a ruthless leader who has been singularly responsible for the spread of Jihadi bloodshed in Pakistan in the aftermath of the July 2007 Lal Masjid operation in Islamabad. He actually laid the ideological ground for making the Pakistani security forces and intelligence agencies the number one target for the Punjabi Taliban. He had begun his Jihadi career from the platform of Maulana Masood Azhar-led Jaish-e-Mohammad (JeM). After discarding the JeM, Moavia first joined the Sipah-e-Sahaba Pakistan (SSP) and then its military wing — Lashkar-e-Jhangvi (LeJ) — before eventually launching Janood-e-Hafsa (JeH) and finally becoming the Ameer of the Punjabi Taliban. The launching of the Janood was largely prompted by the July 2007 operation conducted against the Lal Masjid clerics in Islamabad.

Coming from the Vehari district of South Punjab, Asmatullah Moavia is amongst those few Taliban leaders who had close ties with al-Qaeda and are still influential in Jihadi circles. The founding Ameer of the Punjabi Taliban, Moavia took an active part in the Kashmir and Afghanistan Jihads from the platform of the Jaish-e-Mohammad. Moavia had appeared in a propaganda video [that was released in February 2013] on the Jamia Hafsa Urdu Forum and praised Ajmal Kasab of the Lashkar-e-Taiba and Afzal Guru of the Lashkar-e-Jhangvi, who were executed for their involvement in the Mumbai terror attack and the Indian Parliament building attack respectively. “These executions will only strengthen the Jihadis’ resolve to attack India and liberate Jammu and Kashmir,” said Moavia besides threatening that attacks in India would increase in near future as Jihadis shift their focus from Afghanistan to India and Kashmir after the United States withdraws from the region.

Following the Lal Masjid operation, the Moavia-led Punjabi Taliban had created havoc in every nook and corner of Pakistan by unleashing death and destruction through their suicide bombing squads and Fidayeen attackers, targeting the Pakistani security forces, spy agencies and law enforcement agencies, the American interests in Pakistan and members of minority communities, especially the Christians, Ahmedis, besides hitting the Shias, Barelvis and Sufis. Due to his frequent visits to Afghanistan, Moavia developed close contacts with the TTP and al-Qaeda that later prompted him to establish the Punjabi chapter of the Taliban. Moavia was the main agent for the TTP’s recruitment activities in Punjab because of being a trained hardliner cleric who is good at brainwashing techniques. He had a powerful intelligence and support network in the Punjab. The media wing of Tehrik-e-Taliban preferred him to deliver sermons in its videos because his hate speeches were considered quite effective in brainwashing young minds. He had sent his men to fight against the Pakistani security forces during the army’s Operation Raah-e-Raast in Swat in 2009.

Aqeel alias Dr Usman, the ring leader of Fidayeen attackers who had stormed the GHQ in Rawalpindi in 2009, was a close aide of Moavia whose execution had been postponed by the government in August 2013 after the Ameer of the Punjabi Taliban had threatened to target the Sharif family. Aqeel was only executed in December 2014 after the Peshawar school carnage. On November 11, 2013, Moavia had endorsed a controversial statement by the then Ameer of the Jamaat Islami, Prof Munawwar Hassan, in which the latter went all out in defence of the Taliban and termed Hakeemullah Mehsud to be a brave martyr who went down fighting against the infidel forces. Moavia further endorsed the JI Ameer’s remarks that the Pakistani soldiers who laid down their lives fighting against the Taliban were not martyrs.

However, despite his long list of bloody crimes, Asmatullah Moavia has been let off the hook at a time the Pakistan Army is waging a decisive battle against the Taliban mafia in Waziristan. It was three months after the North Waziristan military operation was launched that Moavia had announced [on September 12, 2014] in a video statement that he has decided, being the Ameer of the Punjabi Taliban, to give up armed struggle and start ‘Dawah and Tableegh’ (preaching). “We will confine our practical Jihadi role to Afghanistan due to deteriorating situation in the region and internal situation of the Pakistani Jihadi movement”. He said his faction would operate in Afghanistan under Mullah Omar’s guidance, while its activities in Pakistan will be restricted to preaching Islam and Shariah. He justified Jihad against the foreign forces, saying that they were occupying Afghanistan.

A day after his announcement to abandon militancy, Moavia actually did follow through on his declaration and surrendered to the Khakis in Miramshah area of North Waziristan (on September 13, 2014). Nothing is known about the nature of the deal that led to Moavia becoming one of the ‘good’ Taliban after which he was allowed to move freely across Pakistan without any restrictions. But Moavia’s announcement to cease militancy in Pakistan and redirect it to Afghanistan had caused deep worries in Islamabad’s diplomatic circles, amid reports that most of the Punjabi Taliban had relocated themselves along with the Haqqani Network to join hands with them in their cross-border ambushes.

On October 24, 2014, when asked by newsmen in Islamabad about Moavia’s renouncement of militancy and focus on Afghanistan, Sartaj Aziz had said the Government of Pakistan did not patronise or defend any militant group.

A day after Moavia’s announcement, the Afghan foreign ministry had summoned on September 13, 2014 Pakistan’s Charge d’Affaires in Kabul Muazzam Shah and conveyed Kabul’s deep concern. But DG ISPR Major General Asim Bajwa had tried to address the concerns of the diplomatic community by stating that the Haqqani Network was also a target of the military offensive in North Waziristan, because of being a terrorist group. “For the security forces, there will be no discrimination among the TTP groups or the Haqqani militant network. All the terrorist groups are going to be eliminated”, so said the DG ISPR during a briefing at the GHQ after the military operation was launched.

However, well-informed Western diplomatic circles in Islamabad still believe that many of the Haqqani Network leaders and fighters had moved to the Mengal tribe areas of Shalozan, Narai, Muqbal, and Shapo in the Kurram Agency in Fata in April and May 2014, before the military operation was launched. During the Soviet-Afghan war of the 1980s, the Kurram Agency was a key safe haven for the anti-Soviet Mujahideen who used it as a launching pad to attack the Russian forces in Afghanistan. The Haqqani Network already had substantial presence in various parts of the Kurram Agency ever since the Pakistan Army had launched the Operation Koh-e-Sufaid there in July 2011 to suppress the anti-Shia uprising. Kurram Agency, despite being located on the Pak-Afghan border, hasn’t been a common target of the US drone strikes which had killed many of the key Haqqani group leaders in North Waziristan.

Therefore, the Shalozan area in Kurram Agency seems to be the new headquarters of the Haqqani Network as it is strategically placed in the foothills of the Koh-e-Sufaid and gives its fighters quick access to Kabul. But the Pakistani military circles simply refute the presence of the Haqqani Network in Kurram, adding that Operation Zarb-e-Azab was a battle for the survival of Pakistan and the armed forces were proceeding against all the terrorist groups in North Waziristan. And that’s why, the military circles added, in his January 13 meeting with the US Secretary of State John Kerry, General Raheel Sharif, asked him to take steps to dismantle the militants’ safe havens in Afghanistan. “The COAS told Kerry in unequivocal terms that Pakistan had dismantled the network of terrorists under the area of its influence, including the Haqqani Network, without any discrimination, and the militants’ hideouts across the border should be targeted,” these circles added.