Home  »  Original Articles   »   Perversion of Faith and Secularisation – by AZ 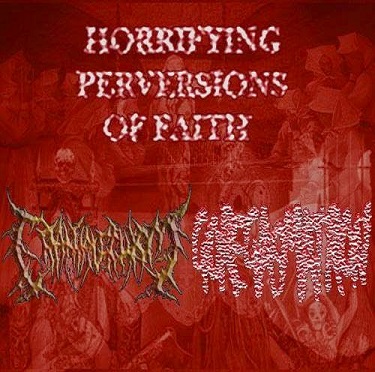 The war of religion has always been a part of human history. Hence, it is hardly surprising if even today the acts of terrorism are perpetrated by people motivated by an abuse of religion.

It is a perversion of faith. However, like all other perverts, the people of violence don’t see themselves as perverting their religion – they see themselves as advocating a correct version, a pure version, of their religion. The real problem is that of clerics’ power: where clerics have excessive political power, that power is used to promote tyranny. This is what is being manifested by the political Islam through its protagonists like the ISIS, Taliban, and Boko Haram.

Christianity too has a very shameful history of murder and torture for precisely that reason. And when the power of the Catholic priests was diminished (by the Enlightenment), their power to kill and tyrannise was taken away. The same has to happen to the places in the world of Islam which now have trouble from over-powerful clerics.

In order to diminish the power of clerics, we have to expose the lies, distortions, and sheer rubbish which lie at the heart of religion. In other words people need to give up believing self-evident nonsense. What might mitigate the conflict that organized religion leads to is rational education, with such things as anthropology from the first year of school right through to the last. These courses would include a dispassionate look at the religions of the world and at the benefit and harm they have caused. As for the 21st-century battles, they could be fought on grounds of cultural or doctrinal differences, but what more probably should give rise to these battles is poverty, hunger, lack of potable water, lack of arable land and extreme inequality.

Instead, as we watch the warriors of the Islamic State (IS) running amok through the Middle East, wrecking the modern nation-states of Syria and Iraq created by departing European colonialists, it may be difficult to believe we are living in the 21st century. The sight of throngs of refugees and the brutal and arbitrary cruelty is all too redolent of barbarian tribes sweeping away the Roman Empire, or the Mongol hordes of Genghis Khan cutting a swathe through China, Anatolia, Russia and Eastern Europe, devastating entire cities and massacring their inhabitants. Only the ubiquitous media and instant coverage remind us that this is certainly a very modern war. 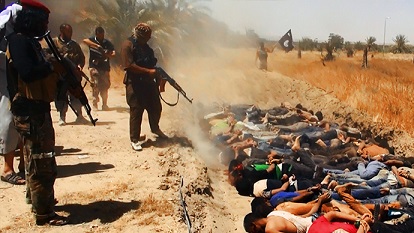 The brutal spite of these warriors, quoting the Quran as they sever heads of their victims, reminds us of the connection between religion and violence.  The violence perpetrated by IS reminds me of Sam Harris when he said that “religion itself produces a perverse solidarity that we must find some way to undercut”. It is dumbfounding that even in this day and age religious faith is a strong enough force to motivate such utter madness in a relatively central part of the world –the Middle East- rather than the tribal societies of Liberia, Congo, or Afghanistan. How can religion inspire such tolerance of violence?

It is because there is a vicious core intrinsic in religion, which inexorably radicalises any difference. When the opposing sides or the aggressors believe that God is on their side there is little possibility of a compromise and cruelty is sanctioned. The fixated chauvinism which religion seems often to let loose can only be controlled by the creation of a liberal state that separates politics and religion. The Muslim world has to learn to not to permit this bigoted fervour to intrude on political life, just as the West has learnt not very long ago. That theocracy is a bad idea is all too obvious.

The West too did not arrive at this solution without problems. Instead it was after centuries of mayhem and internecine that the West developed its view of religion as an entirely private pursuit, fundamentally discrete from all other human activities, and particularly separate from politics. Religion was not always a separate activity, sealed off from all others; rather, it permeated all human undertakings, including economics, state-building, politics, and warfare. Before 1700 it would have been impossible for people to say where politics ended and religion began.

The Crusades were definitely motivated by religious fervour but they were also deeply political: Pope Urban II let the knights of Christendom loose on the Muslim world to extend the power of the church eastwards and create a papal monarchy that would control Christian Europe. The Spanish inquisition was, in effect, an attempt to secure the internal order of Spain after a divisive civil war, at a time when an attack by the Ottoman Empire seemed imminent. Similarly, the European wars of religion and the thirty years war were surely aggravated by the sectarian quarrels of Protestants and Catholics, but their violence reflected the birth pangs of the modern nation-state. 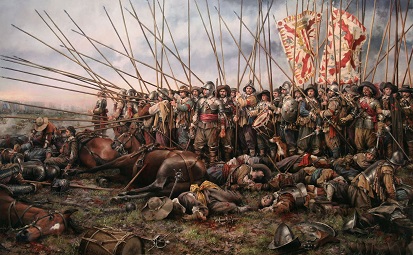 These European wars, in the 16th and 17th centuries, created the myth of religious violence. These developments required a new understanding of religion. It was provided by Martin Luther, who was the first European to propose the separation of church and state. Luther advocated the absolute states that would not become a political reality for another hundred years. The sovereign, independent state reflected his vision of the independent and sovereign individual and his view of religion, as an essentially subjective and private quest over which the state had no jurisdiction.  He, thus, laid the foundation of the modern secular ideal.

It is true that warfare and violence have always been and continue to be a part of politics but separating church from the state went a long way in helping peace.  Secularism now appears a crucial prerequisite of any society’s advancement into modernity. Though it would be naive to believe that it should evolve in the same manner in every culture in every part of the world. The word ‘religion,’ as we understand it in the West today, did not always have the same meaning.

In truth, the only institution that fulfils the modern criterion of religion as a purely private pursuit is Protestant Christianity, which was also a formation of the early modern period. Prior to the 18th century, religion being a private matter would have been inconceivable even to European Catholics. Similarly, the Arabic word din signifies an entire way of life, and the Sanskrit dharma covers law, politics, and social institutions as well as piety. The Hebrew Bible expressly foresaw bringing the whole of human life into the ambit of the sacred.

By the late 17th century, philosophers had devised a more sophisticated adaptation of the secular ideal. Along with the market economy that was brewing in the West and would shortly transform the world, liberal state was another radical innovation. Owing to the brutal zeal it aroused, John Locke insisted that the segregation of “religion” from government was “above all things necessary” for the creation of a peaceful society. Hence Locke was resolute that the liberal state was the way forward, condemning the confusion of politics and religion as dangerously perverse.

As the nation-state came into its own in the 19th century along with the industrial revolution, its citizens had to be bound tightly together and mobilised for industry. Modern communications allowed governments to produce and propagate a national ethos, and allowed states to intrude into the lives of their citizens more than ever before. Even if they spoke a different language from their rulers, subjects now belonged to the “nation,” whether they liked it or not. When secularisation was applied in the developing world, it was experienced as an intense disruption – just as it had at first been in Europe.

As it usually came with colonial rule, it was seen as a foreign import and rejected as deeply aberrant. In almost every region of the world where secular governments have been established with a goal of separating religion and politics, a counter-cultural movement has developed in response, determined to bring religion back into public life. This has been tragically apparent in the Middle East. Secularising rulers such as Ataturk often wanted their countries to look modern, that is, European. In Iran in 1928, Reza Shah Pahlavi issued the laws of uniformity of dress: his soldiers tore off women’s veils with bayonets and ripped them to pieces in the street. In 1935, the police were ordered to open fire on a crowd who had staged a peaceful demonstration against the dress laws in one of the holiest shrines of Iran, killing hundreds of unarmed civilians. Policies like this made veiling an emblem of Islamic authenticity in many parts of the Muslim world.

Not all Muslims today fight shy of secularism because they have been brainwashed by their faith but many do so because they have often experienced efforts at secularisation in a particularly virulent form. Even today many regard the West’s devotion to the separation of religion and politics as incompatible with democracy and freedom. Very often modernising rulers have embodied secularism at its very worst and have made it unpalatable to their subjects. When secularisation has been applied by force, it has provoked a fundamentalist reaction – and history shows that fundamentalist movements which come under attack invariably grow even more extreme. The fruits of this error are on display across the Middle East.