In the last 72 hours, 5 Shia muslims have been attacked and 2 martyred  in Karachi, Sindh.  The attacked includes 2 Shia doctors one of whom succumbed to his injuries. Dr. Shamim Raza was killed yesterday at this clinic.

He is part of the 150+ doctors and medical professionals that have been killed in Pakistan for their Shia muslim faith in the last couple of decades! 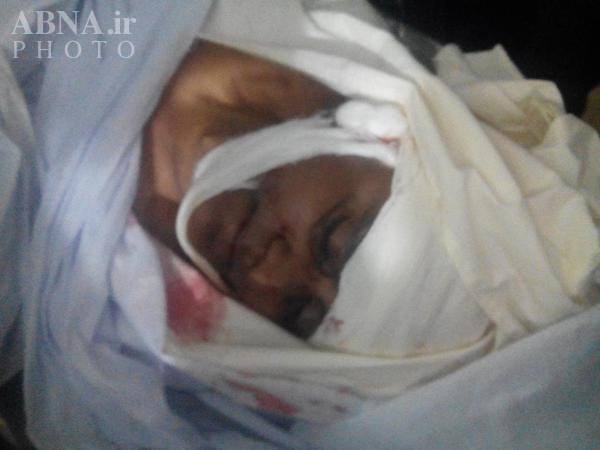 Let that number sink in.  More than 150 (the numbers vary between 155-157) have been killed in Pakistan simply for their Shia faith with barely a whisper of protests from Pakistan’s “lefty-liberal” civil society types.

Banned Deobandi terrorist organisations like ASWJ-LeJ and their leaders openly issue threats against the State and incite violence against the Shia community.  ASWJ-LeJ is part of the broader nexus of interchangeable Deobandi terrorists organisations like the Taliban/Jundullah/Majlis Ahrar etc that operate under various names and whose subsidiaries like the Lal Masjid/Jamia Hafsa have publicly declared their allegiance with ISIS aka Daish.

Inspite of being the primary source of violence against not just Shias but also Sunnis (Barelvis, Sufis, moderate Deobandis, Ahmadis) and Christians, ASWJ-LeJ is never mentioned or criticised. They currently enjoy a public alliance with the ruling PML N in the Federal and Punjab government. In Sindh, the spineless and increasingly complicit PPP government provides police security to terrorist leaders of ASWJ-LeJ like Aurganzeb Farooqi.

Pakistan’s civil society/”liberal” champions do their role in obfuscating this issue. Sometimes they misrepresent Shia Genocide by limited ethnic terms like Hazara – even though Shias are being targeted across every ethnic group in Pakistan.  At other times, they misrepresent the one-sided Deobandi violence against all other faith groups by using false and intellectually dishonest binaries like “Sunni vs Shia”, “Saudi vs Iran”.

LUBP has maintained a list of Sunni muslims who have also been killed by the same Deobandi terrorist groups like ASWJ-LeJ that is also targeting Shias.  This datbase is a not just a tragic reminder but also a strike against the dishonest media and civil society types who routinely confuse the reader on this issue.