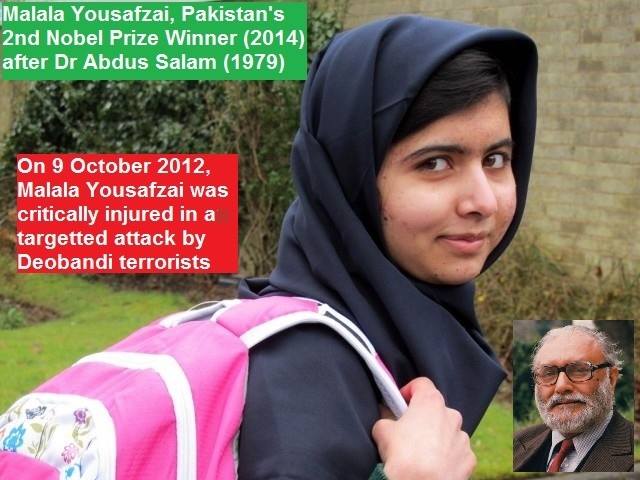 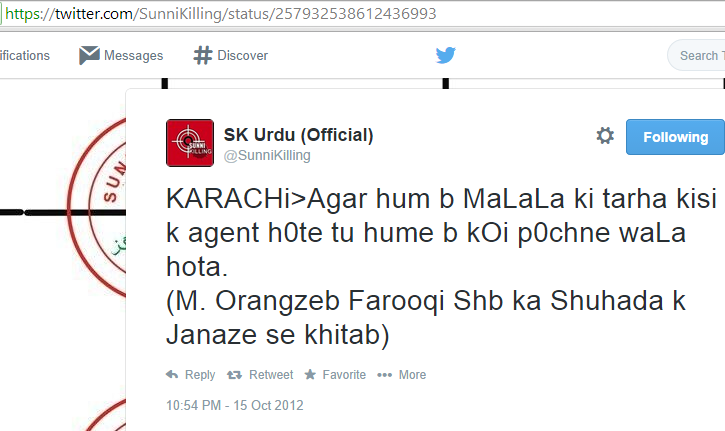 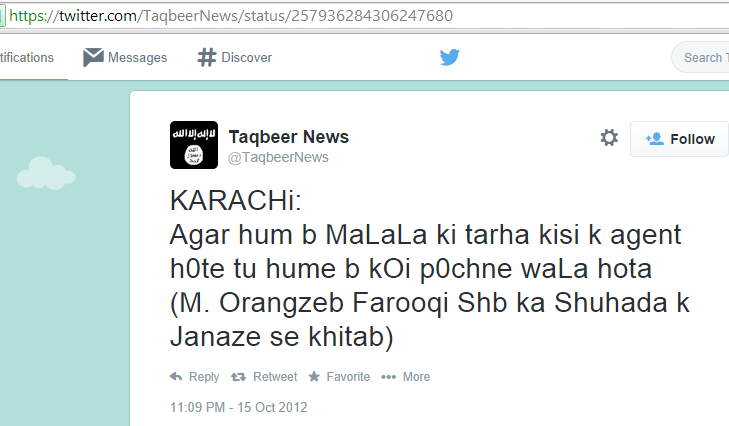 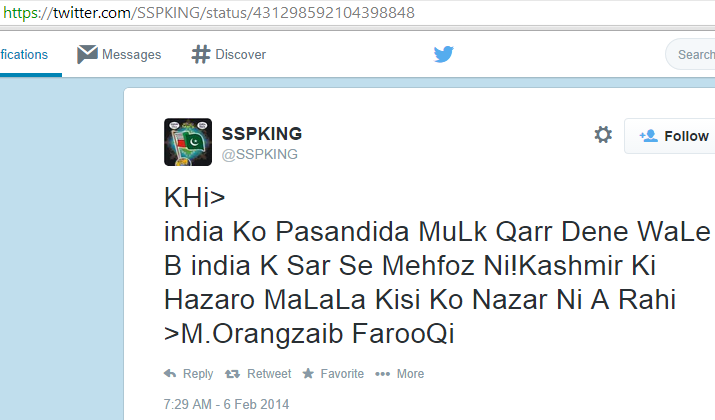 If you can’t come up with any, please ask your favourite “Democracy Anti Establishment” champions like Hamid Mir and Ansar Abbasi to provide the dirt as they have done so well in the recent past.

First Pakistani Nobel Laureate was an Ahmadi, the second is a moderate Sunni Sufi Pashtun. And the country itself was founded by a Shia Muslim, Muhammad Ali Jinnah.Pakistan owes a lot to diverse religious and ethnic communities.

All Paksitanis congratulate Malala Yousafzai. Her ‪Noble Prize‬ is a tight slap on Deobandi Taliban and ASWJ terrorists who tried to kill her.

While some Pakistanis shower routine congrats on Malala, such messages are meaningless unless they clearly name and condemn ‪‎Deobandi‬ TTP-ASWJ terrorists who tried to kill her.

Malala Yousafzai is a true representative of Pakistan, Pashtuns and Sunni Sufi Islam.  Deobandi ASWJ, TTP terrorists do not represent us.

Pakistan‬ Islamists AND fake liberals are very carefull in not mentioning that Deobandi terrorists tried to kill Malala.

Shame on Ansar Abbasi, Hamid Mir and other thugs of Jang-Geo Media Group who tried to ridicule Malala Yousafzai or compared her with the Deobandi Al Qaeda terrorist Aafia Siddiqi. Indeed, it was none else than Hamid Mir who tippped Deobandi Taliban of ASWJ-TTP to the identity of Gul Makai aka Malala Yousafzai. 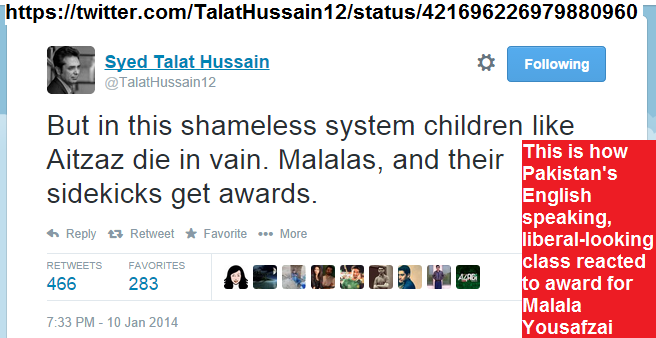