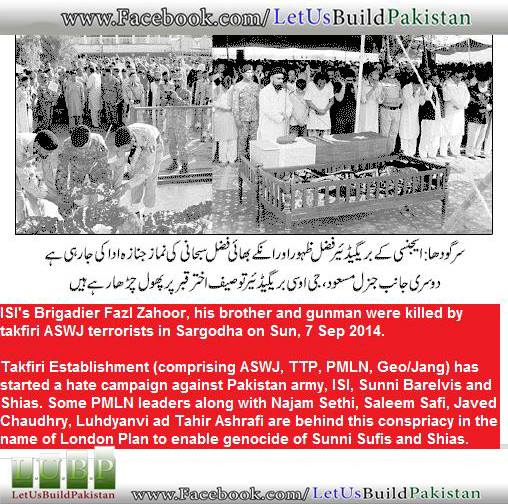 Sections of the Pakistani media, especially the GEO/JANG group which is the mouthpiece of Deobandi and Salafi terrorists create obfuscations where Sunni victims are lumped in the same category as their Deobandi murderers. Similarly, a false binary of Sunni vs Shias is frequently peddled by the same media. Indian and other international publications should take note of these obfuscations. Obfuscators use generic and vague terminology like “Sunni” or “Islamist” is used to deliberately hide the specific Deobandi and Salafist faith identity of terrorists

The killed brigadier was a Sunni Barelvi/Sufi, shown as Shia,  his killers Deobandi Aswj are shown as Sunni.

The episode has been shown in false Sunni-Shia binary terms. it’s an example of routine dishonesty by media and rights groups.

Gunmen have killed three people, including a senior military official, at a mosque frequented by minority Shi’ite worshipers in the Pakistani city of Sargodha, police said on Monday.

Sectarian strife has been worsening in Pakistan, where Shi’ite Muslims make up about 20 percent of the 180 million population. Sunni Muslim militants frequently attack Shi’ites they see as infidels who deserve to die.

“The gunmen arrived on motorbikes and burst into the mosque. They identified the brigadier and shot and killed him, his brother Fazal Subhani and a third man called Mohammad Ayub.” 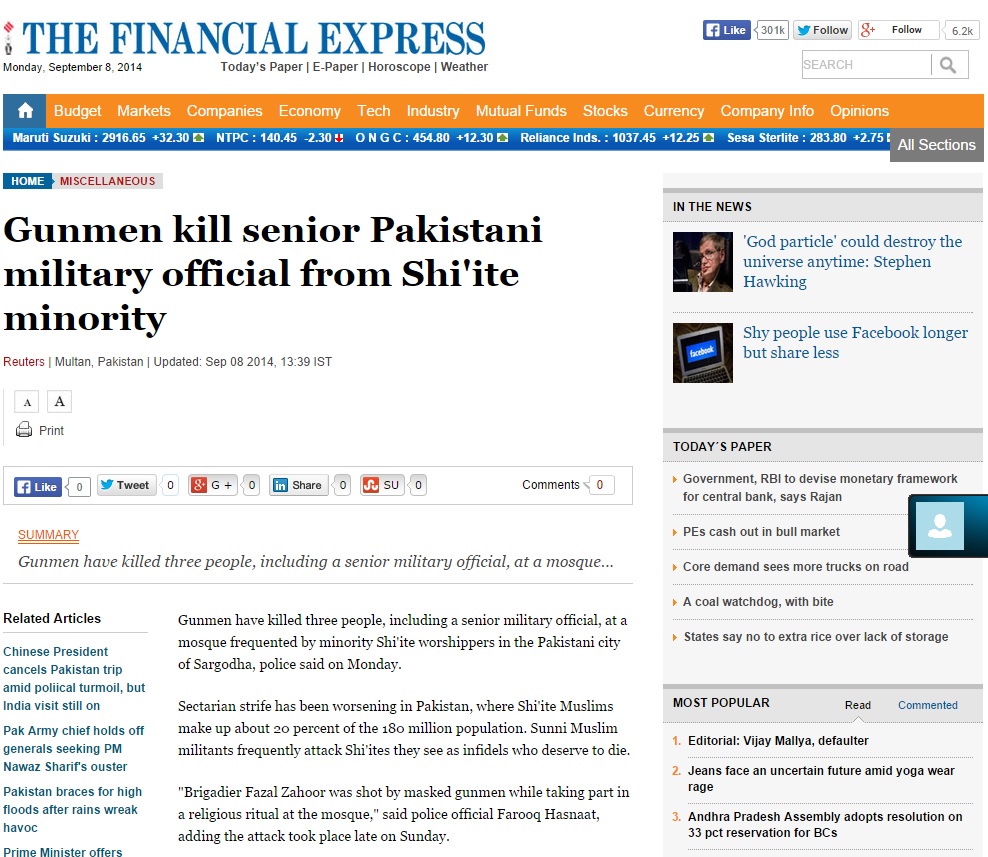