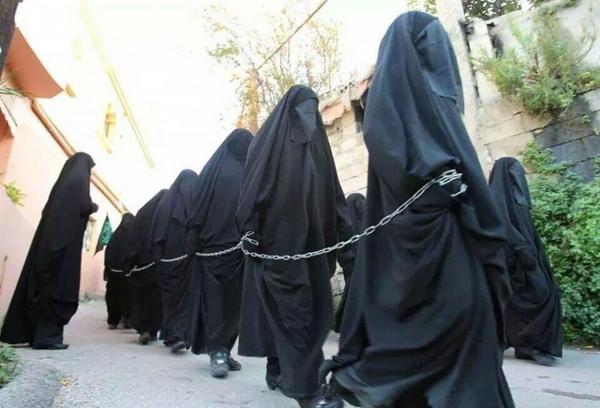 Much as Islamists term as ‘Islamophobic’ the criticism of many Muslims’ treatment of their women, standing up for Muslim women is the most pro-Muslim thing to do. The women’s rights cataclysm in the Muslim societies has reached a new low with the ascendency of Jihadist Islam in the past three decades. Taliban raped many women in Afghanistan, Boko Haram continues to abduct girls, and the latest reports narrate severe violations of women’s rights by the ISIL in Iraq and Syria. Then there are thousands of evangelists like Junaid Jamshed, who legitimize the abuse of women through advocacy of Sharia law. These people construct the very thought system of political Islam which is the ideological infrastructure of Jihadists’ existence. Their claims that Sharia is “divine” cannot be validated logically or theologically. Also in the fullness of time Sharia has stood still, without evolution, and has become a moribund body that stinks.

Despite litany of denials by many Muslims, the abuse of women in Muslim societies, to varying degrees, is a fact and the key elements in play here are the resurgence of Islamism (political Islam), interpretations of Sharia, and other misogynistic religious and cultural values unaffected by the recent advances the world has made in gender equality. The paths of the ideologies of Jihadism and the ideologies of male domination and dehumanization of women are remarkably parallel. The plight of Muslim women symbolizes the plight of all those who are maltreated by the supremacist mentality of political Islam. The lack of liberty and equality for women in societies and communities run by Islamists exemplifies how Islamists, no matter how they try to disguise it, will always try to control various groups of individuals.

A Saudi Arabian princess has called on people across the kingdom to rise against the ruling regime. Sahar Al Saud, 42, the eldest daughter of Saudi King Abdullah bin Abdulaziz, made the call in video message from a house in Jeddah where Sahar, along with her three sisters, have reportedly been confined, according to a Lebanese television station. According to Lebanon’s Al Manar TV, Sahar, in her video message, also greeted the martyrs and prisoners in Al Saud jails.

“Victory is theirs. Greetings to martyrs and to free men in jail. It is an honour for me to learn the meaning of freedom, rights and dignity from you revolutionary people,” Al Manar TV, which sourced the news from unnamed websites, quoted Sahar as saying. “We promise to follow in your footsteps and not to let go of your hands. God’s hand will be above us,” she went on.

THE news from Nigeria is blood-curdling. Shrouded initially in mystery, the kidnapping of almost 300 Nigerian girls last month has now been owned by the Salafi-Wahabi extremist outfit Boko Haram, with its chief threatening ‘by Allah’ to sell those girls in slave markets. In a chilling demonstration of his intentions, in the name of Islam, Boko Haram’s Salafi-Wahabi chief Abubakr Shekau released an hour-long video that showed his hooded acolytes raising rifles and shouting ‘Allah-o-Akbar’ as Shekau flaunted his criminality to the Nigerian people by declaring, “I abducted your girls”. Describing the girls as “slaves”, he had no qualms about saying he would repeat his actions. Over 50 of the girls have managed to flee, two have died of snakebite, many have been forced to marry and some have been forcibly converted — all in the name of Islam. What Salafi-Wahabis of Boko Haram are doing in Nigeria is being done in Pakistan by their Deobandi partners (Taliban and Sipah-e-Sahaba ASWJ) who are destroying girls schools and attacking innocent school going children. –

QUETTA: An armed Deobandi group based in Panjgur, Balochistan’s western district, has threatened 23 English Language Learning Centers to shut down and stop imparting co-education and teaching in English, which they say is ‘Haram (prohibited) in Islam’.

Masked armed men barged into one language center on Wednesday and threatened the teachers and the young male and female students. “Co-education and learning English language is Haram (forbidden in Islam),” they told the teachers, according to one instructor who spoke on the condition of anonymity. The armed men destroyed the school’s furniture and tore textbooks during the incident.