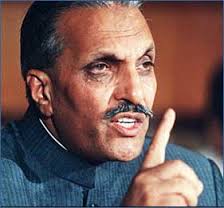 Pakistan’s right wing journalists and educated classes proudly claim that it was because of General Zia ul Haq that Pakistan’s top educational institutions like the Lahore Grammar School and Beacon House came into existence. The argument they give is that the General liberalized education. By “liberalize,” they mean, “privatize”. The argument further says that Zulfiqar Ali Bhutto nationalized education, which blighted Pakistan’s education.

The facts, however, are contrary to the claim. Before Bhutto nationalized education, very few parents were able to send their children to school because education was a private sector of society. When Bhutto nationalized education, all changed. It is important to note here that those denouncing Bhutto for nationalizing education do not tell their interlocutors that the nationalization of education meant free education. By bringing education into the public sector, Bhutto enabled all Pakistanis to send their children to school without having to pay anything.

Before the General overthrew Zulfiqar Ali Bhutto’s democratically elected government in 1977, Pakistan’s public education was not only free, but was of high standard too. Most of the top positions in secondary and intermediate levels used to be bagged by government/Urdu medium schools, and not by expensive, privately owned schools. Today, the majority of those who are educators, scientists, bankers, doctors engineers, etc., are beneficiaries of the free education which Bhutto gifted them. I personally know a number of highly educated people, myself included, who could not have been able to go to school if education was not free.

But General Zia diverted all money to madrassas and defense, and the government schools were left with only enough money to pay off teachers and administrative staff. Saudi Arabia pumped in billions of dollars to create a parallel education system in Pakistan that severely undermined public education and created Deobandi Islamofascist mobsters, murderers, and suicide bombers. Thus, what we see today is that public education is still there, but few like to send their children to government schools. Public education has become a stigma: The very question, “Does your child go to a government school?” will be answered with a rude “No!” 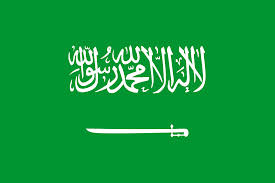 Certainly, there is no debate about this in Pakistan because the people are busy destroying their society’s indigenous cultural-intellectual foundations as they bulldozes their way to al-Bakistanization of their society. But those who worry about the future of humanity, do study Pakistan, yes even Pakistan! The other day, I was reading Chomsky’s What we say goes: Conversations on US power in a changing world, and came across a significant passage about Pakistan. Below I reproduce what he has to say about how General Zia and Saudi Arabia destroyed Pakistan’s public education.

“In Pakistan, which is now a major centre for radical Islamism, the movement began with the former president Muhammad Zia ul-Haq, who was strongly supported by the Reagan administration. In fact, all through his tenure, the Reagan administration pretended that Zia wasn’t developing nuclear weapons. Of course they knew that he was. But every year they would religiously certify that Pakistan was not developing nuclear weapons because they wanted to support their radical, extremist, fundamentalist friend. They knew perfectly well that Saudi Arabia was funding the extremist madrassas, the religious schools that undermined the Pakistani educational system, which had been pretty good beforehand. People like Pervez Hoodbhoy, a Pakistani nuclear physicist, now deplore that you can’t get students to study the sciences because schools only teach the Koran. That wasn’t true in the past.