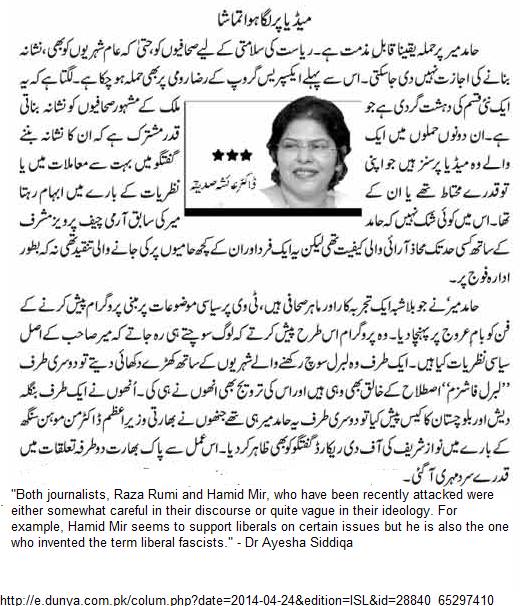 “Both journalists, Raza Rumi and Hamid Mir, who have been recently attacked were either somewhat careful in their discourse or quite vague in their ideology. For example, Hamid Mir seems to support liberals on certain issues but he is also the one who invented the term liberal fascists.” – Dr Ayesha Siddiqa