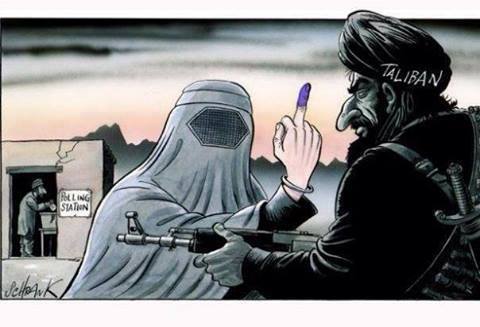 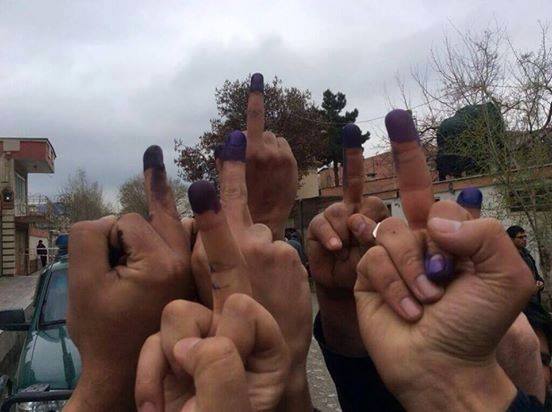 My deepest condolences on the record turnout in the ongoing Afghan Elections. We really wanted to believe that Afghanistan is still our backyard, our “Strategic Death”, oooops, “Depth”. But it turns out that the Taliban are really not as popular there as Hazrat Imran Khan wants us to think. I hope this does not damage another carefully crafted myth that the Afghan Taliban, with their bases, ideological and logistical support, facilitation etc etc in Pakistan, are different from the Pakistani Taliban and their 7 million different avatars.

If this happens, then more condolences to HIK, Ansar Abbasi, Hamid Mir, Najam Sethi, Jinnah Institute’s Foreign Policy Elite Report, “Independant” media and all those who worked so hard to create this artificial distinction.

I wonder why Afghanistan does not like Pakistan-Saudi backed “Afghan Taliban”. Is it lashing unarmed women? Is it the ‪#‎ShiaGenocide‬ that is one of the favourite sports of the Taliban and their urban chapter ASWJ? Is it the opposition to Polio vaccination? Is it the romantic Nihilism that has endeared some Leftists like Tariq Ali to view the Taliban as “anti-imperialists” fighting UN-backed NATO “Occupation” of Aghanistan?

I mean why would ANYONE hate the Taliban??

From Pakistan’s Right Wing Urdu Media to Jinnah Institute Elite Foreign Policy Report, there was unity on the proposal that Afghan Taliban, based in Pakistan, should be allowed to rule Afghanistan once NATO left in 2014 after getting (willingly) fooled by Pious Patriotic Puttar Generals and “Holy Sheikhs of Gulfdom”.

Either ways, this election turnout is a big slap to fellow Two Nation Theory Hyper-Nationalist Comrades who feel that Afghanistan is the backyard of Pakistan where they can bloom the weeds and cactii of “Holy Deobandi-Salafi warriors”.

In parting I remember the foolish Sindhi Sorceress Benazir Bhutto. In 1988, She refused to tag along with General Hamid Gul’s “Raid on Kabul”. She actually had the audacity to oppose further Intervention into Afghanistan. Thanks to dollars from Late OBL, political Intrigue from Comrade Nawaz Sharif aka Amir ul Tajireen and of course the ability of the Pious Patriotic Puttars to subvert Civilian rule, she was promptly kicked out. In 1995, she briefly took ownership of the Neo-Taliban policy only to once again betray this policy in 1998 from the house of the assembly by calling it as “strategic Death”. She continued to oppose the Taliban all the way till she died in a car accident in 2007.

With her exit, Pakistan rid itself of the last leader who opposed the Taliban.

But our media was always around to obfuscate and distort things, may Caliph Yazeed Bin Muawiya bless their Souls! Thanks to them, Ghairatmand Pakistanis are continually being shielded from the Reality in Afghanistan, Jazakallah!

I wonder why “Independant” media of Pakistan and many social media champions were not too bothered to highlight the case of attack on media in Afghanistan that was covering the elections under threat from the Taliban. I suppose the attack on Kathy Gannon that wounded her and claimed the life of award winning photographer Anja Niedringhaus was contrary to the cause of Ghairat – which as well know is way more important than silly things like being united against attacks on fellow journalists by the Taliban!

While Afghanis are extending the proverbial Middle Finger to the Taliban (sigh), PML N government is releasing more and more Taliban prisoners – even outstripping the efforts of the last judiciary in their support to the Deobandi Taliban and ASWJ. PTI and JI are cheering while PPP, MQM and ANP are “Strategically” Silent.

Shame on Afghanistan for beginning to chart their own destiny – that is the prerogative of GHQ and Aabpara and Riyadh!