Early this January, liberal quarters of Pakistan’s civil society commemorated fourth death anniversary of Shaheed Salmaan Taseer, the slain Governor of the Punjab. He was assassinated in broad daylight four years ago because of his unrelenting support for a Christian woman booked on blasphemy charges under country’s faulty man-made laws. Remembering Salmaan Taseer never comes without a hurtful reference to the situation of minorities in Pakistan.

Aasiya Bibi, the woman who was accused of blasphemy against whose unfair trial Salmaan Taseer raised voice, continues to be incarcerated in solitary confinement at an unidentified detention facility. The faulty laws overly and conveniently used to target minorities and powerless sections of populace are still in place. Unchallenged, unquestioned and as powerful as it could get. All voices for the amendment in draconian laws were silenced once the Federal Minister for Minorities Affairs Shahbaz Bhatti Shaheed was eliminated just two months after Salmaan Taseer. What remains is utter silence on these laws, few whispers here and there on minority rights and a loud debate if Salmaan Taseer was a Shaheed or not, and if a Christian Shahbaz Bhatti could be called a Shaheed. 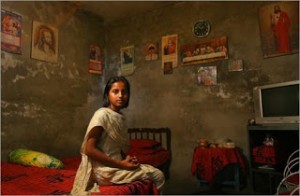 The liberals continue to refer to Mr. Jinnah’s (the way he would prefer to be called had he been with us today) speech that he delivered to the inaugural session of Pakistan’s Constituent Assembly on August 11, 1947. The same speech has recently been rubbished by the wise and the sagacious of Pakistan for being too secular to be uttered by the ‘pious’ Jinnah. Apart from the debate of whether the speech was or was not, the message of religion having no business with state has lost its meaning. The discourse now is about how much freedom and rights the ‘minorities’ should have in the Land of the Pure and citadel of Islam.

The liberal discourse is missing from the scene altogether or at some point, being extremely confusing and detached from contemporary realities of this country. Even the simplest things are either not being said in the mainstream or are being faultily raised. Whatever space there was, it stands totally encroached on by what we describe as ‘right wing’, which is in turn hijacked by hyper-nationalist, pan-Islamist, pro-militant opinion.

It is to state the obvious what the contents of Jinnah’s 11th August speech and Article 25 of the Constitution of Islamic Republic of Pakistan says about protecting the rights of the minorities. But, again for obvious reasons, the devil, which is in details, is not even being touched upon.

Amidst this doom and gloom, it was exhilarating to see a well-drafted comprehensive Charter of Demands from Peace & Development Foundation, a rights campaigning organization. The Charter demands more opportunities for minorities to be part of decision-making process, ending discrimination and reforming personal laws of minority communities.
This charter can bring change provided it is paid the attention it needs from relevant parliamentary bodies including minorities’ representation at the Ministry of Religious Affairs and Inter-faith Harmony, the federal ministry which deals with minorities affairs.

Sadly, no one ever questions why the ministry is always headed by an Islamic cleric politician almost as though it was an unwritten rule. Given how insecure the people are, at least one cabinet slot should be given to the minorities. As of now, minority representative does not chair even the corresponding Standing Committee in the National Assembly. There are although, three minority representatives out of the total twenty members of this Committee. In Senate, the chair of this Committee is with a cleric parliamentarian with no representation from minorities. So much for minorities’ share in decision-making!

Absence from the governance institutions and blasphemy laws are not the only discrimination religious minorities have to face. The Constitution of the Islamic Republic embodies the discrimination when it prescribes the text of the oaths for key public offices. One has to solemnly affirm to safeguard Islamic ideology to be in these public offices including the President, the Prime Minister, the Custodian of the National Assembly and the Senate and the Member of the Parliament.

The prejudice against Pakistanis with a religion other than Islam starts with their birth. During one of the interviews that I took for my research in rural Sindh, I happened to meet a Hindu schoolteacher. Her 12 years old son would refuse to identify himself as a Hindu because he had to face too much hate vocabulary in textbooks and in the narrative of his teachers. He was introduced to himself by our academics as the enemy of Muslims and of Pakistan. There is sadly little attention on removing hate literature from the texbooks. Even if that is removed, who is even bothered to change the mentality of a primary school teacher who would most definitely keep on repeating the same narrative even if it is not contained in books?

In the education field, the state has instituted firm mechanisms to exercise prejudice rather profoundly. If you are a hafiz-e-Quran, you got to get twenty extra marks. Your fellow students who have no business with learning Quran are ought to give away those twenty precious points, enough to throw them far behind in the competition for professional studies like medical, engineering etc. In the job market too, that has huge impact. Once I was part of a selection panel for a semi-government position. We had to short-list brightest candidates for final interviews. A brilliant Curriculum Vita got rejected just because it belonged to a Christian girl. The head of the panel, then a Federal Secretary, was adamant that ‘this Anglo would ruin the environment’. Just a little sneak peak in how the minds of the ‘pious’ work.

Hate propaganda, exclusion from Socioeconomic sphere, stigmatized as lowliest class, forced conversions, poor legal recourse, discriminatory laws, no or negligible share in decision making, just how much is enough to completely wash off these Pakistanis? Senator Aitzaz Ahsan’s ‘mother-like state’ has to treat all citizens equally in case it has a plan to survive. Utter discrimination and trampling the rights of fellow Pakistanis has taught us a lesson that still remains to be learnt. Through this space, all concerned including Ministry of Religious Affairs and Inter-Faith Harmony as well as Parliamentary Committees for this portfolio are urged to kindly have a look into this Charter of Demands by the minority communities and do the needful.

As a beginning, a powerful and independent National Commission on Minorities’ Rights should be formed wherein credible rights campaigners and experts must be invited as members. To keep it mainstream, the membership must not be limited to minority communities only. This frame of mind needs to be changed whereby burden of every affirmative action for minorities is put on minorities themselves, only to be sidelined eventually. Formation of this Commission would be the best tribute to Mohammad Ali Jinnah, the founder of Pakistan and would be the best gift to the nation on this Independence Day in August.

The writer is an Islamabad based campaigner for human rights and works on parliamentary strengthening and democratic governance.