Home  »  Original Articles   »   Gilgit: Time for Chinese drones before it is too late – by Laleen Ahmad 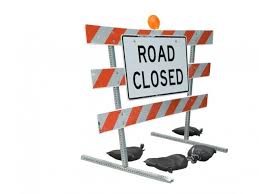 Here is a short video of a Chinse graveyard in Gilgit:

The Chinese buried in this graveyard did not die as a result of an act of terrorism. They died in the line of duty while building the famous Karakorum Highway. But it appears that soon there will be Chinese graveyards inside China where Chinese will be buried as a result of Taliban terrorism.

The history of the ISI-Saudi Arabian attempts to dismember China goes back to the so-called Afghan jihad of the 1980s. During the rule of General Zia (1977-88), the ISI smuggled weapons into China hidden in stationery boxes. The Chinese found that out and the Chinese authorities immediately sealed Pakistan-China border till Pakistan promised to punish the people responsible for smuggling the weapons.

But now it appears the things are going to change. China will soon feel the heat of the Taliban presence in Gilgit. Because of the American drone attacks in North Waziristan, the ISI has shifted its Talibanic asset in Gilgit. In Gilgit, the Taliban have been killing the Shias with impunity. This is good for the ISI intention and propaganda: Kill two birds with one stone. The Taliban will continue to kill the Shias in Gilgit, and the Shias will continue to protest it. But behind this, another ISI-Saudi Arabian handiwork will be set in motion: Sabotage in Xinxiang. The Taliban will train Uyghur terrorists to stir discontent in Xinxiang, which, in the ISI-Saudi calculation, will lead to the creation of a Salafi Caliphate there. Thus, the ISI-Saudi Arabia are trying to dismember China.

It is obvious that the Chinese authorities are aware of the ISI-Saudi conspiracy. They seem to be aware that being an arm of the Saudi Islamofascist ideology, the ISI wants to stoke emotive issues like “Islam in danger” and “an Islamic homeland for Muslims” in China. As late as September 2013, China closed its border with Pakistan on the eve of its independence day. The Nation, a pro-ISI daily, reported it thus:

“The Chinese government has decided to close the Sino-Pak border for ten days as part of extra-ordinary security measures being taken ahead of independence day celebrations. Hunza Nagar police said they received a notification from Chinese government that Khunjrab border will remain closed from September 28 to October 7.
Trade and traffic between the two countries will remain closed during this period. They said that the Chinese government has been expressing concerns about the threat of terrorist infiltration through Khujerab border.
Such measures are routinely taken to guard the country against the elements involved in subversive activities in the ‘Xinjiang’ autonomous region, where sections of the ‘Uighur Communities’ have been involved in a struggle against the government.” (Ref: http://www.nation.com.pk/national/27-Sep-2013/china-to-close-pak-border-for-10-days)

Marks the words “struggle against the government”. This speaks of how the ISI views the Uyghur terrorists: Freedom fighters.
But just closing the border with Pakistan will not suffice. China should emulate the American example. It should destroy the Taliban terrorist networks in Gilgit by using its drones. The video below shows how the ISI-trained terrorists can play havoc in China:

China is a strong country and its leadership is very patriotic. They will certainly not let their country be dismembered by terrorists like the Taliban.