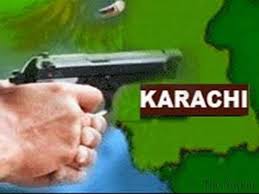 Quick, quick, I need Good Liberals/Rationalists/Tonga Commies/Honda Civic Society/Uncle Tom Shias to trot out the usual lines so that there the outrage against Deobandi Sipah Sahaha ASWJ is muted and any semblance of Sympathy for Shias is squashed. We all know that because of 3 Shia Feudals of Jangh who have been ruling the Universe since 50,000 BC, it has been justified by the Sipah Sahaba ASWJ to kill Shias in Karachi. Also, the Iran Proxy war theory.

Whats that you say, Iran is not supporting Christains who are also being targetted By Sipah Sahaba. Ooops. Doesn’t matter. Keep flouting that theory too. Its not as though anyone will contradict it.

Indians are involved in sectarian killings in… by dm_50c42dc2e3ee0

Today, 12 people were gunned down by abbtakktv