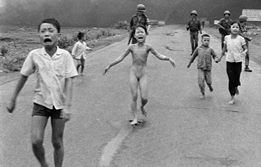 Hear Ye Hear Ye The Ghairatmand Taliban Supportors are on the rise! Until last year, whenever we -PML N, PTI, JI, ASWJ, ISI/Pakistan Army, Media, Shia Mullahs- used to say that America is supporting the Taliban and Al Qaeda, we used to be mocked and jeered at. We were told that Amrika would never do this and dismissed as conspiracy theorists.

After Syria – and Algeria, Egypt, Libya we have been proven right. FYI, Al Qaeda sends its regards to President Obama for not properly investigating the Benghazi attack on US embassy in Libya by Al Qaeda – the same Al Qaeda who just months ago was being backed by NATO against Qaddafi – the dictator, not the stadium in Lahore.

Al Qaeda also thanks other US allies like Saudi Arabia, Qatar, Isreal and Turkey for supplying …….. M&Ms (peanut flavour only).  What did you say??  Chemical weapons??? The US and its allies have no record of ever having used or supplied chemical weapons. Now shut already and keep the facts to yourself, you liberal dissenter, you Assad apologist, you!

At this point in time, we should be clear about one thing which is that America has finally gotten around to accept ISI policy on Al Qaeda and Taliban.  FYI, just to be clear, there is no Al Qaeda wink wink nudge nudge 😉  Atleast not when the heat is on 🙂

Just like ISI and Pakistan army became generous and forgiving about attacks on on army bases and GHQ, America also forgot about Al Qaeda for Benghazi attack.

I commend President Obama for depending on direct evidence of his own – such as the evidence that was supplied to the UN by the honourable General Powell “The Truthful” in 2003 against WMD of former comrade Saddam. Thanks to Iraq, Al Qaeda also managed to get base in Iraq which is named Jabat Al Nusra who are also helping us fight the Assad regime. The Assad regime is a big threat to the democratic Jeffersonian monarchy republics of Saudi Arabia and Qatar.

Sadr Obama, don’t let the liberal media get you and don’t show them the evidence.  Thanks to Allah, in America, media is not much different than it is in Pakistan.  With minor cosmetic differences, FOX News and MSNBC are really on the same page on major issues.  Both NBC and FOX news supported us in Iraq as well.

Al Qaeda is happy that you are sticking to your resolve of suppressing your evidence from the public. Don’t get too upset when some liberals taunt you with the phrase “The US is in bed with Al Qaeda – Again”.

Just tell them that it is the latest Hannibal Lector movie.  Most people won’t know the difference anyways.

If that does not work, do what the Pakistan army-inspired media does in Pakistan. Say that it is a cause and effect thing and blame the Assad regime for fighting the peaceful Silk Route Tourists from Pakistan, Australia, Qatar, Saudi Arabia, Iraq, Jordan, Belgium, Canada and France which turned them into terrorists.  Don’t get too bogged down into details like you used to before. Btw, you are doing just fine now with bluster –which we in Pakistan understand as an important feature of Ghairat.

Most importantly, please stick to your current Bush-ian phase. Please do not get bogged down in such silly things such as logic and rational. Whatever you do, make sure that the great intellectual American media does not see how Assad regime is encouraging the UN to collect evidence of every chemical attack.http://rt.com/news/syria-investigate-un-chemical-116/and how America-Al Qaeda alliance had earlier on done a “false-flag” operation to pin the blame on Syria. It might harm credibility. Better yet, take a page from Pakistani judiciary and ban Google in Amrika. http://www.livetradingnews.com/un-official-syrian-rebels-used-sarin-nerve-gas-assads-army-6636.htmOtherwise silly liberals will see this interview of Bashar Al Assad regime and see how he uses the Satanic tools of logic in the chemical attacks case. Our previous ally Saddam always used to take credit but this Baathist foe both denies that he ordered the chemical attack and then says why would the robber call the police. Actually, that might be a good argument. Strike that. Just make sure that your media does not get its hands on this interviewhttp://www.syriaonline.sy/?f=Details&catid=12&pageid=6977If you need evidence of how the Bashir Regime in Syria used chemical weapons, refer to this photo of Syrian children suffering from chemical attacks. It is known as “Napalm Girl” but it is compelling evidence that has come up so far of the horrors of chemical weapons It should raise the sympathy that you need to launch the Tomohawk-Peace-Initiative-In-Defense-of-Al Qeada. If you need further proof, spread this linkhttp://surkew.tripod.com/id89.htmDon’t worry if UN inspectors say that both sides used chemical weapons in Syria or that the latest attack was a false flag operation by Al Qaeda. By then the Tomohawk Peace Initiative will have been launched and the USA will finally be the Air Force that Al Qaeda always pined for but never had. You gave them a glimpse of that in Libya. Don’t let the UN or the Constitution create hurdles for you, take a note from our Generals and Judges who never let these silly things bother them too much.Long live the Al Qaeda-America alliance. Our forefathers, whom you called the founding fathers of Afghanistan at the White House defeated the secular Saur revolution there. We will defeat the Baathist regime of Assad and install Zawahiri’s caliphate in Syria. Jazakallah. Amen. Shalom.