Are Ismailis being dragged into the mayhem? – by A Z 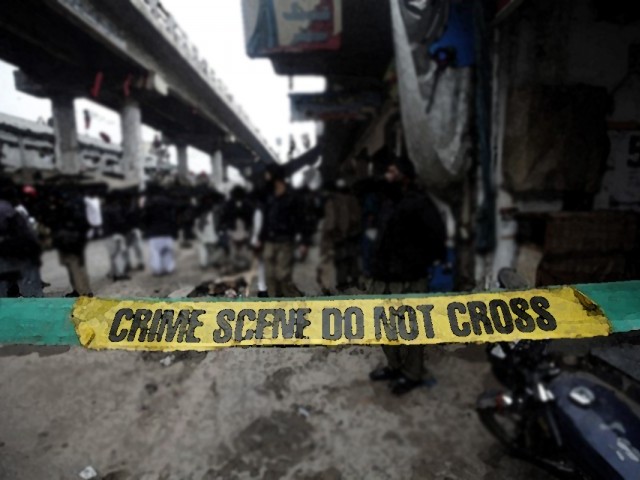 Editor’s note: This incident highlights, yet again, the intellectually dishonest approach of Pakistan’s intelligentsia when the falsely misrepresent Shia Genocide is a Shia-Sunni war and Saudi-Iran Proxy war. The Ismailis, a Shia sub-sect are a low profile community who have made positive contributions to Pakistan’s health and education sectors. Their targetting by extremist Takfiri terrorists proves that the latter are the problem and simply cannot tolerate the other. The media should not, in good faith, allow such terrorists to present their justifications without challenging their bigotry and intolerance. The attack on Ismail Shia muslims once again highlight that blaming the victim will not solve anything. Its time to condemn the Takfiri Deobandi-Salafist terrorists without any ifs, buts, or etc instead of entertaining absurd justifications. Similarly the Shia Bohra Community was attacked last year.

Rather than serving as a moment to gauge the country’s progress and success, 14th August has become a day for frenzied reveling in God knows what. This year was no exception, with a couple of people killed and scores injured by the bullets fired aimlessly to rejoice in Pakistan’ birthday. Just a day before 14th August, along the nation’s celebratory passage to its Independence Day, something important occurred that could be a bad omen for a very peaceful community within the country.

This involved grenade attacks on Ismaili community’s places of worship – the Jamatkhanas at Karimabad and Metroville Karachi. A 26 year old woman and her four year old daughter were killed and over 40 others injured. At Karimabad, the hand grenade was hurled from outside the main entrance at 7:15 pm – 15 minutes before the evening prayer. The site of the blast was the front lawn, an area designated for women and children. The explosion caused some infrastructure damage, including shattered glass windows. That this display of barbarism happened against a community that actively seeks to remain uncontroversial, whose members have contributed a lot to Pakistan’s creation and its economy, and which stands out in Pakistan through its civility is a frightfully ominous reminder that nobody is safe.

Meanwhile, Karachi City Police Chief Ghulam Qadir Thebo said that the Tehreek-i-Taliban Pakistan (TTP) and Lashkar-e-Jhangvi nexus was suspected to be responsible for the attacks, because similar threats had been issued by outlawed militant organisations last year. The police chief explained that the TTP issued a warning letter to the Aga Khan Foundation regarding death sentences of two convicts, Attaullah alias Qasim and Mohammad Azam alias Sharif. Both were to be executed on June 26, 2012, in the murder case of Dr Ali Raza Pirani. A member of the Aga Khan community had served as a key witness in the case. However, President Zardari had put a stay on their execution, which is in keeping with the PPP government’s collusion with the terrorist organizations. Nevertheless, with a new government now in the saddle, black warrants for both convicts had been re-issued recently and the prisoners are scheduled to be hanged soon.. The police are looking into the possibility of the organizations having carried out the attack to harass and intimidate the Ismaili community. No wonder this has immensely worried the community in a country where their cousins in faith –twelver Shias- are already being killed in huge numbers and other minorities in faith are also ceaselessly persecuted. So far Ismailis had somehow managed to escape the wrath of the extremists and they would surely be worried by getting some attention from the extremists. The grenade attacks were an overt attempt to hurt, maim, or kill Ismailis. This horrific attack has outraged the community’s leaders.

Understandably, this assault on yet another community in the country got little attention as people in the country took out silencers from the motorbikes, fired shots in the air, raised our ‘green’ flags to the skies and marched in their thousands in all the squares. Little did it seem to matter that the spate of attacks since the new governments at the centre and the provinces took over shows that Pakistan –like under the PPP rule- continues to be a state below the functioning standards, where the militants reign supreme. The quality deemed most odious in the humans —savagery in its many forms— is amply displayed by the actions and attitudes of the Jihadists. There idea of religion enfolds enactment of barbarian virtues and the imposition of their brand of faith. To facilitate their gory task, and to justify it, these militants indoctrinate their followers to dehumanize the enemy. The contamination does not stop with militants;it eventually affects the society they dwell in. For example, Tamils justified Tiger atrocities including child conscription. Similarly many Sinhalese try to ignore/excuse the horrendous content of ‘Killing Fields’.

An honest present day description of Pakistan would constitute an exploration of a horrific world of oppression, terror, callousness, and human suffering. Denial cannot slay this Hydra; the only way is for the nation to unite and fight the war that it has been in for the past ten years. We need to accept the reality and make a sincere and serious effort to fight for our survival. The extremists are the country’s real enemy and they must be beaten back. Recognition of internal barbarity must be dealt with within the self, not through denial or unconvincing attacks on others. Our struggle continues to beckon for the past ten years – one in which the horror of self-righteousness and human potential for cruelty are laid bare.

5 responses to “Are Ismailis being dragged into the mayhem? – by A Z”