An article titled “The Madarssa Network of Sindh” was published in The Friday Times magazine (TFT Issue Number: Vol. XXV, No. 22, July 12-18, 2013) written by its Ali K Chishti (@akchishti) who is known as Liberal but supports pro-Taliban Takfiri Deobandi terrorists.

In a recent survey carried out by the Sindh Home Ministry, there are 12,545 madrassas in the province, of which 2,161 are sectarian.

About 74 percent of these religious schools are in Urban Sindh (Karachi, Hyderabad and Sukkur). At least 8,191 out of them opened after 9/11. About 67 percent of the madrassas in the province are owned by people who do not have a Sindh domicile.

According to the survey, 6,191 of the madrassas belong to the Deobandi school of thought, 2,811 are Barevli, 412 follow the Ahle Hadith doctrine and 512 belonged to the Shia fiqh.

According to his article: inside the Ahle Sunnat Wal Jamaat’s (Sipah-e-Sahaba) headquarters  in Karachi, party head terrorists Aurangzeb Farooqi says his group’s madrassas do not promote sectarian rivalry. “We have hundreds of madrassas with thousands of students, and we do not teach sectarianism.”

This is not the first time that TFT blog has promoted hate clerics of Sipah-e-Sahaba ASWJ-LeJ. In the past, TFT blog has published posts in which Ahmed Ludhianvi Deobandi, Aurangzeb Farooqi and other blatantly hate clerics have been promtoed as prophets of peace and harmony.

TFT blog is also notorious for misrepresenting Shia genocide as an outcome of Sunni vs Shia sectarianism or Iran vs Saudi Arabia proxy war. 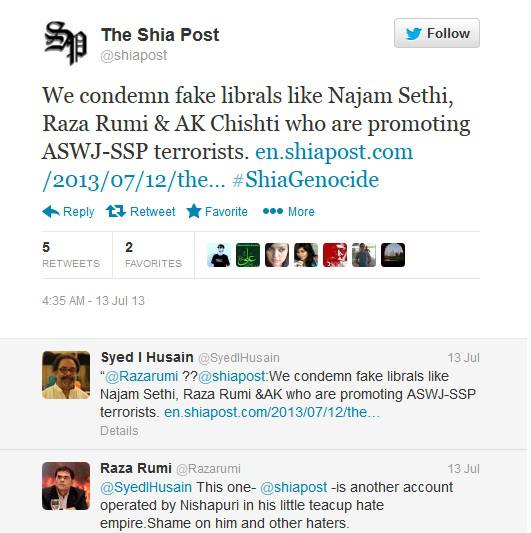 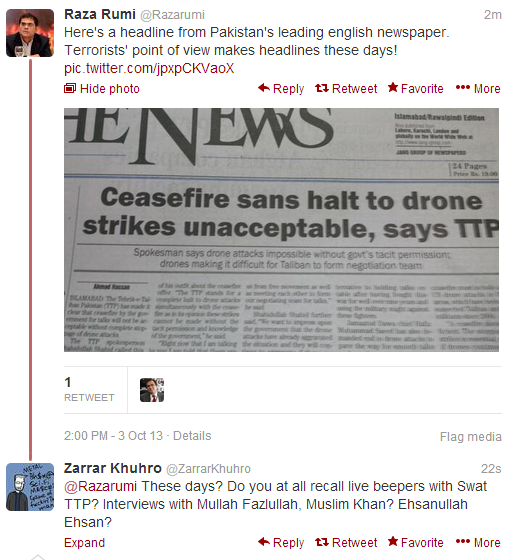