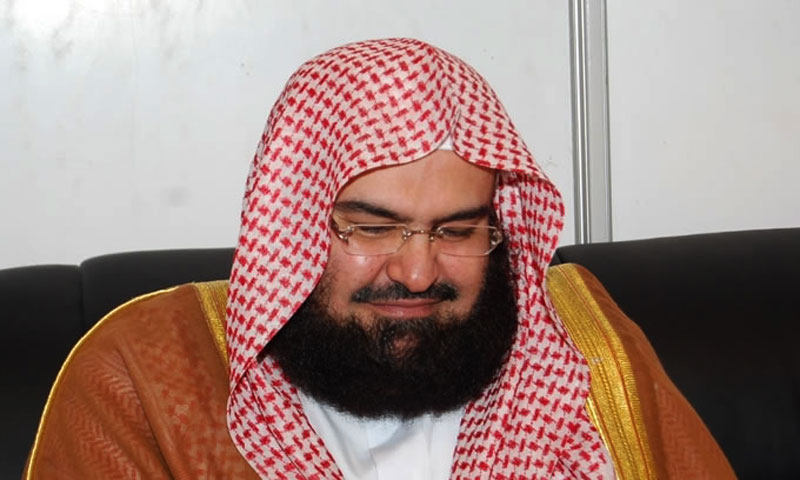 RIYADH: Saudi Arabia would send imams, one each from Masjidul Haram in Makkah and Masjid-i-Nabawi in Madina, to Pakistan every year.

Talking to visiting Pakistan’s Minister for Religious Affairs and Interfaith Harmony Sardar Mohammed Yousaf, President of the Affairs of the Two Holy Mosques Sheikh Abdulrahman Al-Sudais made the announcement.

He said this was being done to promote ties between the two countries. He said that King Abdullah attached great importance to Pakistan and its people.

Relations between Pakistan and Saudi Arabia are based on deep love and reverence, Sheikh Al-Sudais told the Pakistani minister and the accompanying delegation. He also prayed for the Muslim Ummah and progress and prosperity of Pakistan.

The Pakistani minister told Sheikh Al-Sudais that Pakistan was making a concerted effort to promote interfaith dialogue in line with the initiative of King Abdullah. He also extended an invitation to Sheikh Al-Sudais to visit Pakistan.

However, clerics of Lal Masjid did not pay heed to his advice.

According to the Wikileaks’ cable #178082 jihadi recruitment networks were established in Punjab and supported with the funding of Saudi Arabia and the United Arab Emirates since 2005 (The Dawn, 2011). The cable regards a communication to the US State Department sent by the then Principal Officer at the US Consulate in Lahore, Bryan Hunt, on November 2008. Hunt refers about information he received through discussions with local religious and political authorities, as well as with representatives of the civil society. Radical madrasas following the Deobandi and the Ahl al-Hadith (wahhabi) creed were established in Multan, Bahawalpur, and Dera Ghazi Khan villages, from where children were indoctrinated to jihad before being sent to training camps in the FATA areas (Federally Administered Tribal Areas). Arab-sponsored “charity organisations” like Jamaat-ud-Dawa (JuD), the Al-Khidmat Foundation (AKF) and Jaish-e-Mohammad (JeM) were the link between Deobandi/Ahl al-Hadith religious leaders and local communities. It is important to note that in order to evade restrictions and sanctions the JuD has diversified its portfolio of charitable organisations into separate branches such as: Falah-e-Insaniat Foundation, Tehreek-e-Hurmat-e-Rasool, Tehreek-e-Azadi-e-Kashmir, Idara Khidmat-e-Khalq, Paasbaan-e-Ahle-Hadith, aasban-e-Kashmir, Al-Mansoorian, and Al-Nasaryeen. It is believed that all these organisations are nothing but branches of JuD (The Guardian, 2010/a).

The United States is well aware about the financing network starting from Arab countries and reaching terrorists organisations through charitable institutions. In the US State Department’s memo dated December 2009 it is written that “donors in Saudi Arabia constitute the most significant source of funding to terrorists groups worldwide” (The Guardian, 2010/b).