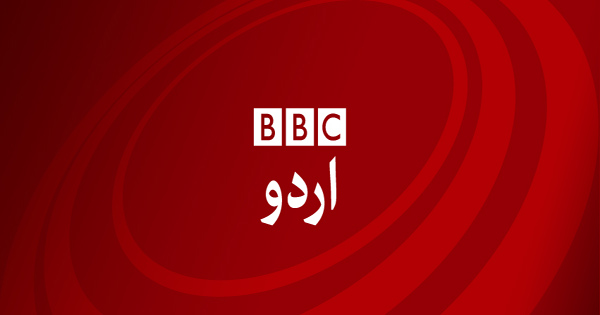 On 17 July, the BBC Urdu published a feature on the banned Sipah-e-Sihaba Pakistan (SSP), which is now known as the Ahle Sunnat Wal Jamaat (ASWJ).

The ASWJ is the political face of the Lashkar-e-Jhangvi (LeJ) which has killed thousands of Sunni Barelivi, Ahmadi and Shia Muslims in Pakistan. The three founders of the LeJ —Akram Lahori, Malik Ishaq, and the late Riaz Basra- have been members of the ASWJ also. To this day, Malik Ishaq Deobandi who proudly claims to have killed dozens of Shias is Number Two in the ASWJ hierarchy after Mullah Ahmed Ludhianvi Deobandi.

Anyone who knows an iota about the functioning of terrorist Islamist parties in Pakistan knows that the ASWJ (the former SSP) and the LeJ are one Takfiri Deobandi party with two incarnations. Whereas the LeJ kills the Shias, the ASWJ provides ideological justification of the Shia genocide. Mullah Ludhianvi and Malik  Ishaq are always seen together in spreading hatred about the Shias.

But the BBC wants the world to believe otherwise. In the feature referred to above, the BBC wants its readers to believe that the ASWJ is now becoming a balanced, centrist party and is now shedding its association with the LeJ and the likes of Malik Ishaq. The reason, the BBC wants us to believe, is that in the last elections, the ASWJ lost badly, and now it wants the people of Pakistan to consider it a mainstream party which rises above sectarian bigotry. Interestingly, the spokesman of the ASWJ told the BBC, “Some people use the name of our deceased leader Haq Nawaz Jhanvi and being a bad name to us [i.e., ASWJ]”.

Here is the leader of Sipah Sahaba AWSJ LEJ recently admitting to his close circle of fiends that the name change is simply there for fool people.

Here are a couple of samples from Jhangvi’s anti-Shia venom:

If the ASWJ, as claimed by the BBC feature, will work in line with the ideas propagated by Haq Nawaz Jhangvi, it will mean the continuation and justification of the ongoing Shia genocide in Pakistan.

The BBC feature purports to humanize Haq Nawaz Jhangvi as well as the anti-Shia ideology and practices of the ASWJ. Thus it—the BBC—is complicit in the ASWJ-executed Shia pogroms.

This is not the first time the BBC has shown partiality to anti-Shia terrorists. While reporting Shia pogroms by the LeJ in the past, the BBC has flouted the basic principles of journalistic honesty and integrity. At times, it has decided not to use “Shia” but “Hazara” to obfuscate the Shia genocide. It has at times not mentioned the LeJ even when the LeJ claimed responsibility for killing the Shias. It routinely obfuscates the identity of Takfiri Deobandi terrorists of Sipah-e-Sahaba (ASWJ / LeJ) as Sunni militants hiding the fact that ASWJ / LeJ terrorists have killed not only thousands of Shias Muslims but also thousands of Sunni Barelvis, moderate Deobandis/Salafis, Ahmadis, Christians etc.

Why would the BBC humanize and promote a terrorist outfit like the ASWJ-LeJ? Is it a part of some global agenda whereby the Shias must be destroyed in order to teach Iran some lessons? The BBC anti-Assad government reporting is as biased as that of the Al-Jazeera or Fox. But what the BBC executives do not seem to realize that they are contributing to the Shia genocide all over the world, especially in Pakistan. By giving legitimacy to the ASWJ-LeJ, they have strengthened the hands of assassins and murderers. Perhaps the B(ritish) B(roadcasting) C(orporation) should be renamed as B(athetic) B(anal) C(riminal).