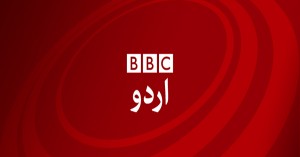 Question: So what is the LeJ’s Founder  (currently vice president of ASWJ) Malik Ishaq Deobandi doing when he is not whipping up passions, to kill Shias, with incendiary hate speeches?

Answer: He is giving interviews to respectable international channels like the BBC Urdu.

There are, of course, both moral and social grounds on which one can fault the BBC Urdu for airing an interview with Malik Ishaq who openly calls for Shias, a major Muslim sect, to be put to death. Allowing this Pakistani apostatizing militant and hatemonger free airtime on a major international channel is not only an affront to millions of Shias and Ahmedis, who Mr Ishaq declares as liable to be killed, but also further inflames hard-line views among his followers. This amounts to helping this man and his murderous terrorist group to capitalize on its hate campaign.

While we do respect the BBC’s high ethical standards, it would not be out of place to condemn this act as a folly in careless feeding. We feel that by allowing Malik Ishaq the use of its platform, the BBC did not serve any social cause. All terrorists and extremists view such airtime as an information instrument, to generate publicity and draw attention to their cause. This fatal attention is a critical component of understanding the concept of terrorism and explains why terrorist are drawn to the media. Thus the media and the resulting coverage serve as an enabler for acts of violence and terrorism. The primary questions of journalistic ethics that surface when evaluating the BBC’s decision to air Malik Ishaq’s interview surround the nature of this concept known as “news value.” Under what pretext the news value of this item can override other ethical concerns associated with giving publicity, of no informative worth, to a wilful and violent hatemonger? It allows him to create an image for himself and to expand the reach of his message. Thus the broadcast will sow contamination and influence for a man who is charged with having ordered and committed monstrous acts of brutality and terror.

Doesn’t giving a terrorist a legitimate platform merely magnify the reach of his hateful message?

Did the BBC take the decision responsibly and with awareness of the impact it would have on victims’ families from the recent bomb blasts in Quetta and Hangu and in many other Shia massacres that LeJ has overtly owned up to?

Does the BBC understand the shock and violence suffered by the families of the victims in seeing live and hearing the voice of the man who ordered assassination of their loved ones, many of them small children and women?

Some of the victims’ relatives and friends have called LUBP to express outrage after this broadcast.  “This broadcast is scandalous because it gives the voice to LeJ which has claimed the ‘honour’ of blowing up and reducing to bones and ashes our little children” said Fatima Changezi, the mother of a young girl who was burnt alive in the Quetta explosion on the 16th instant.

We do hope that the BBC will take our concerns seriously and that such instances will not be repeated. 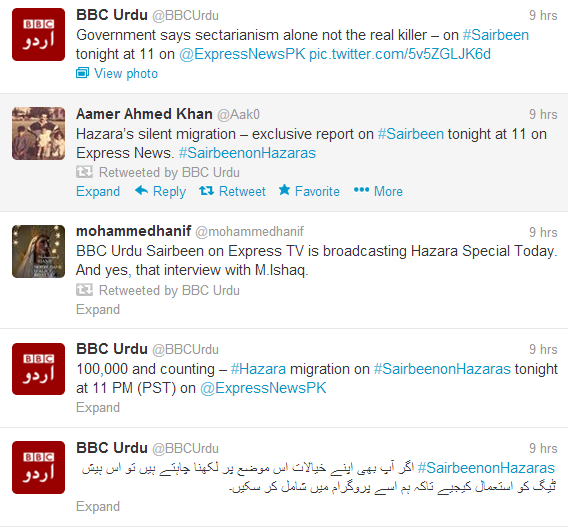 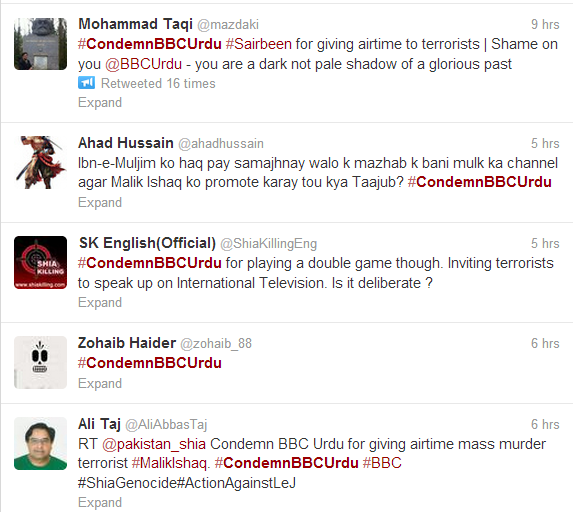 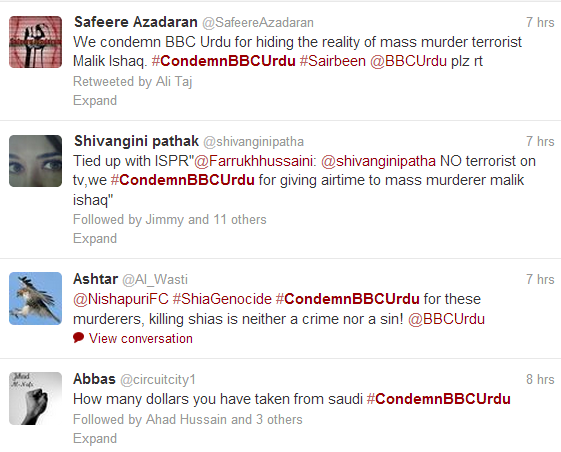 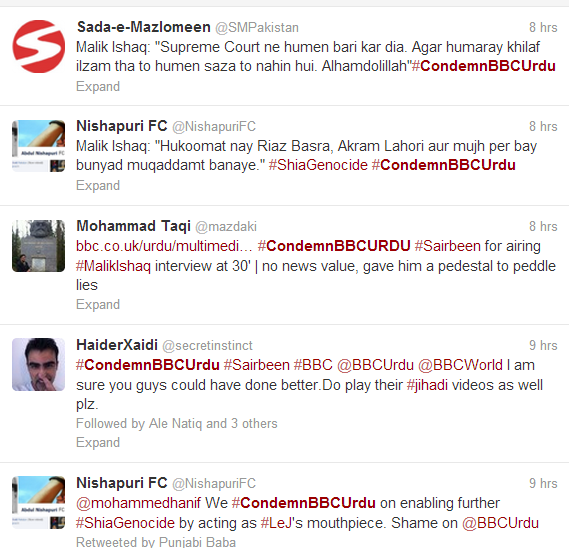 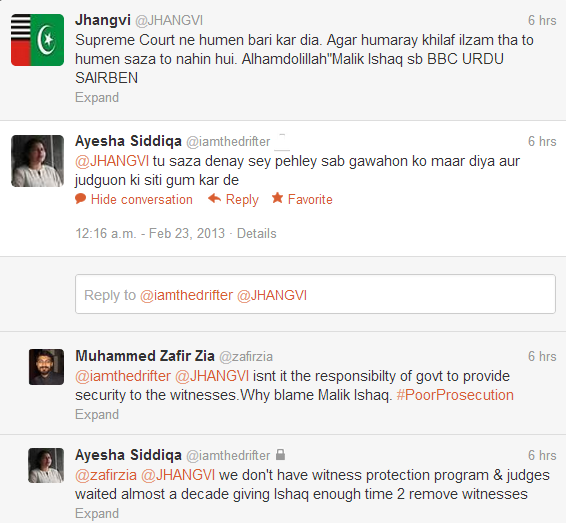 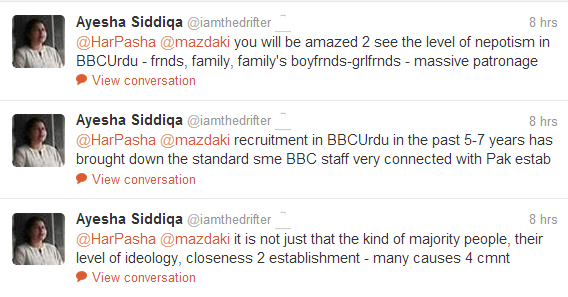 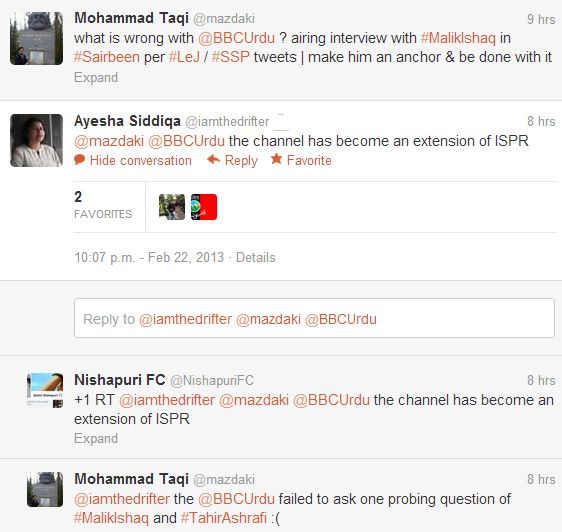 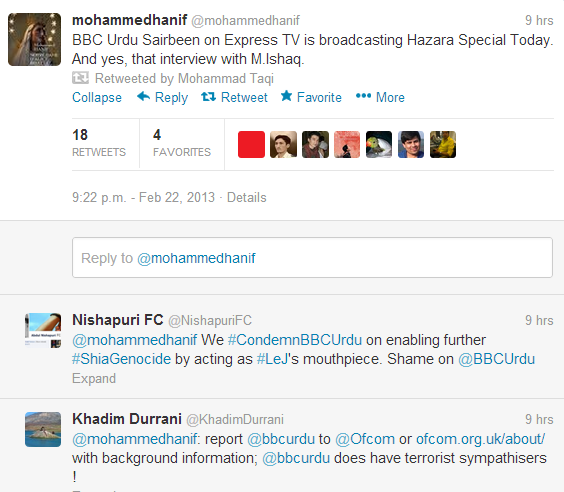 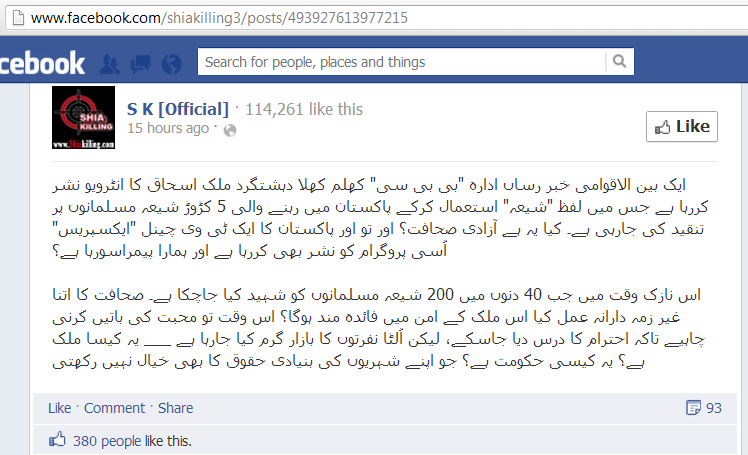