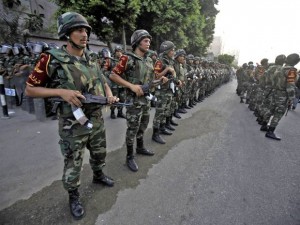 While I may support liberal ideas and politics and be dead against all forms of theocracy, I have no choice but to call a spade a spade; it just is what is. July 3, 2013 was no different from the grain of Egyptian history and it amounts to most significant subversion of democracy, sabotage of constitution, and the exploitation of power by the Egyptian Army. It is not the first time Egypt has experienced this but it is totally out of sync with the modern times. It is true that Egypt gave Morsi a year to prove that he would govern for all Egyptians as he promised but he failed. He ran a government that acted outside the law in its hasty quest to impose upon Egypt their sole vision of a state governed by theocratic principles – a government that was taking on the form of tyranny. However, unless the Army acts with great restraint and steps away from the political arena as soon as possible, history will gloss over Morsi and Muslims Brotherhood’s incompetence and will judge the power-drunken politically motivated generals harshly. 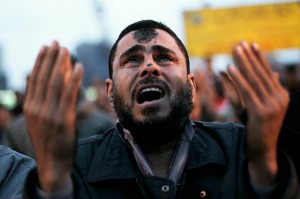 I will admit, I began to toy with the idea that Egypt had turned over a new leaf, that its politicians were indeed reasonable men and that they had actually traded in propagandistic diatribe for political maturity. And then, all in a matter of a few days, those calling the shots for the demonstrations and their foreign backers showed their true nature. Egypt’s is far from being politically mature and authoritatively responsible. Rather than use their authoritative position as a tool to encourage meaningful change in the furtherance of a more democratic Egypt through negotiation and accommodation between the government and the opposition, the Army has now embarked on a vengeful course of unjustifiable retribution against a democratically elected government. What a disgrace!

The answer is simple: their justification is a farce, nothing more than a mere pretext for purposeful and deliberate meddling in the process of fledgling democracy in Egypt. We all know what our armies are capable of when they set out to subvert and undermine democratic political forces. Why all Muslim armies continue to be embarrassments to our political heritage and history? If the army does not retract soon, it will not end here. It will get worse. 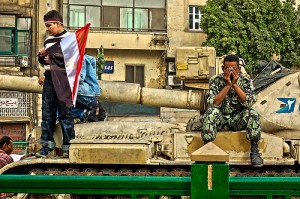 Embedding pluralism in a society is an arduous and a winding process that requires tolerance and patience till the political power in the society becomes truly dispersed and the citizenry can make choices freely. It does not happen overnight. This crude subversion of democracy in Egypt ought to have been met with a firm response from the outside world. But Gulf Arab countries have applauded the coup in the hope of it benefiting their ideological allies and West has chosen to sit on the fence. Supporting the Army in the longer run will be another grossly short-sighted behaviour by Washington in a blighted region.

No great civilization that still captures our imaginations continues to speak to us like that of ancient Egypt. But this is the time for Egypt to stumble forth on the path to pluralism instead of looking for its next Pharaoh.