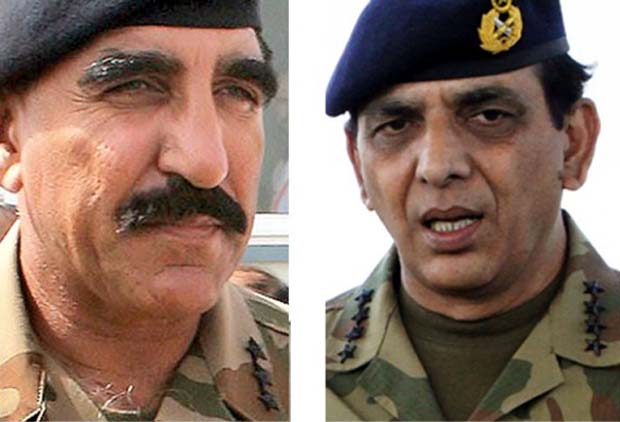 While commenting on my article 2013: A Highly Critical Year for Pakistan one dear friend has sounded as if we cannot criticize the ISI. I have always had a great respect for this friend as he is someone superior to me in both knowledge and intellect. While his comments and advice have always been a source of wisdom for me, I cannot surrender to him my right to objectively criticize anyone. The article referred to ISI’s meddling in the affairs of elected governments and its Afghan Policy in pursuance of Strategic Depth. Both are almost established facts in Pakistan’s public life. In a country beset with external and internal threats we, of course, stand squarely behind our army and intelligence agencies in the national interest. However, criticizing them –like any other national institution- for their mistakes and shortcomings should not be banished from the concourse of national wisdom.

Since ancient times, two maxims are instilled into naval culture of all humanity. The first is that if a ship runs aground, it is the captain’s responsibility. The second is that the captain is always responsible, even if he or she isn’t. A commander can delegate authority but not responsibility. Authority refers to who is in charge, while responsibility refers to who is accountable. And here we are talking about an institution which has ruled the country for half its life and has called shots in all critical matters, at least, since 1977 regardless of the form of the government in the country. Since 1977 our foreign policy and national security have largely been a domain of our generals’ imagination, rather than the imagination of the wider ideology of a nation-state or its people.

What is interesting to note is that we Pakistanis have elevated our armed forces to levels incompatible with democracy. While it is customary in any country to thank the men and women in uniform for their service and their willingness to risk their lives for the safety of others, any army in the world is just another institution whose members should remain under the law and whose leaders should be held accountable before an elected government. Because the dysfunctional Pakistani state and all of its institutions are fragmented, corrupt, and unaccountable, there is no reason to assume that the Armed Forces are an exception. Just like the state, the army is made up of Pakistani people, and the majority of these people have the same faith and prejudices as the rest of us. Pakistani culture is riddled with examples of how people fail to understand what would make up a healthy relationship between the citizens and the military. This undue veneration of the army, in a culture that idolizes macho figures and fascist nationalism, has put our armed forces above the law in the eyes of a common man. No wonder, throughout our history, army commanders have acted independent of elected governments.

Allowing the armed forces to get involved in any area of civil activity is always risky, dangerous, and harmful, let alone permitting them to operate freely the largest business and real estate empire in the country. This is better described by Air Marshall Asghar Khan in his book “We’ve Learnt Nothing from History” while narrating an incident after the coup of 1958 by Field Marshall Ayub Khan which deposed President of Pakistan Eskendar Mirza. “Eskendar Mirza and his wife were sitting in the VIP room of a sofa. A junior army officer was occupying a chair next to him with his legs stretched out on a table in front of the former president. I told him he was insolent and ordered him out of the room. The conduct of this officer typified the danger inherent in the involvement of armed forces in politics. When power is wielded by the defence people, it is ultimately exercised by the people who, both by experience and temperament are least suited for this role. Since they are not responsible to the people, their arrogance finds expression in ways that are more harmful than the ill manner of the young officer at the Maripur airfield on that October morning.”

It is true that in Pakistan institutions were never nurtured into the strength required to check the power of extra-constitutionality or to establish rule of law. Politicians and governments have consistently violated the very principles they are supposed to uphold. So if no one felt they were answerable to the people, why should have the army? However, we have just seen the end of the first ever government tenure in Pakistan where democracy has emerged much stronger than before. In the scheme of things that is now beginning to emerge, the ordinary folks like this scribe can expect some politicians, bureaucrats or the tycoons (except Malik Riaz, of course) to be punished for any offence. So why the army persons should not be held responsible? It is about time that the Pakistanis drop their macho fascination with the army and start treating it for what it should be: A professional force accountable before an elected government.

The menace of terrorism and extremism is now widely considered as the foremost problem for Pakistan. I don’t find it misplaced to blame the deep state for the acts of militants and fanatics whose direct connections with said deep state are now thirty years old. It does not interfere with a sincere recognition of our soldiers who, like police and citizens, die every day at the hands of these extremists. Many institutions, vested interests, and individuals have contributed to creating the Islamist terrorist network in Pakistan. The Jamat e Islami, Saudi wealth, true believers in Salafist Islam, Deobandi extremists, CIA, RAW, etcetera. There is a long litany of real or imaginary sponsors and, to be honest, most of them have played a role.

But here I have a couple of simple questions Could all these militants, which are now estimated to number about a million, have come together and proliferated if the Army high common had not viewed them as assets against India, means to seek strategic depth in Afghanistan, and a force to wage jihad at our bidding? Would they continue to prosper today if the Army had reviewed its strategy some twelve years ago to let go of its support to Islamist extremists? As we know, most Pakistanis are not any different from their Indian or American counterparts in devotedly believing their security establishment in defining who is a friend and who is an enemy. Now the country has ended up with a huge conglomerate of all kinds of extremist groups. Some are local phenomena and others function at the national level. Some are warlords and others are drug barons. Some are religious fanatics and others act as agents at the behest of our enemies. These continue to flourish because of broken law and order and a weak prosecution.

So, now these extremists together have become strong enough to inspire fear that were army to move against them it might lead to a civil war. But then what do we do? Leave them alone? In any case the army holds the key. No other institution (police, judiciary, civilian intelligence agencies etc.) is strong enough to combat them. Only the army can do it but for that it has to be first able to divorce the misplaced strategic notions (like strategic assets etc.) it has long espoused.

The people will be behind the army. Remember how people supported army’s going hell for leather into Swat a few years ago? While the deep state can no longer control these extremists, it can also not fight them while supporting and using their ideology. The commanders of our armed forces need to rethink and critically reassess their priorities and the stakes involved and the responsibility that devolves on them as a quid pro quo for the privilege and obligation of commanding the nation’s security apparatus to lead it to a safe, peaceful and prosperous future. The army is convinced that it is the saviour of last resort. Now is the time to fulfil the pledge that conviction entails.

TAILPIECE: As regards the perils of making a DG ISI the COAS, one may refer to Najam Sethi’s editorial in an issue of Friday Times about a year ago.