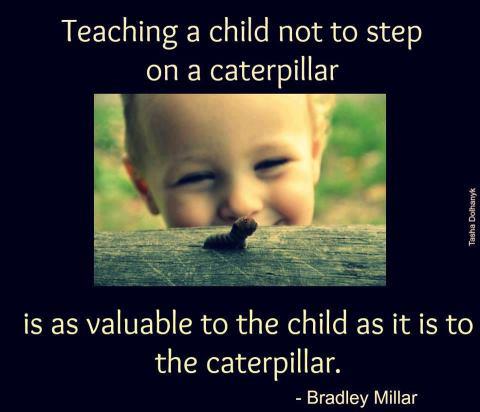 PREFACE: So much has been written by much better people about the fallacy and inaccuracy of the history taught in Pakistan’s curricula that I can hardly add any dimension or wisdom to it. But let’s try and address the subject from a different angle. The fact of the matter is that the history taught in our schools has tended to encourage the most general and terrifying of existing evils, human presumptions and particularly intellectual arrogance, which can be termed as self-righteousness. That wrong history is being taught at all academic levels in Pakistan also means that the first need of the people like me is to unlearn most of what has been taught. In Pakistan it unmistakably becomes the kind of prejudice and conceit that led Paul Valery to call history the most dangerous product ever concocted by the chemistry of the brain. Valery wrote: “It (History) causes dreams, it makes nations drunk, it saddles them with false memories, it exaggerates their reflexes, it keeps their old sores running, it torments them when they are at rest, and it induces in them megalomania and the mania of persecution. It makes them bitter, arrogant, unbearable, and full of vanity.” All of this – prejudice, paranoia, conceit, arrogance, false memories, exaggerations, and absurdities – rings true when one considers the history that is being taught in the academic institutions of Pakistan.

It seems that the creation of Pakistan shaped an artificial imperative to distort the history of Indian subcontinent. Pakistani scholars have knowingly ignored what is written in Vedic scriptures, saying that they are mythological and not historically worth believing. They claim they know better than India’s native scholars and scriptures know. The East India Company brought in missionaries and introduced them as Sanskrit scholars, with the help of bribed poor Pundits, to translate Indian scriptures to fit in their hidden ethno-political agenda. While we gladly inherited and owned those notions, it may be worth our while to know that this has happened not only with India, but with several countries, colonized by the West, particularly by the Britain. Histories have been written by victors. Their pen had colonial power to write what they wanted to, with the purpose to infuse in the Indian psyche ethnic inferiority complex. They succeeded. Impressions, implanted by first histories, become too deep to get erased. Post-independence sixty five years on we have used the same bullshit and have mixed it with a nonsensical Islamic glory in India to concoct a heady cocktail to make us Pakistanis feel high.

HISTORY AND IDENTITY: The heritage of the natives (mainstream Muslims) of Pakistan is five thousand years long and even longer. Wrong and misinterpreted history has confused us about our identity and about the antiquity of our heritage. Our popular narrative of history has a gap between Mohenjo-Daro and Taxila’s ruins and the invasion of India by the Muslim conquerors as if Indus Valley civilization was alien to India. So many questions remain unanswered as if we all arrived with one Muslim invader or the other. If you want to destroy a community, confuse its ethno-cultural identity and heritage. A superficial, confused, and distorted notion of history is far more dangerous than ignorance of it. In our desire to look more Arabs than Indians, we have blindly endorsed most of the ethno-socio-cultural theories postulated by the Islamists.

Unfortunately, after the birth of our nation, nationalism was politically branded as communalism. Such sort of contra-nationalistic thinking was considered as patriotic and nationalistic persons were criticized as traitors or unIslamic or both. Incidentally, the illiteracy among the massive rural segment of the society has prevented many from reading such a wrong and ethnically injurious history and a wide majority of people are at ease with their respective ethnic identity and heritage. They remain blissfully ignorant that mimicking Arabs makes us better Muslims. Paradoxically, the illiteracy has provided them with cultural immunity.

ARAB INVASION IN 711 A.D: Famous historian Henry Cousens writes: “When the good old times under Hindu rule gave way to Muhammadan domination, the principal concern of its rulers seems to have been for the selfish pleasures of the living and the glorification of their dead. It has been a country very fruitful in the production of pirs or holy men; and, though some of these have, no doubt, been earnest disciples of the Prophet, many more have made it a cover for base and selfish motives.” The cultural face of Sindh was systematically transformed from ‘Indian’ to ‘Arabo-Islamic’. The names of most of the towns, cities, lakes, rivers, canals, and various public places were changed to erase their original identity somewhat like, post 1947, Ram Baugh in Karachi was renamed as ‘Aaraam Baugh’. Original names reflect history and distortion or mutilation of history is done by burying them too deep to see the sunshine. A book titled: “Five Thousand Years of Pakistan: An Archaeological Outline” was published in 1950, when Pakistan was only three years old. In its Preface, Fazlur Rahman, the then Minister of Commerce and Education in Pakistan remarks: “This book has been compiled for the purpose of presenting both to Pakistan and to the outside world a brief sketch of the imposing material heritage of Pakistan in the form of ancient buildings, sites and cultures prior to the death of the emperor Aurangzeb in A.D. 1707. In quantity, in range and in quality, this heritage is one of which the new Dominion may be justly proud.” Mr Rahman, cleverly, seems to have avoided the use of word Indian or Hindu, although there is a reference to Buddhist art. Which simply means that he is reduced to calling it as “material heritage of Pakistan” and not cultural or spiritual. Yet he brags about the five thousand year old heritage of Pakistan. I give this as an example because it stems from the time in our history when the foundations of Pakistan’s history-related agenda were being laid. The attitude in this book forebodes how the history was to be distorted and mutilated in the new republic.

EFFECTS OF NARCISSISTIC HISTORY ON THE YOUTH: We think we’re exceptional, and we’re just waiting for the world to realize how superior we are. Let’s browse some common dynamics from this profoundly dysfunctional narcissism in our history syllabi. It is all about image. The message is: we are stronger, better, have no problems, and we must put on the face of perfection. Mistakes are denied and not discussed. This causes a lack of accountability and honesty, not to mention other psychological disorders. Everything that children study early on in their lives affects them in some way. During Zia`s regime hate material was profusely incorporated into curriculum to inculcate the spirit of Jihad among the Pakistani as well as Afghan students to prepare them for Jihad against the Russian forces. Most of those curricula continue to linger. Recent research has shown that glorifying a militant past to children can cause later aggressive behavioural problems. Such behaviour by children and young adults can include violence against others, lack of remorse for consequences. It desensitizes them to violence and makes them believe that violence to a good end is normal behaviour. These thoughts are often said to be difficult to change later on in life. Hence, there is clear connection between the violence -especially that inspired in the name of religion- in Pakistan and Pakistan’s education curriculum. Even though, to most of my fellow countrymen Pakistan derives its legitimacy from religion, religion does not have to form an overwhelming part of the country’s curricular content. If at all, Pakistan was supposed to be a country where Muslims would be free to practice their religion and not a melting pot of religious indoctrination. Misplaced ideology has engendered this country’s quest to be the leading Islamic power and the protector of the faith around the globe.

What is most important to note here is that it is well night impossible to teach a young mind to hold, let alone balance, contradictory impulses like learning to hate some people’s guts and yet be full of love for others. Or to think of oneself and one’s religion as unequally superior and to not to consider others and their faith as inferior. Or that our religion is a great uniting force, whereas all others are evil dividing forces. A child being imparted such educational campaign is being brought up more than just to despise Jews or Hindus; he is being taught how to hate in general. When children are taught that it is fine for them to harbour hate or contempt for someone, they subconsciously start paying attention to the negative aspects rather than the positive. When that happens, a child won’t notice the good traits or actions of the others he considers as different, but focusses instead on anything that can be framed in a bad light. If a child is taught to despise a people over nationality or religion, this initial lesson in outward hostility doesn’t just stop there. It also moves towards other people throughout his life as the hate instilled in his very core gets hoisted on to anyone he considers as different or ‘flawed’. I have also seen that children who are not taught to think for themselves at an early age then grow up to live in a state of denial of all inconvenient truths and facts. This is exactly what has happened in Pakistan. Conspiracy theories and the readiness to throw labels on people or religions provide a perfect refuge in denial.

THE WAY FORWARD: Dr Mubarak Ali, a famous Pakistani historian, says that the distorted facts and the “fictitious” history that is being taught in Pakistani schools are responsible for breeding hatred among the young. He refers to the words “conspiracies, intrigues, treachery, prejudices, enmity with Muslims, collusion, Hindu mentality and political tactics” being frequently used that give an impression that “Hindus could not be friends with Muslims”. Dr Ali refutes the frequent claim that the Muslims of the sub-continent blamed the British and Hindus for their backwardness. “If we go through the real history, we find that Muslims were not as oppressed as they have been painted in the history books”.

We need to create curricula filled with knowledge that will flow through us to the future and stop the legacy of distorted historical narrative inculcated over the past sixty years. The real solution lies in the separation of state and religion. This would prevent the negative use of religion from controlling politics and religious sentiments from influencing relations between different communities. In order to maintain peace and cooperation in Pakistan, it is desirable to rethink and re-evaluate the concept of secularism. A soft secularism is what can work in Pakistan. It should not harm the religious sentiment but at the same time separates the religion from state by implementing reforms for tolerance, non-violence, pluralism, and inclusivism.

Secular Liberalism is the only way forward. All the benefits of modern society in health, education, welfare and prosperity derive from the application of secular liberal values in research, investigation and scientific method.
Secular values did not lead to, or cause, the crimes committed by communist or totalitarian regimes. All knowledge and power can be misused. But people do not go to war over science. They do go to war over religion.

The way forward is to question our curricula, to seek and infuse the truth wherever it may lead, without fear or favour. Reason and evidence should be our guide. We should base our education on universal principles of human values, compassion, honesty, freedom, and justice. Only then will we be on a path to a country perfectly at peace with its place in the world.

N.B: The White Legend is a term used for the style of a pro-Spanish historiographical school, which describes Spanish history in an exaggeratedly favourable manner.