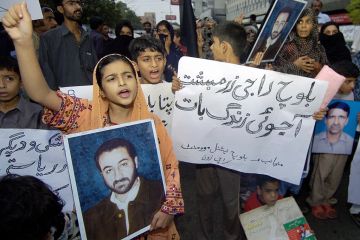 As evidenced by the comments coming forth, my article “The White Legend of Pakistan’s Creation” seems to have received warm attention. I always value the viewpoints that diverge from mine as difference in views opens the doors unto learning. However, many of the comments suggest that I need to clarify a bit my article’s perspective. As I said right at the beginning of my article, so much has been written, by better minds, to debunk the inaccuracies in our history curricula that there is very little value I can add in that respect. Therefore, the purpose of the article was simple and can be recapitulated in three points as follows:

1. Like Physics, Chemistry etc, history too is a subject and should be viewed as such. History has nothing to do with religion. Also history is not a matter of opinion, belief may be.

We often base our opinions on our beliefs and, rather than facts driving beliefs, our beliefs can dictate the facts we choose to accept. They can cause us to twist facts so they fit better with our preconceived notions. So many people in our society inhabit a closed belief system on whose door they have hung the “Do Not Disturb” sign, that they pick and choose only those facts that will serve as building blocks for walling them off from uncomfortable truths. Any journalist or writer whose reporting threatens that belief system gets sliced and diced by its apologists and polemicists. Examples include the rampant obfuscation of Shia Genocide, minorities’ persecution, women’s abuse, paedophilia etcetera. To be fair it happens in other societies too, but without violence. For example in the US many people still believe Obama was born in Kenya, not Hawaii, as his birth certificate shows; or that he is a Muslim, when in fact he is a Christian.

Therefore, History’s main purpose is to “set the record straight” with no judgment or steer as a narrator. Thus the history exposes what beliefs had obfuscated at the time of an occurrence. For example, we are beginning to come to terms with the realities of 1971. Descendants have a duty to reflect on “sins” of ancestors (we all have our share of skeletons) just to make sure these are never repeated. For example, an Indian may feel it a duty to think of the horrors of the caste system, even if he himself is not guilty of caste prejudices. Similarly, we need an honest account and appraisal of what we did wrong in East Pakistan. The problem I have with our curriculum is its lack of critical balance.

How do we expect to connect the present to the past, stretching young imaginations across the time zones of our experience, by rigging the account of the procession that brought us here? If that wise man George Orwell were around today he would confirm that “like the rattling of a stick inside a swill bucket,” this kind of propaganda engenders a “protective stupidity” almost impossible for facts to penetrate. I have realized that it is only through an unsullied honouring of reality that we can approach the myriad and messy truths of human experience. Young minds must be nurtured to draw the right lessons to lasting effects from the truths that must be told. Otherwise we will see a Pakistan that will be more and more unable to deal with reality.

2. It is true that Pakistan does not enjoy a monopoly over toxic textbooks or demonization of minorities. Many countries do it. However, any number of wrongs cannot add up to one right.

That it takes place elsewhere also does not lend legitimacy to what is wrong or false. The nations that have prospered in modern times are the ones that exercise introspection and seek improvement in their matters. Justifying one’s shortcomings by citing others’ examples only denies progress. That’s why, in my writing or speech, I never cite analogies from elsewhere unless these serve a constructive purpose in helping understand the issue at heart. Otherwise I focus on what is wrong with us and what we need to correct it. What happens in (for instance) India or China is their problem and not mine. Similarly, in my previous article I confined myself to our curricula and that we need to correct it in order for our country to make progress.

It is a fact, for instance, that in many of our books religious minorities are often portrayed as inferior or second-class citizens who have been granted limited rights and privileges by generous Pakistani Muslims, for which they should be grateful. No amount of our rabble rousing fanatics and self-serving politicians could match the damage inflicted by toxic textbooks. Released in July 2010, the Brookings Institute report claims that the real cause of militancy in Pakistan is the public education system and not religious schools (madrassas) because the majority of Pakistani students attend public school whereas only ten per cent attend madrassas. It states that Pakistani public schools disseminate militancy, hatred, and jihad and distort history.

3. Many countries gloss over the painful episodes of their past while teaching history to their younger generation. That is fine; there is no point in unnecessarily reliving the trauma. However, as I explained in my article, our narrative of history is engineered to inculcate in our kids the attitudes that are not positive. For example, the right to judge, arrogance, superiority, self-righteousness.

The account of history can be rectified later in life but these early-age attitudes remain with us for life. And that to me is the main drawback of our curricula. This attitude is evident in some of the e-mails I have received in response to my article, which instead of looking for the balance are pompous bits of meaningless fluff following our textbooks in presenting ourselves as noble people who are incapable of murder, genocide, and intrigue and assert that it is actually other races and religions who have been targeting us. This also reflects what is largely happening in Pakistan and, to me, we have reached this pass through a designed and steady distortion of history and textbooks.
I want to hammer home that the history and curricula we teach in our schools have a huge human impact. Clinical experience and research show that a child brought up in narcissistic environment grows into an adult with emotional and psychological problems without a clue about how he or she got that way. Denial is rampant in the narcissistic system. The narcissistic system hides profound pain. Hence, our calculated doctoring of the facts has a massive psychological, social, and human impact on young impressionable minds and psyches. It impacts lives as did the financial crisis of 2007-8 by looking single-mindedly for profits, without taking into account the collateral damage. Bloodshed is the result when one uses religion (or nationalism) for politics and enduring prejudice takes roots after finding its way into the kids’ history books.

I won’t undermine my chances of keeping your attention by a lengthy summary here.

Our curriculum exposes the difficulty of navigating a world where one is expected to partake of western secular education and all the values and privileges that come with it, and still be hostage to the commanding beliefs of one’s own culture. It is a simple narrative of the practical difficulties in governing societies under two conflicting political systems rooted in incompatible values. While we yearn for western-style governance, we view many of its values –like equality, freedom of expression, liberation of women- cloaking sinister anti-Islam motives. Against these tendencies it is an uphill fight to stay the course of proclaiming the truth. We have to keep reassuring ourselves and one another that it matters and we have to join forces to defend and safeguard our independence. If we don’t we would be left to the mercy of the agitated extremist amnesiacs who make their own reality, banishing history to the memory hole, where inconvenient facts simply disappear, like does Big Brother in Orwell’s novel “1984”. Control of the present rests on obliteration of the past. While they may have not been able to ‘squeeze us empty’ they are surely ‘filling our children with themselves’.

I have had to spend long hours with my children helping them understand why ransacking the temple of Somnath, pulling down the Babri Mosque, demolishing the statues of Budhha, and blowing up the shrines of Sufis and Imams deeply revered by millions are all equally wrong and profane. Now, you can understand how it is that search for truth became for me a continuing course in adult education, matriculating as a perpetual student in the school of life. That’s what keeps us going, isn’t it? The conviction that all the bias and ignorance notwithstanding, truth is what matters to critical thinking, that if we respect and honour it, it just might help us right the ship of Pakistan before it rams an iceberg too big for it to survive.