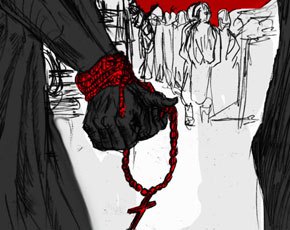 While Shahbaz Sharif led PML-N government has practically refused to punish the PMLN-ASWJ leaders and militants involved in attacks on Christians in Gorja or Joseph Colony Lahore, its intentions about financial compensation of the victims are equally dubious. Shaheed-e-Haq Shabaz Bhatti clearly held Sipah Sahaba Talibaan of ASWJ LEJ responsible for Gojra incident. Instead of holding those these people to account PMLN has made electoral alliances and developed very thick ties.

The patronage of terrorists by PML-N has been well documented in the Joseph Colony incident.

One response to “PML-N backstabs the Christian community again”