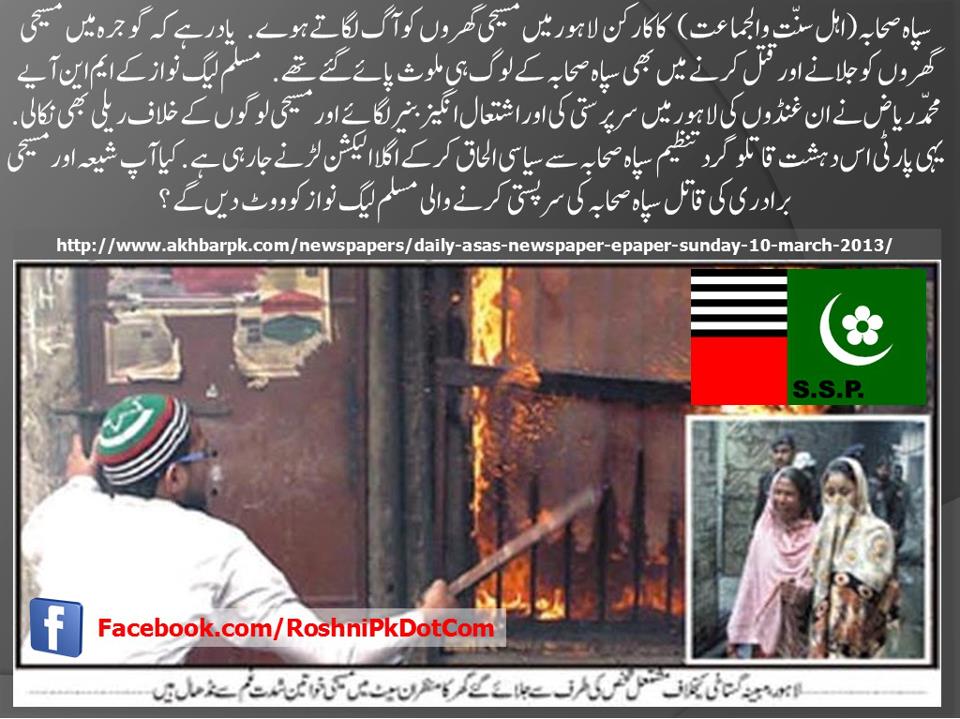 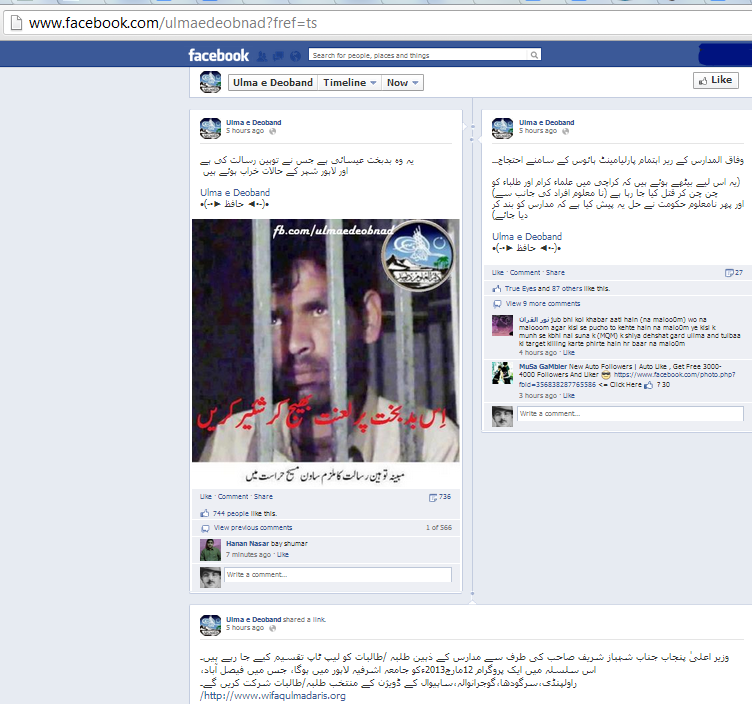 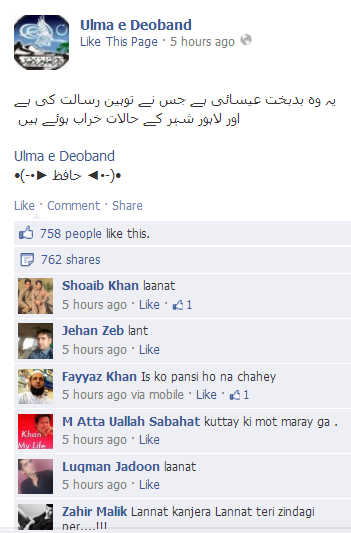 The Ulma-e-Deoband web portal is alleged to be moderated by a Pehsawar based JUI-ASWJ activist Aamir Saeed Deobandi who is often seen on Twitter being encouraged by certain known “liberals” e.g. director of a pro-establishment think tank and also a female NGO-liberal who happens to be a niece of LeJ’s co-founder Akram Lahori and has in the past harassed and threatened Shia activists and professionals. Here’s a documented evidence:

We are concerned about safety of Pakistan’s Christian community, particularly Savan Masih. We demand the Interior Minister Rehman Malik and CM Shehbaz Sharif to:

1. Provide full protection to Savan Masish and other Christians in Lahore and other areas of Pakistan.
2. Take action against the Ulma-e-Deoband hate site and those who moderate it and those who encourage.
3. Arrest Takfiri Deobandi militants of ASWJ-LeJ and their patrons in PML-N.

Video clip on Lahore attack on Christians by PMLN-ASWJ thugs