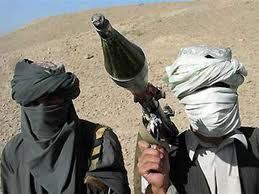 Catriona Luke has written a good piece on the role of Saudi Arabia in funding global terrorism and providing ideological support. Kabul’s $100m mosque: a sign of a heavyweight battle for post-2014 Afghanistan

However, there are a few mis-characterizations:

“Meanwhile, Pakistan is caught up in increasingly difficult waves of terrorism and persecution aimed at its minorities and particularly those who are Shia, Ahmedi and Christian.” “The media in Pakistan cannot openly discuss the funding of Sunni terrorist groups from Saudi Arabia and their sponsorship by the Pakistan military.”

While Cortiona Luke admits that Pakistani media is compromised and obfuscates the Shia Genocide and persecution of other communities in Pakistan, she is still proceeding to accept the mis leading narrative of Sunni terrorists propagated by the compromised Pakistani media. The correct term to use with be the Takfiri Deobandi terrorists or Takfiri Doebandi militants.  Indeed moderate Deobandis and Sunni (Sufi/Barelvi) Muslims have been the targets of the Takfiri Deobandis. Molana Hassan Jan was one such Deobandi hero. It is really important to accurately point out these killer groups for western media, there is too much pressure on Pakistani media will never do this.

“The AfPak region has been defined by a Saudi proxy war since the 1970s. The huge oil wealth of Saudi Arabia, and the US dependency on it, is complicated by Saudi Arabia’s battle for supremacy with Shia Iran.”

While it is true that the United States is trying to manipulate the Saudi and other Arab monarchies to stand up against Iran. This is limited to the Monarchies. The atrocities against Shia are not a battle for supremacy between Iran and Saudi Arabia. There are no organized killer groups funded by Iran in Pakistan or any other country that indiscriminately kill Sunni Muslims or others.

Is Shia genocide in Pakistan an outcome of Saudi-Iran proxy war?

Full article can be read at the following link:
https://lubpak.com/archives/223752

Indeed the monarchs and dictators are waging war on Shia world wide we see this in Indonesia and other countries where small pockets of Shia exist. The main reason for this a more traditional one. Shia by definition stand for denial of oppressive monarchies. The United States and Western governments need to understand that their true ideological enemies are the Al Queda brigade and refrain from strengthening them further. The oil from Saudi Arabia can still flow if a Democracy replaced the Monarchy. All shia are not Iranians, they have their own regional political considerations. The anti-monarchy Shia are closer allies of the West.