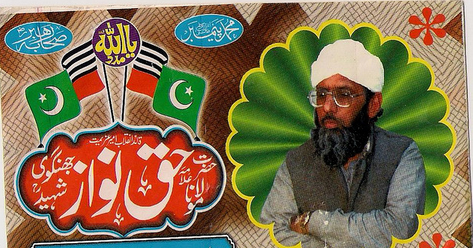 Sipah-e-Sahaba was founded by Haq Nawaz Jhangvi who received generous logistic and financial support from Pakistan Army and Saudi Arabia.

It is a fact that Takfiri Deobandis (Sipah-e-Sahaba ASWJ, Lashkar-e-Jhangvi, Taliban etc) represent only a tiny minority of Pakistan’s Sunni population and are also rejected by the majority of moderate Deobandis (Maulana Fazl-ur-Rehman, Maulana Shirani, Qazi Hussain Ahmed etc).

Also, it is a fact that since 1980s, Takfiri Deobandis have been recruited and used by Saudi Arabia and Pakistan Army to conduct Jihadist operations in Afghanistan, Kashmir and other countries. The warm relationship between ISI and ASWJ/Taliban and State-support to Takfiri Deobandis continues till today.

It’s, therefore, no surprise that the footsoldiers who killed Shaheed Mohtarma Benazir Bhutto in December 2007 were Takfiri Deobandis of the Taliban and Sipah-e-Sahaba (ASWJ).

Thanks to the internet, it is possible to examine how hatred of Benazir Bhutto and other moderate Sunni, Shia and minority community leaders was systematically spread by preachers of hatred and violence.

We are providing two examples in this post to demonstrate how Benazir Bhutto’s murder was enabled and initiated in 1980s by none other than Haq Nawaz Jhangvi, the slain founder chief of banned Takfiri Deobandi group Sipah-e-Sahaba Pakistan. It may be recalled that the defunct Sipah-e-Sahaba is currently working as Ahle Sunnat Wal Jamaat under the protection and patronage of Punjab Chief Minister Shahbaz Sharif (PML-N).

Here are two examples, two speeches by Haq Nawaz Jhangvi (Chay Lakh Inaam, and Benazir Ka Operation) which were very effective and fatal in spreading hatred against women in general, Benazir Bhutto in particular, consistent with the Takfiri Deobandi ideology. 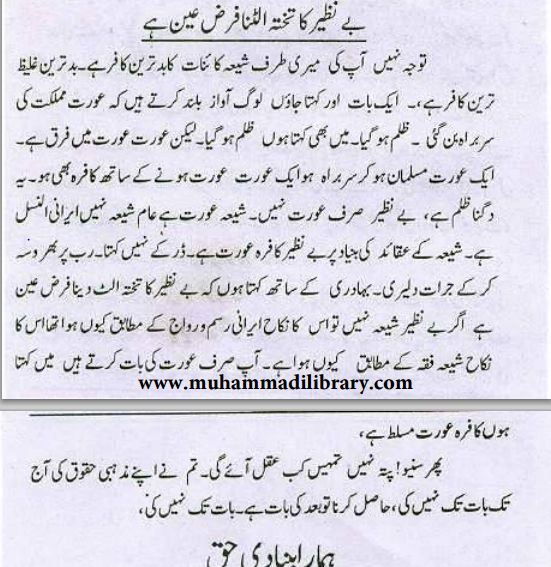 Except from Cheh Lakh Inam – speech by Haqnawaz Jhangvi 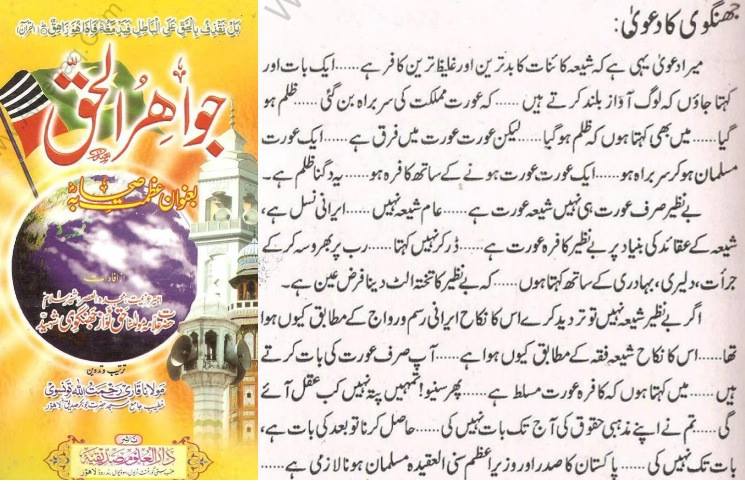